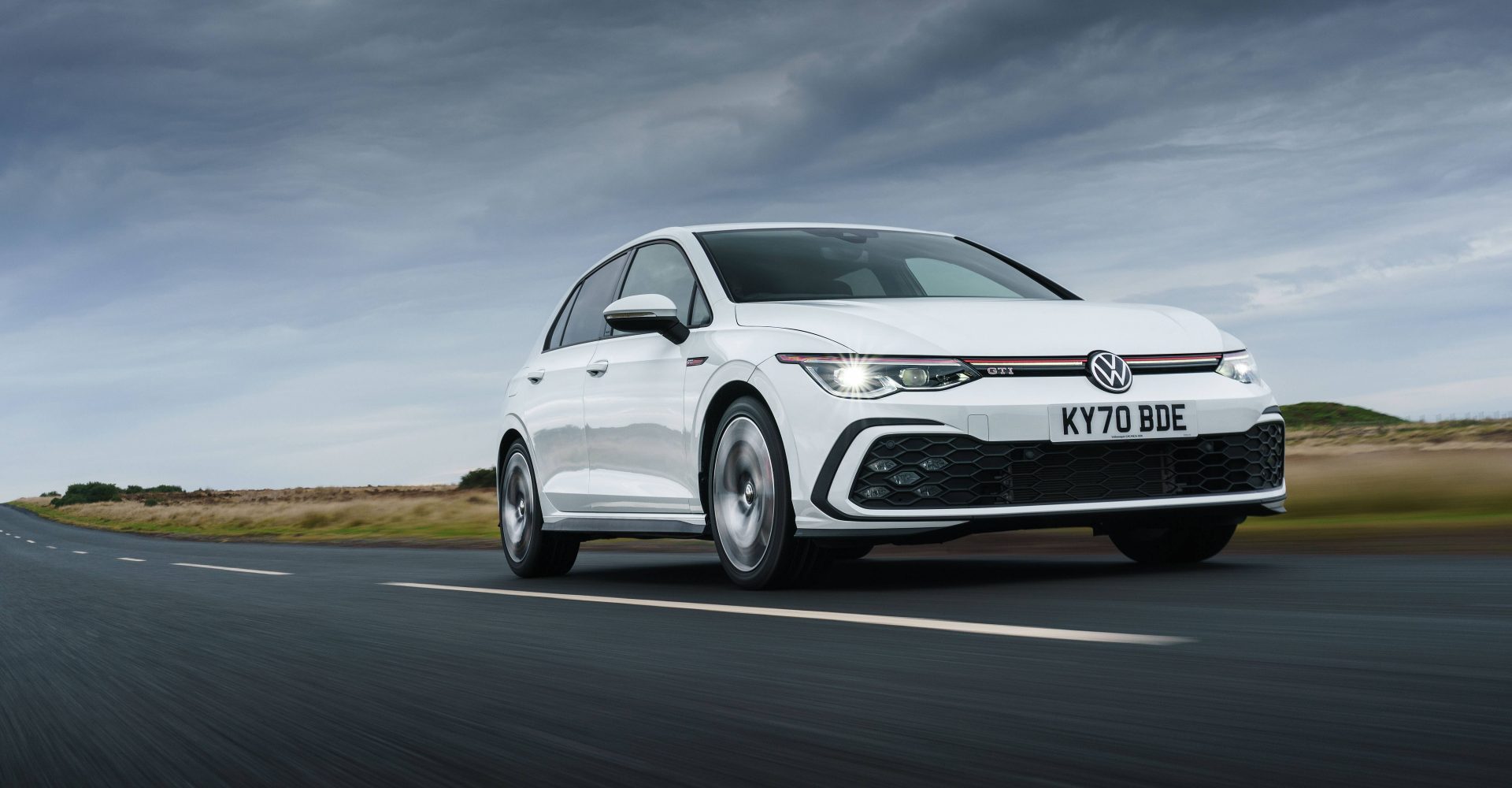 Well, it needs little introduction, does it? The Volkswagen Golf GTI has been ingrained into the motoring world for decades now, offering a classless appeal that spans generations. Now, as the Golf moves into its eighth generation, so a new version of the famous GTI appears on our roads.

And like most recent Golfs, this latest GTI arrives with a whole lot of expectation put upon its shoulders. However, with a new platform and a striking look, the GTI appears to be geared up to impress. The question is, can it? We’ve been behind the wheel to find out.

Quite a lot is new about this latest Golf GTI, but you can tell that Volkswagen has put a real emphasis on making sure that this latest iteration of its famous hatch is as good to drive as possible. It has, for instance, a locking front differential which was previously only available on Performance and TCR versions of the previous-generation GTI. It’s put in place to give the car even better traction when accelerating out of corners.

We’ve also got a completely new cabin with a far greater emphasis on the digital side of things but contrasted by some key GTI hallmarks like tartan upholstery. You can see Volkswagen trying to bring as much new tech forward as possible without losing some of those classic GTI touches.

The Golf GTI utilises a familiar 2.0-litre turbocharged petrol engine producing 242bhp and 370Nm of torque, sent to the front wheels through a seven-speed automatic gearbox – though a six-speed manual is available, too. It matches the output offered by the old GTI Performance models, both in outright power and torque.

Zero to 60mph takes a claimed six seconds while flat-out the GTI will manage 155mph. On the economy side of things, the GTI does well too, with a claimed consumption figure of 38.2mpg and CO2 emissions of 168g/km around what you’d expect from a car in this segment.

The experience that you get from behind the wheel is a core part of the GTI’s historic appeal. It needs to blend the ability to manage the day-to-day driving that we all do while also adding sparkle that’ll liven up even the dreariest of days. And, for the most part, this latest eighth-generation GTI does the job. It’s easy and hassle-free to drive at slow speeds (though the ride stands a little on the firm side) yet the performance on offer is more than enough to add a dash of adrenaline when you need it.

Yes, the front tyres do struggle if you ask too much of them – a big stab of the throttle on a cold January day causes them to scrabble for grip in first and second gears – but by and large, it manages its power well. There’s a lot more power than outright numbers suggest, too, with the GTI pulling strongly, particularly in the middle of the rev range. That suspension firmness does mean that the car’s body roll is kept wonderfully in check, but the by-product of this is that it’s simply not as comfortable to live with at slower speeds as before.

This latest GTI is a far angrier and focused-looking affair than its predecessor, with its sharp front headlights and wide-stretching front light bar giving it a futuristic and eye-catching aesthetic. It’s still a well-rounded look in terms of outright design which ensures that the GTI won’t look out of place wherever it goes.

It’s noticeably similar to the outgoing Golf around the back, where the dual exhaust pipes take pride of place at either side of a black diffuser-style trim piece. The GTI badge has moved from the side of the boot lid to the centre, and though this does put more emphasis on the name, we preferred the understated way it was shuffled to one side previously.

Get into the GTI’s cabin and you’re met with high-quality materials and an area which is dominated by screens and controls. The part-haptic steering wheel controls are a slight negative from the off as they can prove a little counter-intuitive to use when you’re on the move. However, this GTI gets the fundamentals spot on with a good seating position and a decent amount of space for those sitting in the back.

When it comes to boot space it does well too, bring 374 litres of seats-up space when you lift the rear hatch. You can also extend this by folding down the rear seats, furthering the GTI’s practicality credentials.

As we’ve seen with the standard car, things have taken a seriously digital turn with the Golf GTI. We’ve got a 10-inch digital display ahead of the driver – with pleasantly clear and easy-to-read graphics – bolstered by a second 10-inch display which handles all of the infotainment jobs. All the major interaction points are easy to use and simple to get up to speed with.

The tartan seats are present and correct, though the golfball-effect gear shifter is replaced by a small stubby lever for selecting gears in this automatic model. Some of the button layouts can be a touch bewildering – like the rear screen heater button located to the right of the driver next to the window controls – while the main heating and ventilation controls being located within the infotainment system can make things fiddly from time to time. The GTI does, however, bring a comprehensive list of standard equipment which more than justifies its £35,010 starting price.

To say that this latest GTI arrived with a real job on its hands to impress could be somewhat of an understatement. This car does move things on but in an unexpected way; it’s somewhat harder and more focused than before, bringing more excitement into the fold at the detriment to its everyday usability. Some might see that as a bonus, while others who favour a car that’ll be soft and pliable when it needs to be might not.

Either way, this is still one seriously capable hot hatch and one which will feel like a sure-fit for many.