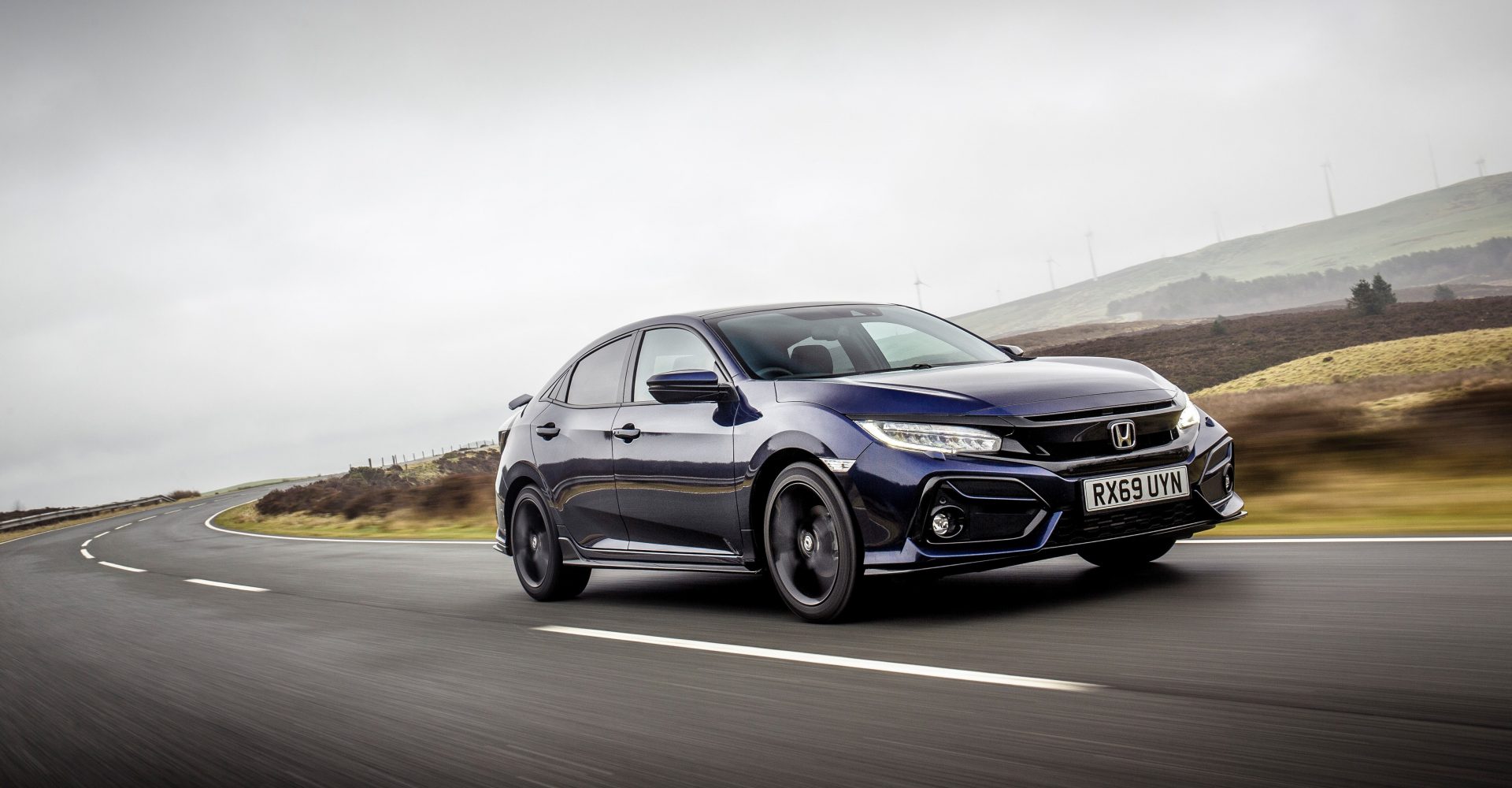 It wasn’t all that long ago Honda introduced its latest Civic — 2015, in fact — and it launched to a pretty good reception.

Since then though, a new Ford Focus has arrived, Volkswagen is about to launch the next Golf and Kia’s Ceed has entered a fresh generation too, resulting in fiercer competition for the British-built Civic than ever before.

With that in mind, Honda has given a bit of a nip and tuck to the hatchback in a bid to keep it amongst the front of the pack. Are changes effective? We find out…

It’s evolution rather than revolution for the new Civic, and you’d be hard-pressed to notice a visual difference on most trim levels, to be honest.

We’re trying out its new EX Sport Line trim though, which brings a host of aesthetic goodies to the car in a bid to give it a racier look — a bit Type-R-inspired if you go by Honda’s marketing strategy.

No mechanical changes have been made, but there are some range-wide improvements inside the cabin as well. Physical buttons have been added to the touchscreen as a result of customer feedback — meaning the car’s climate and volume controls are no longer encompassed within the infotainment system.

Powering our test car is the unaltered 1.0-litre turbocharged three-cylinder petrol engine, linked up here to a six-speed manual gearbox (a CVT is available, but unless you’re dead-set on an automatic, we’d avoid it).

As a result, the 0-60mph sprint is covered in 11 seconds with a top speed of 126mph possible. On the WLTP Combined cycle, Honda claims the Civic in EX Sport Line guise will manage 45.6mpg while emitting 110g/km of CO2.

It’s a powertrain that does remarkably well to feel more potent than it actually is. The figures would suggest something sluggish, but torque delivery feels strong low in the rev range and top-end power feels just about enough in most driving conditions. It may not do the looks justice, but it’s certainly no slouch.

One of the strongest points of the Honda Civic has long been its driving experience – almost on par with the Ford Focus for engagement and clearly ahead of the Volkswagen Golf on that front.

That theme continues here, too. As we say, no mechanical changes have been made so the steering continues to feel involving and its ride quite sharp — albeit leaning on the firm side, particularly with the dampers in a sportier setting that doesn’t really enhance the car’s driving appeal.

Rear visibility continues to be a bit of a sticking point mind you, particularly with the rear wing the EX Sport Line brings, which doesn’t help its case around town but well-weighted steering and a good frontal view do help its case.

Visual changes across the range aren’t huge but certainly do exist. Base spec models benefit from a slightly revised bumper and tweaks to grilles, but not a lot else beyond that.

For EX Sport Line though, Honda has thrown a bit of Fast and Furious into the mix. Low-set side skirts have been fitted, as has a full-width diffuser at the back of the car and a rather large spoiler sitting on the boot. Rounding out the look is a set of 17-inch gloss black alloy wheels.

It’s not going to be as divisive as the wing-clad Type R, but the EX Sport Line is sure to capture a bit of that ‘acquired taste’ tagline. This particular reviewer loves the look, but those looking for a more subtle car may want to avoid this.

The biggest range-wide changes inside the Honda Civic come in the form of physical controls for climate and volume. It’s a little bit audacious to suggest these are cutting-edge, but the tweaks are welcome to us and surely to the customers Honda says have requested the return of buttons rather than housing them within the infotainment.

For EX Sport Line, new textured panels come to the dashboard while an altered seat design introduces red stitching in a bid to enhance the racier feel. Though subtle, these little additions are certainly effective.

Boot space remains at a remarkable 478 litres with all seats in place — putting it well ahead of the Ford Focus’ 375-litre capacity. Space in the rear row isn’t exactly class-leading, but you can seat a full set of average-sized adults with no real issues.

Changes may be minimal, but Honda has done well to continue delivering an impressive package with its latest Civic. The things that made it good — the driving experience and sheer space — have continued here and have been boosted with customer-driven improvements.

It’s certainly on the pricier side of things, though that increased boot space over key rivals might make that worth it alone, and while its looks are sure to be a little divisive, the overall package in the refreshed Honda Civic continues to be one right at the front of the class.