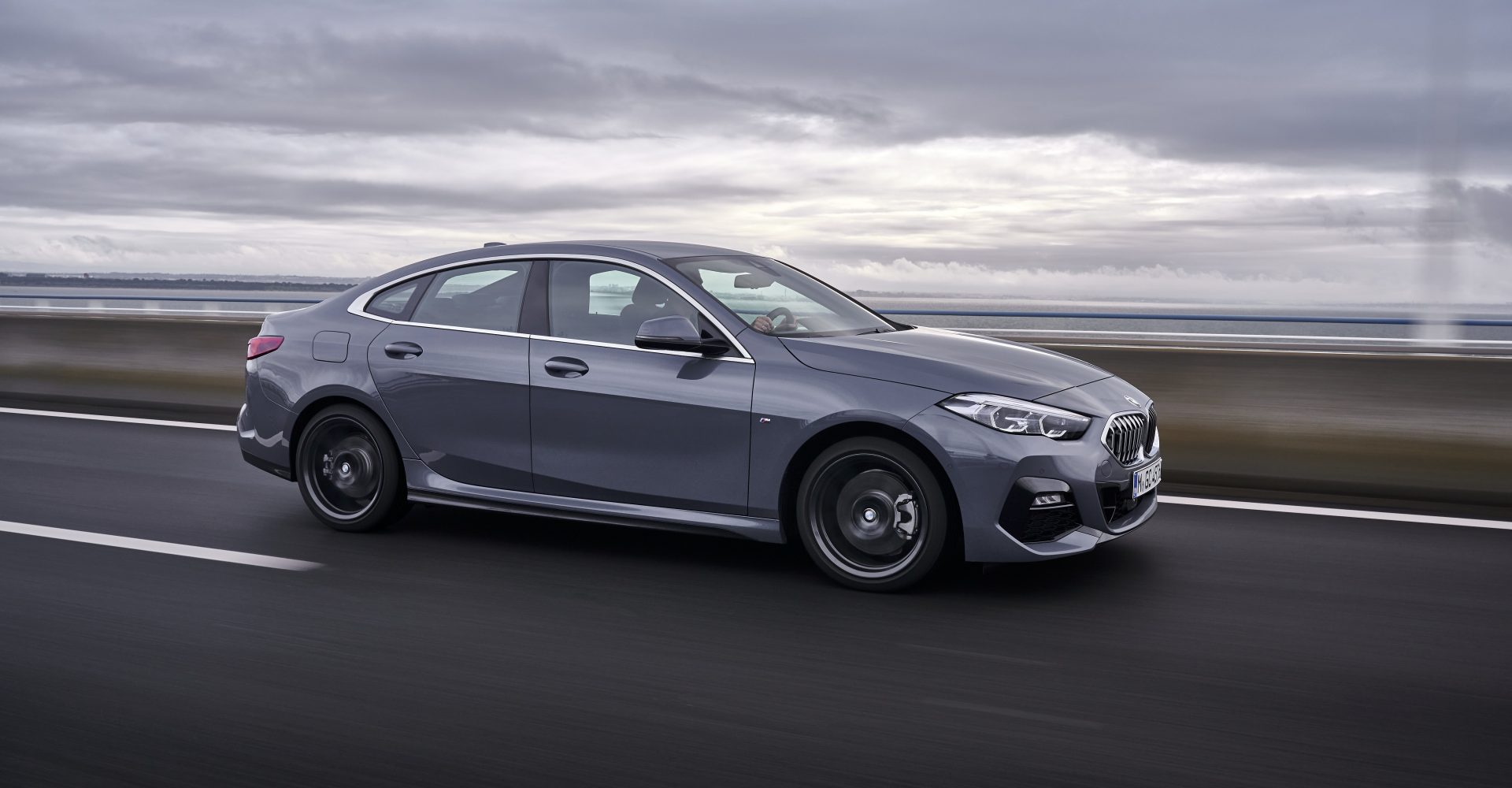 As is so often the case when writing about a new car from a premium German car manufacturer these days, this is a new, niche-filling model designed to expand the appeal of one of the firm’s existing offerings.

In the case of the BMW 2 Series Gran Coupe, that means taking the standard two-seat coupe, adding a couple of doors at the back, increasing rear passenger space, and making the boot bigger – though this model actually sits on a new platform that will under the next generation 2 Series Coupe. The idea is to appeal to buyers who want a small, practical four-seater but don’t want the larger 3 Series because it’s perhaps too big or expensive.

Under the skin the Gran Coupe is largely the same as the standard 1 Series, but there have been a few tweaks and upgrades here and there to account for the change in weight distribution that comes from having a longer rear overhang.

BMW is particularly proud of its frameless doors, which are a classy touch, while inside there are illuminated panels (borrowed from the 1 Series), which make the cabin feel a bit more special at night.

There are three engines available at launch in the form of two petrols and one diesel, as well as three transmission options – a six-speed manual and seven- and eight-speed automatics – depending on engine choice. The petrols are a 218i with 138bhp and a range-topping, performance-oriented M235i that makes 302bhp.

Perhaps bravely, given the UK’s rapidly diminishing diesel sales, BMW has given us the chance to test the only black-pump option. Badged 220d, it makes 187bhp and returns a claimed 62.7 – 67.3mpg.

For those travelling longer distances it will prove ideal because it sits comfortably at highway speeds and will return decent fuel economy. However, given the advancements of diesel engines in recent years, this one feels decidedly old school, with a bit of a chugging, unrefined engine note under acceleration; on the plus side, you get that satisfying low-down torque that makes driving diesels such a breeze, particularly when pulling off overtaking maneuvers or accelerating on motorway on-ramps.

BMW made a reputation for itself as the car enthusiast’s choice, putting driving dynamics ahead of all else, but it’s arguably swayed from that ethos over the last decade. It’s clear the firm is pushing to reclaim that crown, because despite ostensibly being a sedate family car, the 220d has super-direct steering and limited body roll, making it more fun on a B road than you’d perhaps expect. Our car was fitted with the optional M steering package, but BMW engineers assured us the standard steering is still sharp.

However, one key disappointment came from the refinement. There was plenty of road noise transmitted from the tyres into the cabin, and the suspension was stiff, meaning bumpy roads would rattle the car about somewhat. It’s definitely improved over the stiff, bumpy ride on the 2 Series coupe, but this more practical version could do with going further.

Again, our test car had the optional adaptive dampers, which allow you to choose between comfort and sport modes, so it’s unclear as yet whether the standard suspension would be smoother. Bizarrely, the more performance-focused M235i we also tested offered a more composed drive, despite being assured they had an almost identical suspension and tyre set-up, leading to bemusement from both driver and BMW engineers.

When the first photos cropped up online there was collective derision for the bland styling and awkward proportions of this Gran Coupe, which shares many design characteristics with the current 1 Series.

However, in the metal it looks much better. It still has its awkward angles – the rear wheels look lost in the bodywork, for example – but the chunky front end has a muscular look, as does the rear, with its thin-but-wide taillight design that exaggerates its width.

It’s one of those cars where every time you look at it your opinion changes, but the usual suite of M Performance Parts are available to spice things up and give it a much sportier edge, should you feel the need to gloss over any general styling concerns.

From a practical point of view, the extra doors really do free up a lot of space. There’s officially an extra 33mm of knee clearance in the back seats, and you certainly notice it, with adults able to sit comfortably. However, that tapered roof does mean headroom is quite limited, so taller passengers might find their hair brushing on the headliner.

As for technology, the headline news is that BMW has fitted its latest generation operating system that includes voice recognition and gesture controls. There’s also a lot of other useful technology normally found in models higher up the range, such as a head-up display and extensive driver assistance systems. One great feature is wireless updates, allowing customers to add extra functions after purchase or update the operating system, for example to add Android Auto, which will be available from July.

The aforementioned technology really makes the cabin feel a lot more modern than the outgoing 2 Series, with safety equipment including collision warning, automatic braking and lane departure warning all included as standard. Options include active cruise control, more advanced safety kit, a parking assistant, and the ability to use your NFC-enabled Samsung Galaxy as a key.

On the outside, there are 18-inch wheels fitted as standard with optional 19s – though given the rough ride on the standard-fit wheels the larger alternative might make the ride unbearable. Furthermore, M Performance Parts can be fitted to give a sportier look, while the top-spec M Sport trim adds a sports steering wheel and sports seats.

The initial reaction to a niche filler like this is to question whether it’s really needed at all, but the reality is that in the BMW 2 Series Gran Coupe there’s plenty of appeal. It’s not the most handsome model in the range, but its relatively small proportions and decent practicality make it ideal for small families while also being great to drive.

The 220d, however, is the least appealing engine in the line-up. The ride quality makes it less comfortable than even the sportier M235i, but on the flip side that model is more expensive to buy and run. Therefore, for those looking for a practical runaround the 218i would be well worth a test drive.