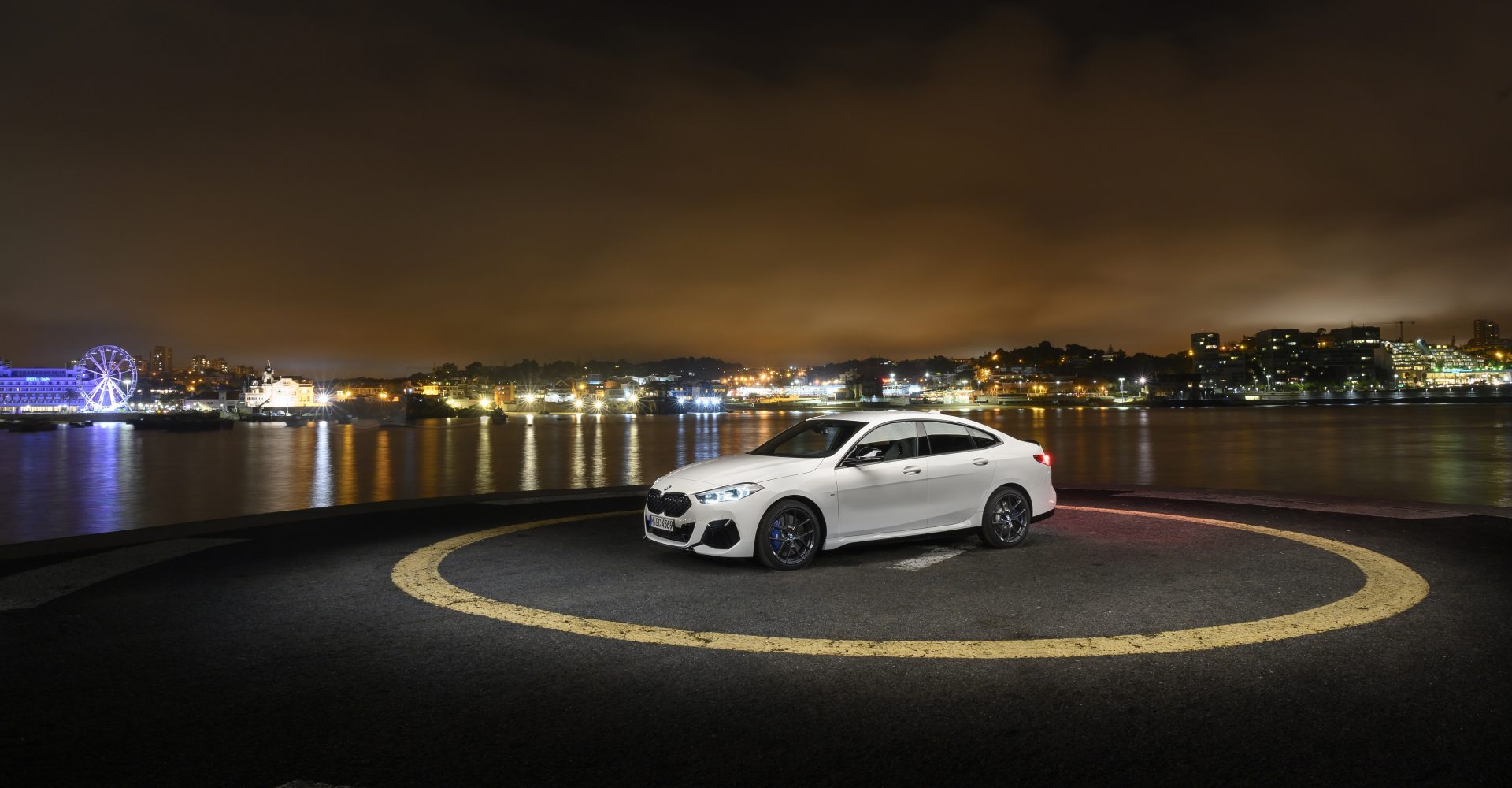 It’s that time again: German premium car manufacturer fills niche no one thought needed filling. The BMW 2 Series Gran Coupe’s brief is simple: to take the sleek coupe styling of the standard 2 Series and add rear doors and legroom to make a small but practical family car for people who don’t quite want the larger (and more expensive) 3 Series. This Gran Coupe actually sits on a new platform, though, which will also underpin the coupe at a later date.

In range-topping, all-wheel-drive M235i guise, BMW is appealing to those who want a performance car that’s more affordable than its full-fat M Division performance cars. It’s a recipe that has served the firm well in the past, so it’s no surprise to see the M2-Lite carried over to the Gran Coupe.

Under the skin the Gran Coupe is almost identical to the recently updated 1 Series hatchback, but with some tweaks to account for the change in weight distribution while also getting classy frameless doors and illuminated panels in the cabin.

The M235i variant gets a few extra bits over models below it in the range to justify the extra cash and make the most of performance. These include technical upgrades to improve the driving experience as well as aesthetic upgrades.

In the Gran Coupe there are three engine options available, with an entry-level petrol making 138bhp and a diesel making 187bhp, with manual and automatic transmission options on offer.

The M235i gets a 2.0-litre inline-four-cylinder petrol engine that makes a healthy 302bhp and 450Nm of torque, and with a 0-60mph time of 4.7 seconds and a top speed of 155mph, it’s clear that it’s at least somewhat deserving of that M moniker. Further proof that this is more than just a trim package is the fact this engine has been given new pistons, a larger turbocharger and optimised cooling.

On the road the engine is punchy, falling into the more-than-quick-enough category rather than being ‘scary’ quick like a proper M car would be. That makes it the perfect bridging model, with an accompanying rorty soundtrack and occasional exhaust crackle adding to the theatre.

It’s quick in a straight line, but what also impresses is the way it handles in corners. Even the standard models steer well, but with the all-wheel-drive system and built-in limited-slip differential, the M235i can handle sharp changes of direction with minimal fuss. That differential also means you can pin the throttle mid-corner and scoot away while maintaining a tight line.

BMW engineers assured us that the suspension set-up was almost identical to the rest of the range, but the M235i certainly felt more composed than the entry-level 220d model. It’s stiff enough to corner without too much body roll, but managed to smooth out road imperfections much more effectively, making it arguably the most composed model in the line-up for longer drives.

It’s fair to say that the 2 Series Gran Coupe has received a mixed reception on its reveal, and while even the M235i has its awkward angles, it’s definitely the best looking trim thanks to the sporty body kit. The rear looks wide and muscular, largely thanks to the full-width rear lights, while the frameless doors are a simple but classy touch.

To make the M235i stand out, the most prominent upgrades are a three-dimensional mesh design in the front grille and larger front air intakes. However, there are also BMW Performance Parts available to take the sportiness to the next level, with the subtle bootlid spoiler fitted to our test car a particularly nice touch.

Because of the new platform and extended body, there’s more than 33mm of extra kneeroom for rear seat passengers, which means that even taller occupants shouldn’t feel too cramped – though the tapered roof does impinge on headroom somewhat.

Overall material quality is excellent, though the difference between the M235i and less expensive versions isn’t immediately obvious. That said, this range-topping trim adds an M Sport steering wheel and excellent sports seats, which can be optionally clad in Alcantara. There’s also a crisp and clear touchscreen infotainment system, with an integrated voice-controlled assistant (that occasionally worked as intended).

The difference between this updated 2 Series and the outgoing model are subtle but obvious, with the on-board technology particularly responsible for making the model feel like a big step on. Standard equipment includes the firm’s latest operating system as well as wireless update capability, which allows owners to download new features after purchase or update the vehicle.

M235i-specific equipment includes 18-inch alloy wheels (with an option to upgrade to 19 inches), gloss black trim pieces for the outside, and a rear spoiler, while inside there’s that M Sport steering wheel and sports seats, the latter of which can be specified with extendable seat cushions.

The BMW 2 Series Gran Coupe as a whole is an enticing package – a small four-door car that’s both practical and fun to drive. In M235i form that latter point is only expanded, thanks to technical enhancements that make it a hoot in corners and an engine that has more than enough performance for most occasions.

The fact BMW continues to expand the 2 Series line-up demonstrates the fact it’s clearly resonating with buyers, and although it could do with being a little less jiggly in general driving, the trade off on a fun road will be well worth it for keen drivers.