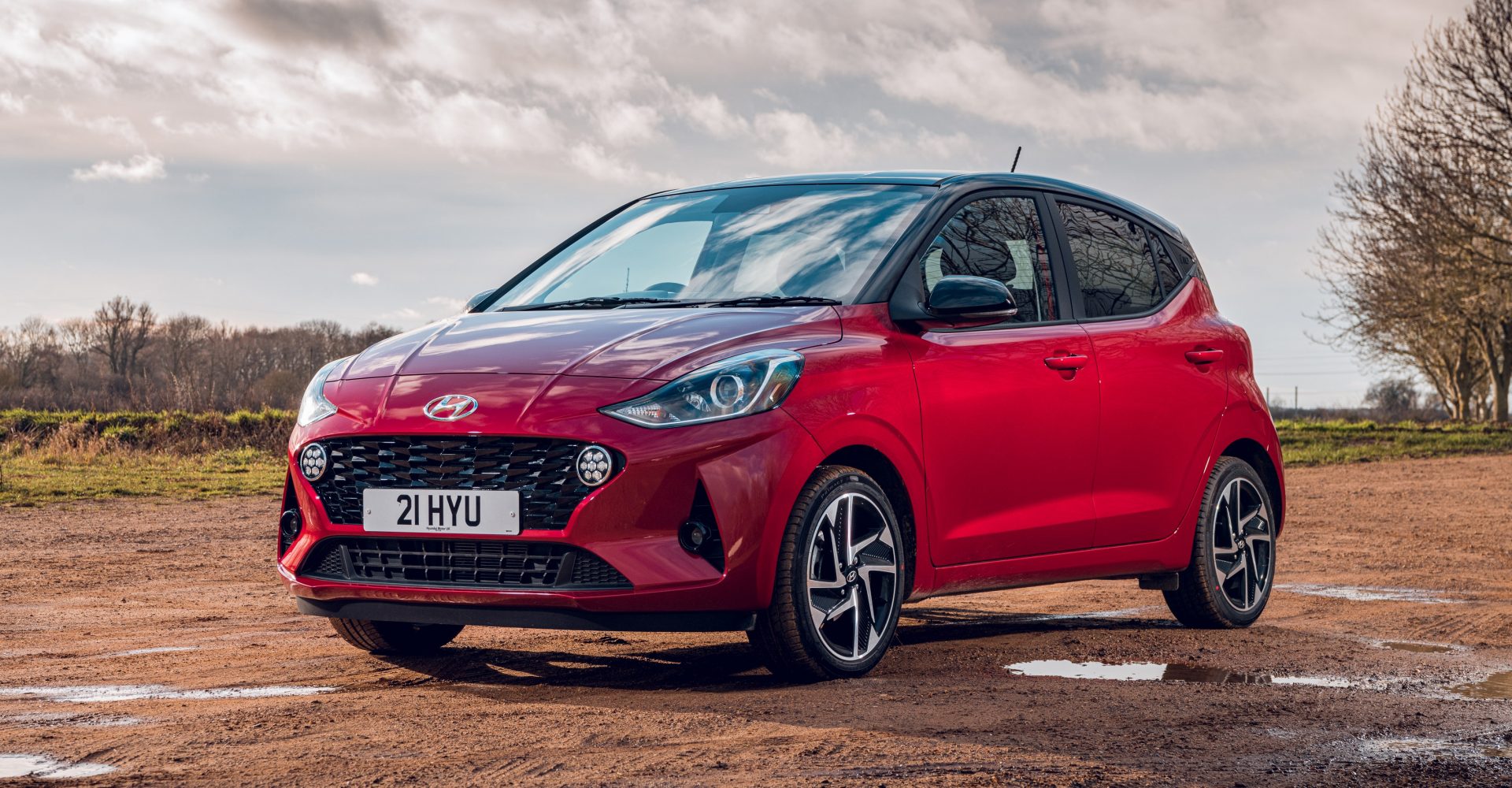 If you’ve taken a look through some of the top carmakers’ line-ups recently, you could be fooled into thinking they’re only making crossovers and SUVs. For sure, the trend for small, relatively inexpensive city cars has dwindled in recent years, overwhelmed by the sudden and consistent demand for vehicles which offer a higher ride height and chunkier looks.

But Hyundai thinks differently. It believes that there’s still a place for the city car, which is why it has recently revised its i10. We’ve been out on the UK’s roads to find out what it’s like.

Though this is a new i10, the overall package still remains impressively simple. You’ve got a small, efficient engine up front, enough space for four in comfort in the middle, and a usable boot at the back. It’s all wrapped up in a skin which looks sharper than ever thanks to tweaks and changes which help it to appear a little more premium than the car it replaces.

The interior has been given a more premium edge too, utilising materials which are both good to look at and hardwearing. This isn’t some garage showpony car after all; the i10 is a car aimed at those who want a reliable, practical and easy to use way of getting around.

The i10 makes use of a 1.2-litre four-cylinder engine with 83bhp and 118Nm of torque, sending power to the front wheels through a five-speed gearbox. It allows for a 0-60mph time of 12.4 seconds, while all-in it’ll do 106mph. We’d argue that it’s only this engine or the turbocharged 1.0-litre unit which are the ones to go for, with the entry-level non-turbocharged 1.0-litre engine proving too breathless for even the lightweight i10.

No, with this 1.2-litre engine the i10 gets up to speed quick enough and won’t cost the earth to keep running, either.

The i10 manages to feel big without actually being, well, big. Out on the open road, it’s remarkably refined, and it’s only on the motorway and at higher speeds where you actually notice the little four-cylinder thrumming away ahead of you. Even then, the well-damped ride means you’re not shaken to bits each time you drive over a bump in the road. The five-speed gearbox might not be the most feelsome in the business but it’s light and easy to operate while the clutch – which is even lighter still – will be a big hit with those cutting their teeth on the roads, which is a segment of people the i10 is particularly aimed towards.

There’s a bit of wind and road noise when travelling at speed, but this is to be expected from a car of this size. Plus, when you do reach some bends the i10 is good fun to whisk along while its relatively mundane performance figures belie just how zippy it feels to take from bend to bend.

We’d argue that the i10 is one of the best looking cars in the segment. Of course, looks are down to the individual, but the Hyundai’s sharp styling and premium touches help to give the car a genuinely good appearance, be that on the move or parked up.

It also ties in nicely with the previous i10 – those bright LED running lights are a nod to its predecessor – while the brighter palette of colours available really do help the car to stand out. The relatively large alloy wheels on our car added a certain amount of flair to the car’s overall look, yet even on smaller wheels, the i10 manages to look the part.

Of course, being priced at the lower end of the new car market means you shouldn’t expect to find ultra-wide displays, a raft of cutting edge tech nor the most luxurious materials inside the i10, but what has been done has been done successfully. Everything feels well put together and solid, while those sitting in the front have space to stretch out and enjoy the ride.

It’s not so bad for those seated in the back, either, where there’s a decent amount of headroom and legroom – surprising, given the car’s compact dimensions.

When it comes to boot space, you’ve got 252 litres to play with when the rear seats are in place, but this can be extended up to a heady 1,050 litres with them folded down. For the size of car that’s an impressive amount of room, and means that the i10 will be able to cope with much larger items than you might expect.

Our car came in luxurious Premium specification, which brings a whole raft of creature comforts above the i10’s standard – and quite impressive – list of equipment. Features such as a large eight-inch central display with Apple CarPlay and Android Auto are included, alongside Bluetooth connectivity and air conditioning. Premium specification brings additions like cruise control – with controls on the multifunction steering wheel – and you also get an additional two rear speakers to join the pair mounted up front.

It’s worth pointing out as well that the i10’s raft of safety equipment – including features such as lane departure control and driver alertness monitoring – is fitted across the board, and comes as standard on even entry-level cars. It means that even the entry point to the i10 range boasts as much safety equipment as the top-level version.

The i10 may sit at the budget end of the car-buying market, but it feels like anything but a budget offering. In fact, given the way the i10 has been put together, coupled with the level of standard equipment available and the way it drives, this Hyundai offers exceptional value for money.

If you’re after a car which will be low maintenance, cheap to run and yet still exciting enough to provoke a grin on the odd b-road, then we’d be putting the i10 high up the list of recommendations.