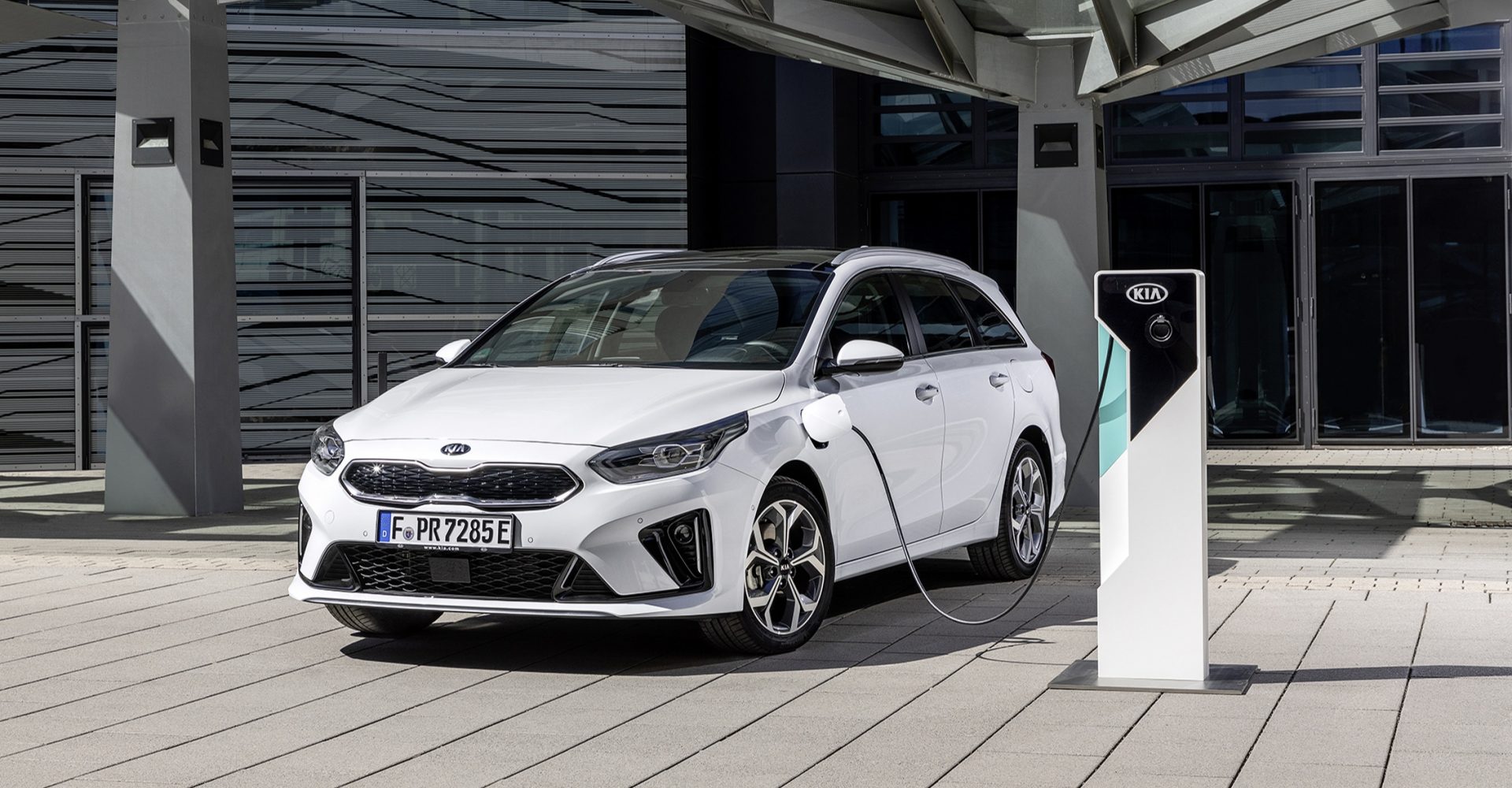 Kia has become known for two things in recent years. First is its line-up of Ceed derivatives, which are available in increasing numbers, and the second is its ever-expanding range of electrified models – not least hybrids.

But despite the popularity of both, Kia’s never combined the two. Until now that is, when the South Korean manufacturer has launched a new plug-in hybrid version of its Ceed Sportswagon estate (or SW for short).

Based on the latest Ceed, this new wagon launched in 2018 as a sleeker, more practical estate, though just featuring petrol and diesel engines. So can a new plug-in hybrid expand its appeal further?

Debuting alongside the XCeed PHEV crossover, this pair both use the petrol-electric powertrain (more on that later) from the Niro, which has been tried-and-tested in Kia models for several years.

And it’s really just the ‘PHEV’ part that’s new, as aside from that, things remain pretty unchanged. Look closely and you’ll spot a closed off version of Kia’s ‘tiger-nose’ front grille, while the interior benefits from a new 10.25-inch touchscreen, which is cleaner and more modern than the eight-inch unit found on non-PHEV Ceed SWs.

While all Ceed models are designed and engineered for Europe, this new Ceed SW PHEV is the first electrified Kia to be produced in this continent.

Powering the Ceed SW PHEV is a 1.6-litre petrol engine mated to an electric motor and 8.9kWh battery – producing a combined 139bhp and 265Nm of torque. That’s sent to the front wheels via a six-speed dual-clutch automatic gearbox – a welcome change given plenty of hybrids use CVT gearboxes.

It’s a model that’s aimed more at efficiency than performance, with 0-60mph taking 10.5 seconds and maxed out it would reach 107mph.

Its claimed 35-mile electric range (expect 30 in real-world driving) means that for plenty of shorter journeys, most of the driving can be completed on electricity, providing you keep the batteries topped up. Do that and you might be able to reach Kia’s impressive claimed efficiency figure of 188.3mpg and CO2 emissions of 33g/km. The latter makes it a very compelling company car, too.

Much like the majority of the Kia range, the Ceed SW is a model that performs best when driven leisurely, where it’s very refined in most scenarios (outside of hard acceleration) and also comfortable.

Despite the extra weight of the batteries, it still handles relatively well – staying sure-footed through the corners, though the light steering is aimed at city streets rather than twistier stuff. Top the batteries up and the electricity provides a swift getaway off the line, although you have to treat the throttle gently if you don’t want to kick the engine into life at higher speeds.

The Ceed SW PHEV therefore ticks plenty of boxes both for town driving and motorway runs – meaning it could be an ideal commuter car.

Previous generations of the Ceed SW have never been particularly stylish, but this latest third-generation car is a big step forward in terms of design. In fact, we’d argue that it looks better than the plain-styled hatchback, though that’s of course down to personal preference.

All PHEV models come with more attractive LED headlights, while cool wraparound LED lights are a neat touch at the rear. The styling of plug-in versions is also rather discreet – an intricate closed-off front grille, a charging flap in the front passenger side wing and subtle ‘eco plug-in’ badging being the only cues to separate it from the regular petrol and diesel versions.

Kia’s interiors have really stepped up a notch in recent years, and the Ceed SW’s cabin now feels even better than plenty of accomplished rivals, such as the Ford Focus Estate and Vauxhall Astra Sports Tourer. The material quality is good throughout, while the interior has a really intuitive layout, which favours simplicity rather than style.

In terms of practicality, as with nearly all PHEVs, this new electrified model is not quite as roomy as the regular car. The boot space reduces from 600 litres to 437 litres – something that seems pretty catastrophic for an estate car on paper. However, on inspection it’s only the room beneath the boot floor that’s lost, though there’s still storage for the charging cables. You also still get a nice flat floor for loading heavier objects in, and dropping the rear seats increases the room on offer to 1,506 litres. There’s also plenty of space in the rear seats, with even taller adults likely to sit comfortably.

To make things simpler, the Kia Ceed SW is available in just one spec, known as the ‘3’.

There’s certainly no lack of standard kit, with highlights including 17-inch alloy wheels, LED headlights, keyless entry and start, electric lumbar support and a reversing camera. Aside from colours and a few accessories, that’s where the choice ends.

The Ceed SW PHEV is also currently the most affordable plug-in hybrid estate car on the market, and is priced from £29,995. The closest other option is the Skoda Superb Estate iV. While larger and a bit more upmarket, it costs nearly £5,000 more than this Kia. This Ceed looks good value then, though it’s worth considering it’s still £5,000 more expensive than a regular petrol version in a similar spec.

This new Kia Ceed SW PHEV is undoubtedly one of the most convincing plug-in hybrids to date – it’s practical, decent value, well-equipped and importantly very efficient.

It’s certainly not the most exciting of choices and it commands quite the price increase over a petrol model, but that’s normal for a PHEV. So if you’re wanting to make the switch to a hybrid model that involves little compromise, this new Kia could be an ideal option.