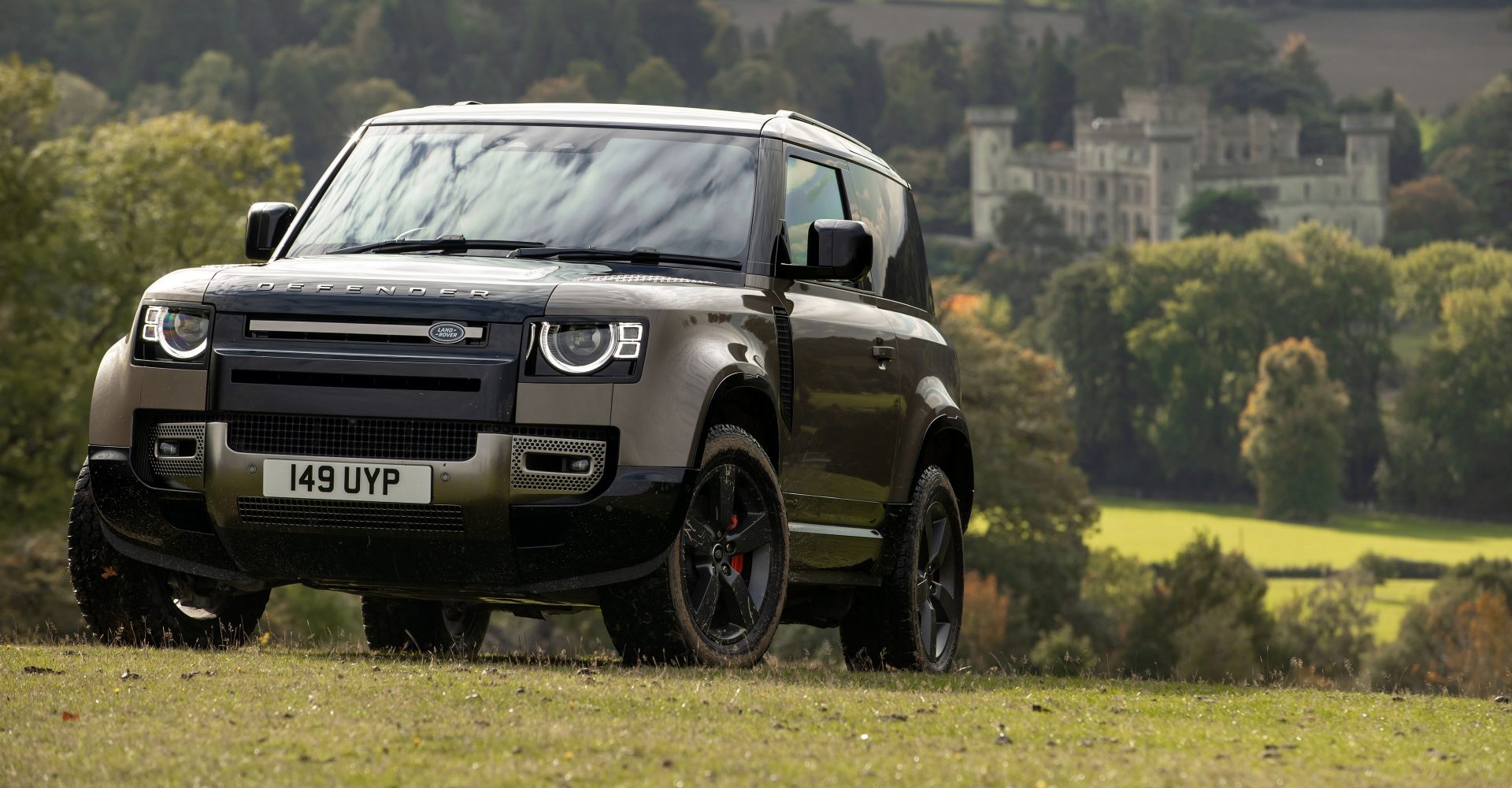 The reinvention of the Land Rover Defender was a massive moment for the brand. One of its most iconic models has been reborn, but had to appeal to a new urban audience while also staying true to its roots.

Available in two body shapes – the short-wheelbase 90 and long-wheelbase 110 – we’ve already driven the latter, and it’s fair to say the brief has been nailed. It looks great, drives well on the road and can handle any terrain. Now, we’re trying the shorter, smaller version – does it have the same magic?

This is the three-door version of a totally updated model, with Land Rover claiming its platform is 95 per cent new compared with anything else in the range. It’s made from lightweight materials and has been upgraded to make it more capable off road.

With the latest version of Terrain Response, which adapts the car’s settings for the surface that;s being driven on, off-road pros can tweak settings to their own preference, while the new Pivi Pro infotainment system is also present.

There are currently two diesel and two petrol engines available, with today’s test drive sampling both the petrols. The two diesels are 3.0-litre mild hybrid units that make about 200 and 250bhp each. Meanwhile the P300 petrol performed valiantly on the off road courses, with the 2.0-litre unit pulling the Defender up near-impossible terrain.

We only tested the P400 on the road. It’s a 3.0-litre six-cylinder unit making almost 400bhp and 550Nm of torque. With a 0-60mph time of 5.7 seconds it’s clearly no slouch, but it doesn’t feel particularly well-suited to the Defender driving experience. The lazier diesels feel much more appropriate.

With this being a short-wheelbase, tall-sided 4×4 that’s excellent off-road, it shouldn’t be particularly good on the road, but it is. Whether you’re on city streets or out on the motorway, the Defender is composed and comfortable. With the 90 being quite short, it’s pretty easy to thread through busy traffic, too.

However, it comes alive when you take it off the beaten track. During our test drive, we journeyed through some pretty gnarly off-road tracks that had been made all the more treacherous by a week of rain. The Defender barely hesitated, with the only troubles generally caused by its inept driver.

The fact it was just as happy cruising down the motorway as it was clawing itself out of a muddy plunge pool is mighty impressive.

Getting steamy in the new Defender 👀 #landrover #defender #landroverdefender #cars

While beauty is in the eye of the beholder, we don’t think many will disagree that the Land Rover has got the Defender’s styling spot on. It evokes memories of the old one while looking fresh and new. SUVs generally struggle to stand out from one another but this one has genuine character.

There are also packs available that can alter the exterior to make it better-suited to city life or give you accessories for off-roading. For example, the Explorer Pack adds a roof rack, side panniers and a raised air intake.

And while the five-door 110 might be more practical for family life, the three-door 90 has a real charm that comes from being a tall but short 4×4. In an age of identikit crossovers, it’s certainly welcome.

While the driving experience gives little concession to its off-road prowess, there are some on the inside. For the most part, there are high-quality materials and it feels brilliantly put together, while the newest Pivi Pro infotainment system is great to use.

The overall ambience is one of simplicity, though, because it’s also supposed to appeal to those who’ll get it muddy, meaning it’s not quite on the same level of design as similarly-priced rivals from Audi or BMW.

The 90 specifically is slightly smaller inside on account of that shorter wheelbase. The main concern here is the fact that the 110 has a five-plus-two seating arrangement, while the 90 can seat six.

Finally, four packs add extra equipment that could be useful for how you use the vehicle. These are the Explorer Pack, Adventure Pack, Country Pack and Urban Pack, with extras including cargo panniers, a side ladder, and extra protection.

We were big fans of the 110 at launch, and unsurprisingly, the 90 is no different. It’s fantastically comfortable on the road and ridiculously capable off road. It’s a little less practical than the 110, but if you’re not always popping kids in the back seats the extra charm of the three-door’s styling could make it a winner.

Despite the easy-to-clean mats and surfaces, it feels a little too posh to be a true workhorse, but if you’re in the market for a car that feels like it can do everything while you sit in comfort, the Defender 90’s a winner.