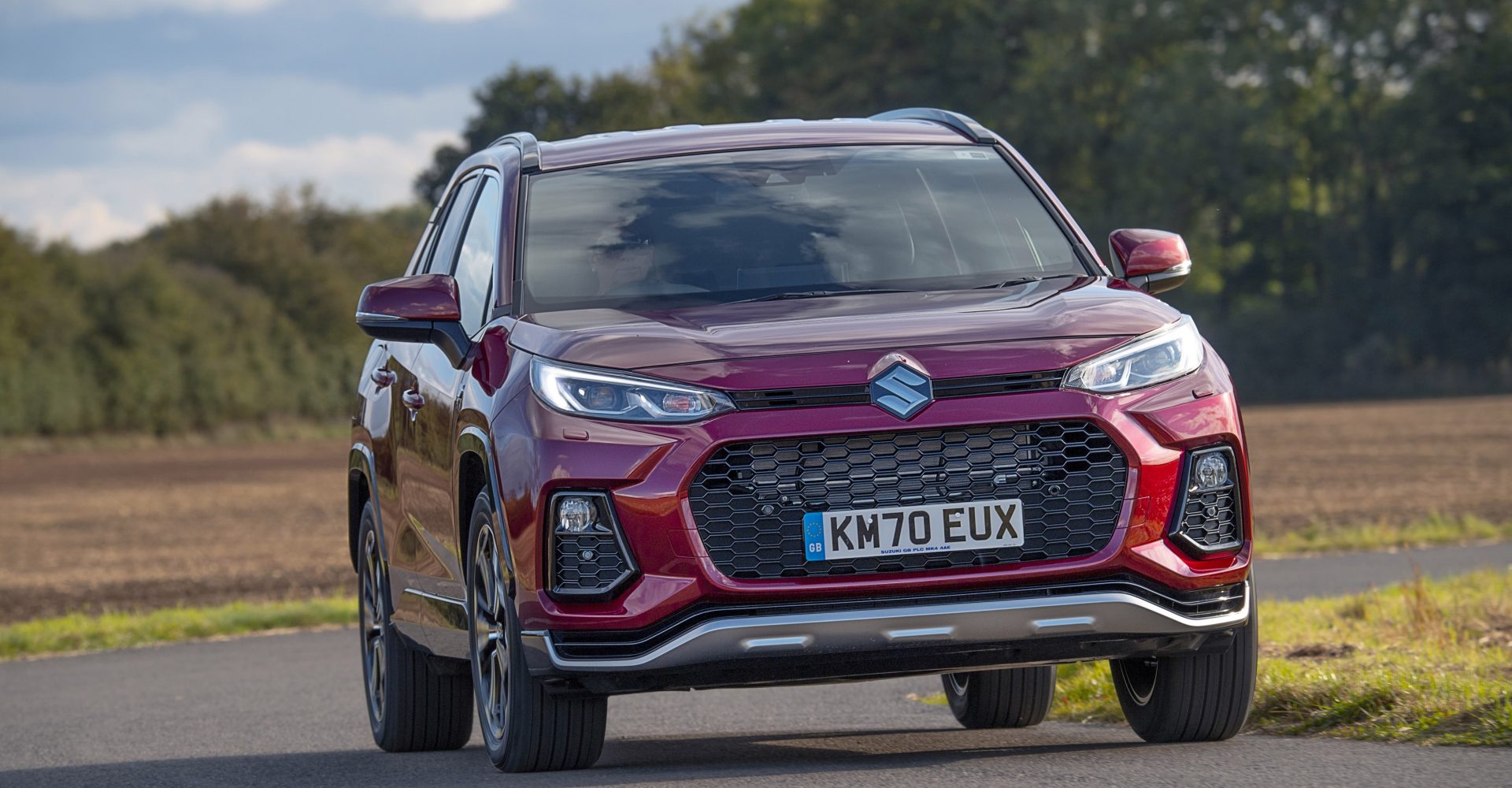 When you think of Suzuki, what comes to mind? It’s likely a small and inexpensive car, whether that be the Swift supermini or cool Jimny 4×4 – the latter working wonders to broaden this brand’s recognition in recent years. And it’s true that this fun Japanese firm has always majored on things at the cheaper end of the spectrum.

Until now, that is. Suzuki has launched the new Across – a big, well-equipped and powerful plug-in hybrid SUV, which is rather different to the rest of its line-up. But it’s also accompanied by a rather steep price – £46,000 to be precise. But can it justify that? Let’s find out.

First things first, this might be a new model for Suzuki, but it’s part of a ‘collaborative agreement’ with Toyota – meaning it’s essentially a Toyota RAV4 Plug-in Hybrid, if you were thinking it looked familiar.

And aside from a new front end design – which is arguably bolder than that of the Toyota – it really is essentially a rebadged RAV4. Though with that car’s swift hybrid powertrain, roomy interior and impressive 46-mile electric range, there are certainly worse cars to share things in common with.

The Across’s powertrain combines a big 2.5-litre petrol engine with an electric motor on the front axle – just the latter alone produces 182bhp, more than the full output of any Suzuki model. It’s also four-wheel-drive and uses a CVT automatic gearbox.

Combined, the Across gets a significant 302bhp, and even for a car weighing the best part of two tonnes, that allows this Suzuki to reach 0-60mph in just 5.8 seconds and head on to a top speed of 112mph.

It’s also accompanied by a large 18.1kWh battery – bigger than that of an all-electric Smart car – allowing for a class-leading electric range of 46 miles. Charge the Across regularly – there’s no rapid capability so it will take around six hours – and there’s some potentially very low running costs. Suzuki claims it will return 282.2mpg, with CO2 emissions of 22g/km giving it an especially low benefit-in-kind of six per cent – making it an ideal option for company car drivers.

The Across is a big and sturdy SUV, and that’s very much how it drives. There’s a solid weight to everything, from the steering to all the controls, and it’s a very safe and secure-feeling model – helped by an electronic ‘E-Four’ all-wheel-drive system.

But though there is a huge lump of power at your disposal, the Across could easily be down 100bhp and be no worse off. You can really feel the heft when cornering and you’re unlikely to be putting your toe down very often, aside from when on a straight bit of tarmac.

What impresses, though, is the electric range. In real-world driving, you’re likely to still get around 40 miles of EV ability, meaning many journeys could be completed just on electricity. Our mix of driving resulted in close to 100mpg, while even when the battery is drained, around 40mpg is still possible – not bad for something of this size.

It’s only really the Across’s styling that sets it apart from the RAV4. Aside from the obvious Suzuki emblems, it’s the front that gets all the design changes – receiving a bolder and larger grille than that of the Toyota, as well as slimmer new LED lighting.

With that big black grille, it’s certainly an imposing-looking thing, and one that really stands out from the crowd. Gloss black lower trim and around the wheel arches adds further appeal, while large 19-inch alloy wheels are included for extra street cred.

Put a cover over the Suzuki badge, and you really are sat in Toyota, with everything from the controls to the seats to the switchgear being a more-or-less straight copy.

There’s a real ‘built to last’ feel in the cabin, something Toyota is renowned for, with chunky switches and durable materials being used throughout. But does it feel like a £46,000 car inside? We’d argue not, with the Across lacking the premium flair expected at this price, while the touchscreen isn’t as slick or modern as other units, either.

But it ticks plenty of boxes for practicality. Though there is the large battery onboard, you still get a generous 490-litre boot, as well as space beneath the floor for a full-sized spare tyre. Rear space is also exceptional, with a huge amount of legroom and headroom for adults in the back.

The Across is rather simple in this respect, as there’s just one guise it comes in – and a very well-equipped one at that.

Highlights include LED headlights, a heated steering wheel and heated front and rear seats, while all manner of safety equipment is fitted – adaptive cruise control, blind spot monitoring and rear cross traffic alert to name but a few. In fact, you don’t even have to pay for metallic paint, with the only options available being dealer-fitted accessories.

But as we’ve mentioned, it’s certainly not cheap, with the Across being priced from £45,599, or a steep £599 per month, even with a £6,700 deposit, it’s virtually twice as expensive as any other Suzuki. One positive, though, is that it undercuts the Toyota RAV4 PHEV by around £1,000, though you do get two years less warranty with the Suzuki.

Judged as a separate model, the Across is certainly appealing. The swift and well-resolved powertrain is really impressive, as is the class-leading electric range, which could allow for some especially low running costs.

But there’s a glaring issue and that’s the price. Had the Across been £10,000 cheaper, it would likely prove convincing. But next to more premium opposition, this Suzuki will always struggle. The Japanese firm says there is “very limited supply available”, and if we’re being brutal, we reckon that’s probably still too many.