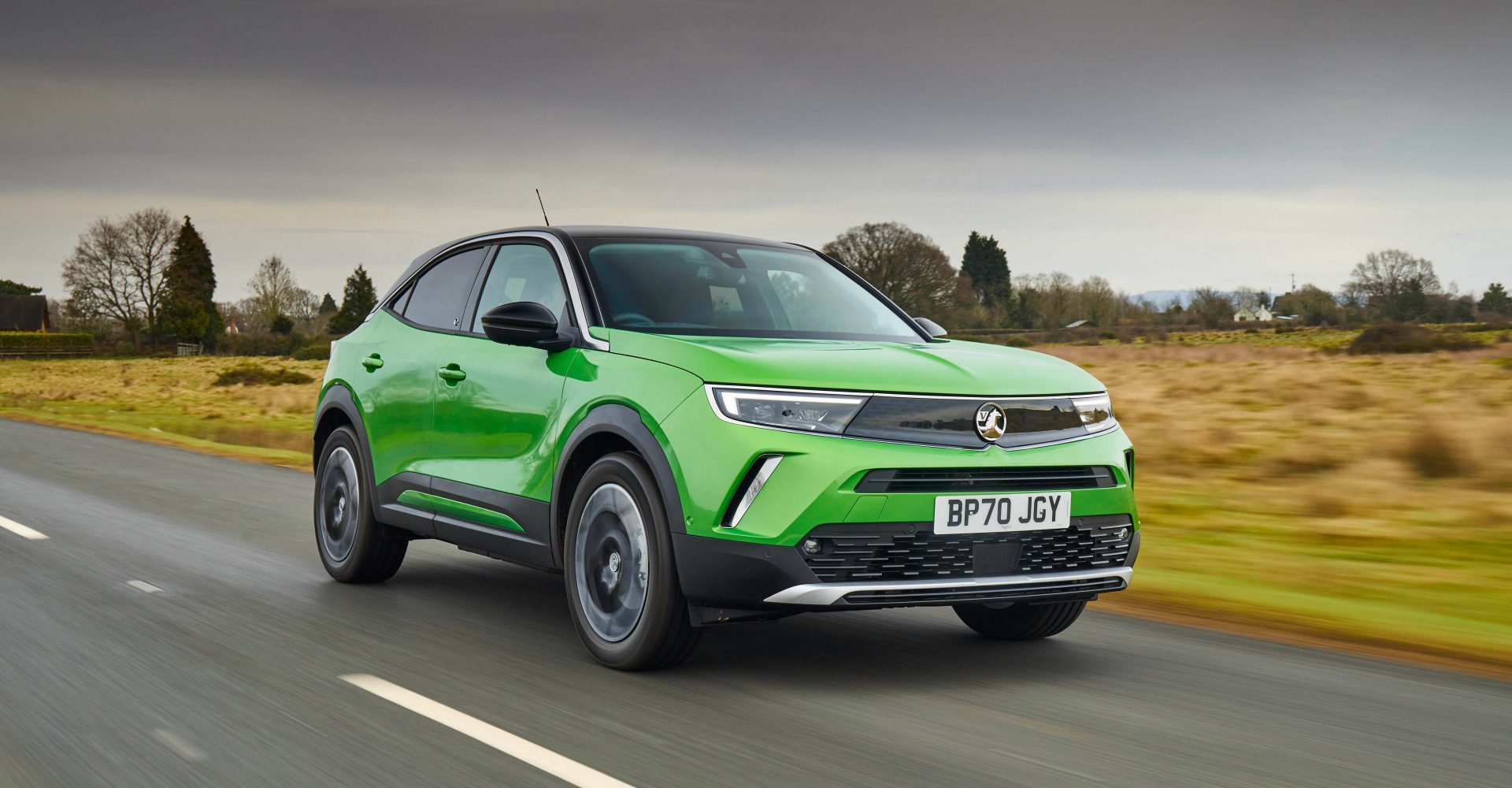 Among the many benefits for Vauxhall since it joined the PSA Group – which, confusingly has just joined with Fiat to create ‘Stellantis’, but that’s a story for another day – is its ability to raid this firm’s electric vehicle toolbox.

This time last year Vauxhall didn’t even have one EV, but flash forward to the end of 2021 and it will have five battery-powered models to choose from, and one of the most important is this – the brand’s Mokka-e. Featuring the same underpinnings as the electric Corsa, can this electric crossover impress next to rivals?

Compare the new car to the previous Mokka X (the added letter has now been dropped), and really all the models share in common is the name. The underpinnings are new – they’re PSA’s CMP platform – the powertrains are fresh and the way the Mokka looks couldn’t be more different if it tried.

That’s because it paves the way for Vauxhall’s new design direction, headed up by the ‘Vizor’ front-end (we’ll explain more later), while the interior gets a complete makeover with welcome updates in terms of technology and quality.

The Mokka-e utilises the same powertrain that’s been cropping up in a range of electric PSA models in the last year or so, which sees a 100kW electric motor combined with a 50kWh battery.

With 134bhp and 260Nm of torque on tap, it’s the peppiest of all the Mokkas – accelerating to 60mph in nine seconds. The ‘off the line’ pace is also particularly impressive thanks to the instant torque which comes from the electric motor.

The 50kWh battery also allows for an appealing claimed range of 201 miles, which is plenty more than the Mazda MX-30, but some way behind the Hyundai Kona Electric’s 300 miles between charges. A useful touch is that it can charge at speeds of up to 100kW – meaning an 80 per cent charge can be achieved in 30 minutes.

Despite weighing considerably more than the standard petrol Mokka, Vauxhall has done a great job of making it not feel that way behind the wheel. Granted, there’s more body roll through the corners, but it’s by no means poor and this EV proves to be a good all-rounder.

There’s a good turn of pace, though not quite as ‘woah’ when you put your foot down as rivals, and it proves to be a largely comfortable option, both around town and at higher speeds – we thought it seemed especially impressive on a motorway.

It’s the normality that will appeal, though, while even the ‘Eco’, ‘Normal’ and ‘Sport’ driving modes are the same as the standard car. Like the Corsa-e, there’s a real sense this Mokka-e would be a very easy car to live with.

Vauxhall’s approach to the latest Mokka almost seems to have been to throw everything about the old car out of the window and start afresh. And compared to its boxy predecessor, the new model’s funky look will certainly turn heads out in this increasingly crowded class.

Headed up by Vauxhall’s new ‘Vizor’, which sees the LED headlights, new logo and grille wrapped up behind a single piece of glass, this design will be utilised across the Vauxhall range in the coming years. The new car is actually smaller in length than its predecessor, too.

Aside from some subtle ‘e’ badging, though, there’s nothing to tell the electric Mokka apart from the standard petrol and diesel model.

Inside, the Mokka-e’s cabin is headed up by a Mercedes-like twin-screen setup, which Vauxhall calls a ‘Pure Panel’. There’s one unit for the superb digital system and another for the main infotainment system, with the size of the screens depending on the spec you go for.

The cabin has also had an overhaul on the quality front, with plush new materials being used – especially on our Launch Edition test car – to give it a more upmarket feel.

Impressively, it’s no less roomy than the standard petrol model – EVs often have less space than their petrol and diesel equivalent – with the Mokka-e having a useful 350-litre boot , while rear space is good for a car of this size, if not class-leading.

With four grades to choose from, the Mokka-e gets a slimmed-down range compared to its petrol sibling, though kit is impressive across the board. All models benefit from a seven-inch touchscreen, digital dials of the same size, a reversing camera and LED headlights to name but a few features.

At the top of the range, Launch Edition gets all manner of goodies, including Matrix LED headlights, massaging seats and self-parking functionality, though you do pay heavily for the privilege.

In terms of pricing, Mokka-e models start from £30,840 (including the government grant) and rise to £35,000 for the Launch Edition. While by no means cheap, it’s roughly on par with the mechanically-similar Peugeot e-2008.

With this new Mokka, Vauxhall is injecting style and quality to this model like it’s never seen before, and the option of an electric version only expands this crossover’s appeal further.

While not having a headline-grabbing range or a particularly low price, the Mokka-e will be an electric car that delivers by being easy to live with. It could be ideal if you’re looking at making the switch from a petrol to an electric model – a decision Vauxhall will be hoping many of its customers decide to make.