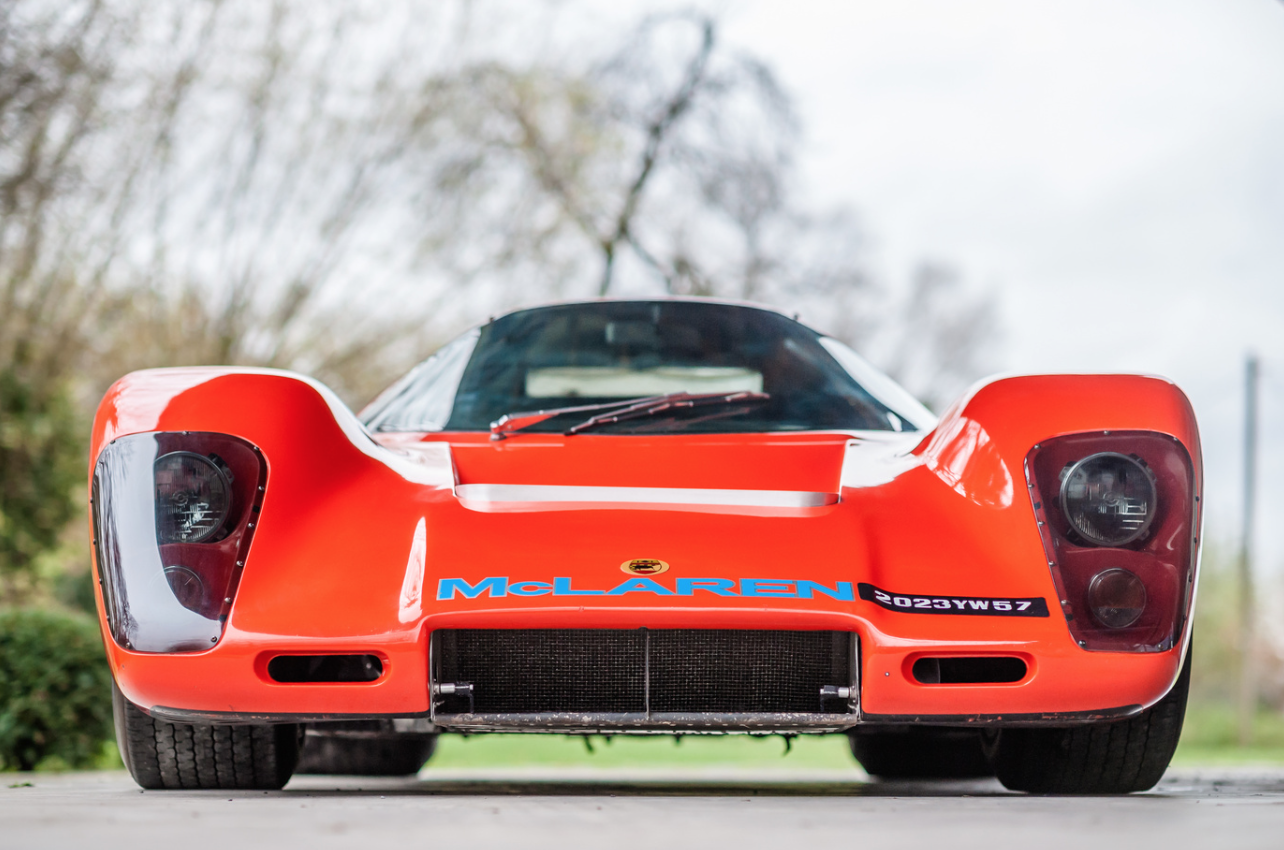 What you’re looking at here is every petrol-thirsty adrenaline junkie’s dream.

This flame-red beast, wearing the iconic body of a classic endurance race car, was the first street-legal McLaren to hit the road and some lucky buyer is going to take it home.

While the McLaren F1 was the first official road car made by the Woking-based supercar builder, one crafty owner made this track legend a street-legal runner. 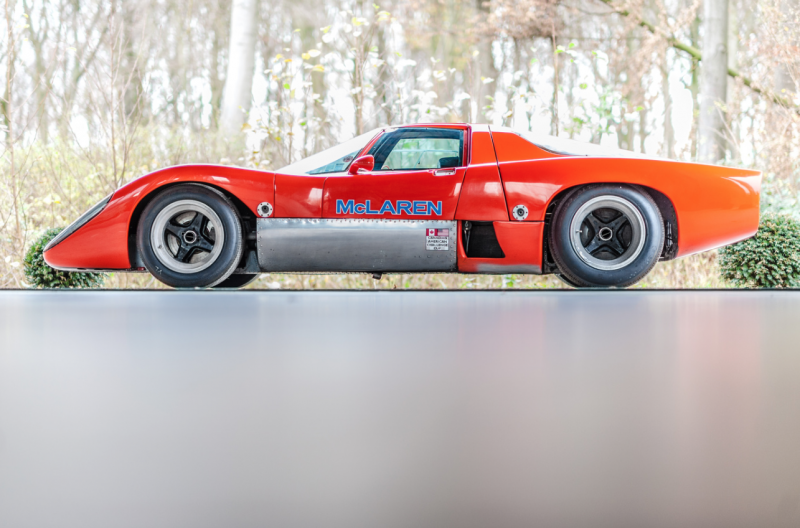 Almost in its original state, M12 number 60-14 still houses the Chevy V8 in the backseat – the beastly, raw engine that was so large that the engine bay was designed specially for it. The only alteration is its 1970s conversion from a Spyder to a coupe. 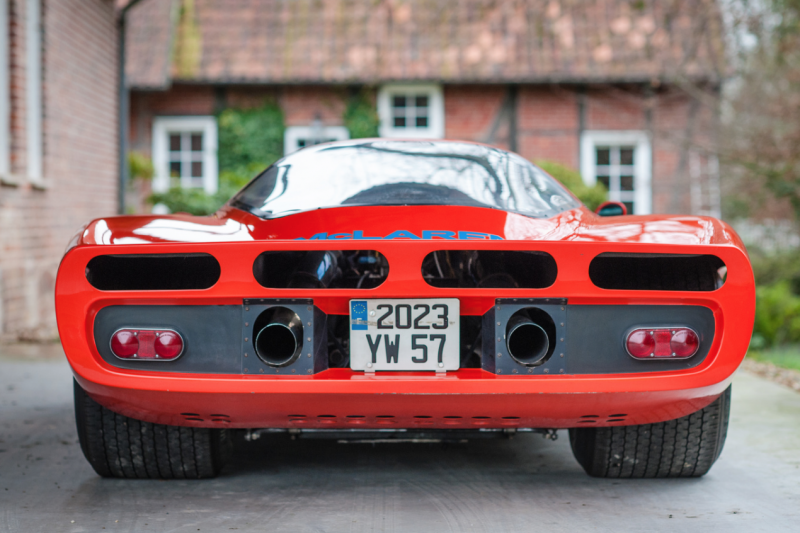 Now it’s up for sale, and probably for more money than we can count.

M12 Can Ams were purpose-built racers, with motorsport hard-wired into their DNA – much like their drivers.

This iconic coupe was piloted by a series of owners, all of whom raced it. One stated that it ‘is the scariest son of a bitch [he’d] ever driven’. But it wasn’t until the 1990s when a Swiss owner prepped it for the road – what a genius.

Its current owner has kept it safe since 2011, but now it’s destined to go under the hammer at Jan Luehn.