When the Ford GT was announced last year, few people felt that it wasn’t quite performance-focused enough.

The 3.5-litre EcoBoost engine produces a whopping 638bhp and race-bred aerodynamics ensure all of that power is utilised – there’s even a tunnel on either side of the cabin designed to channel air efficiently! 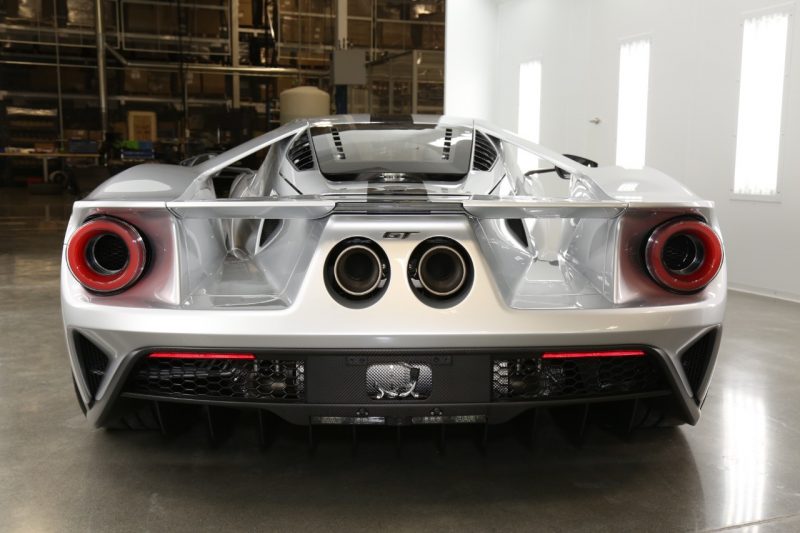 However, Ford has now released details of a lightweight version of its iconic supercar, called GT Competition Series. Ford says it has removed weight from higher up in the vehicle to drop the centre of gravity closer to the road, which helps handling at speed.

Glass in the rear engine viewing hatch has been replaced by lightweight perspex acrylic, while a manual latch has been fitted to replace the heavier electric motor on the standard car. There’s even a carbon-fibre prop rod to hold it up. 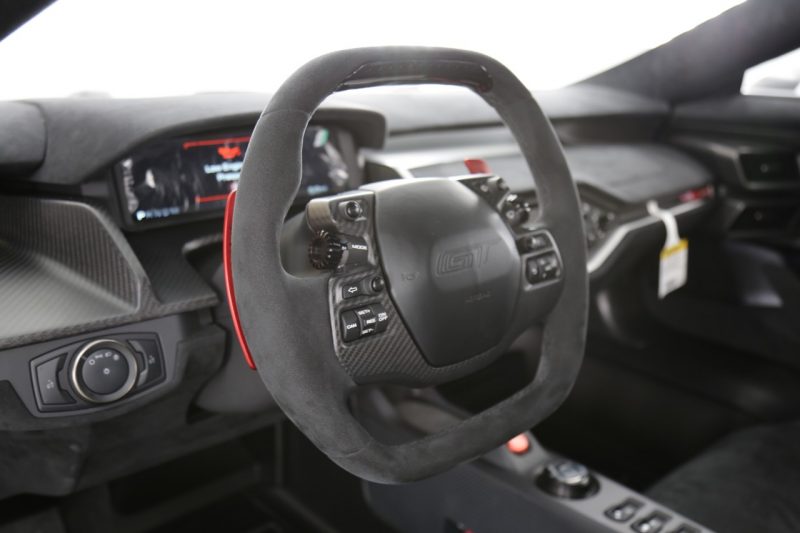 Items ‘not essential to performance’ have been removed, including air conditioning, radio and speakers, stowage bins and cupholders. Carbon-fibre wheels and titanium lug nuts are optional on standard cars but come as standard on Competition Series models.

So there you have it – Ford just built the ultimate track day car!