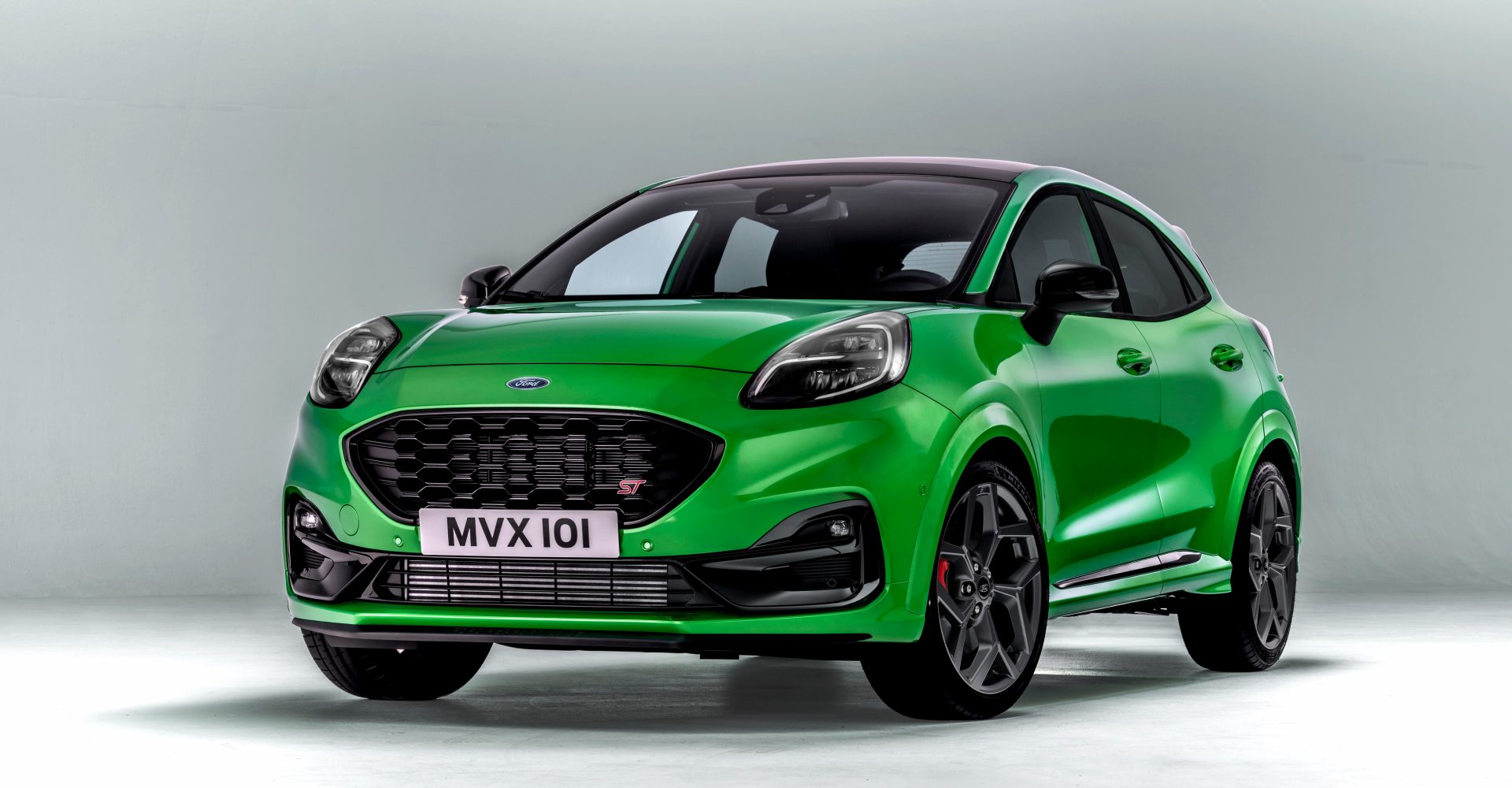 Ford has unveiled a new performance ST version of its Puma crossover, which aims to bring more driving excitement to the small SUV class.

It’s the first time Ford has launched a sporty crossover in Europe, with the Puma ST sharing its 197bhp turbocharged 1.5-litre petrol engine with the widely-praised Fiesta ST hot hatch.

Mated to a six-speed manual gearbox, this sporty Puma can sprint to 60mph in 6.5 seconds and reach a top speed of 137mph. A mechanical limited-slip differential is also available as an option and works to improve traction and reduce understeer, with the Puma ST being the only car in its class with this performance feature.

Ford is also promising an ‘energised driving experience’ through tweaks such as steering feel which is 25 per cent more responsive than the standard car, while larger brakes will provide better stopping performance.

Stefan Muenzinger, Ford Performance manager for Europe, said: “Real driving enthusiasts aren’t going to settle for less excitement just because life demands a more ‘sensible’ car, so our number one priority was that the Puma ST had to be as exhilarating and capable as every ST model, without sacrificing any of Puma’s practicality.

“We believe that we have the best-handling small SUV in its segment. It really does feel connected and has the true ST feel. It is a joy to drive.”

As you might expect from a hotter model, the styling has also been tweaked. Large 19-inch alloy wheels are fitted as standard, while you get a racier bodykit as well which includes a large front splitter, a rear spoiler and a redesigned grille. A bold new ‘Mean Green’ paint colour is also available.

Inside, it comes with Recaro sports seats, a flat-bottomed steering wheel and Ford Performance skid plates to separate it from the standard Puma. Ford says it remains just as practical as the regular car, though – helped by a useful underfloor 80-litre storage area known as the ‘Mega Box’.

Prices for the Ford Puma ST start from £28,496, with the ‘Performance Pack’ that includes the limited-slip differential available for a £950 extra.