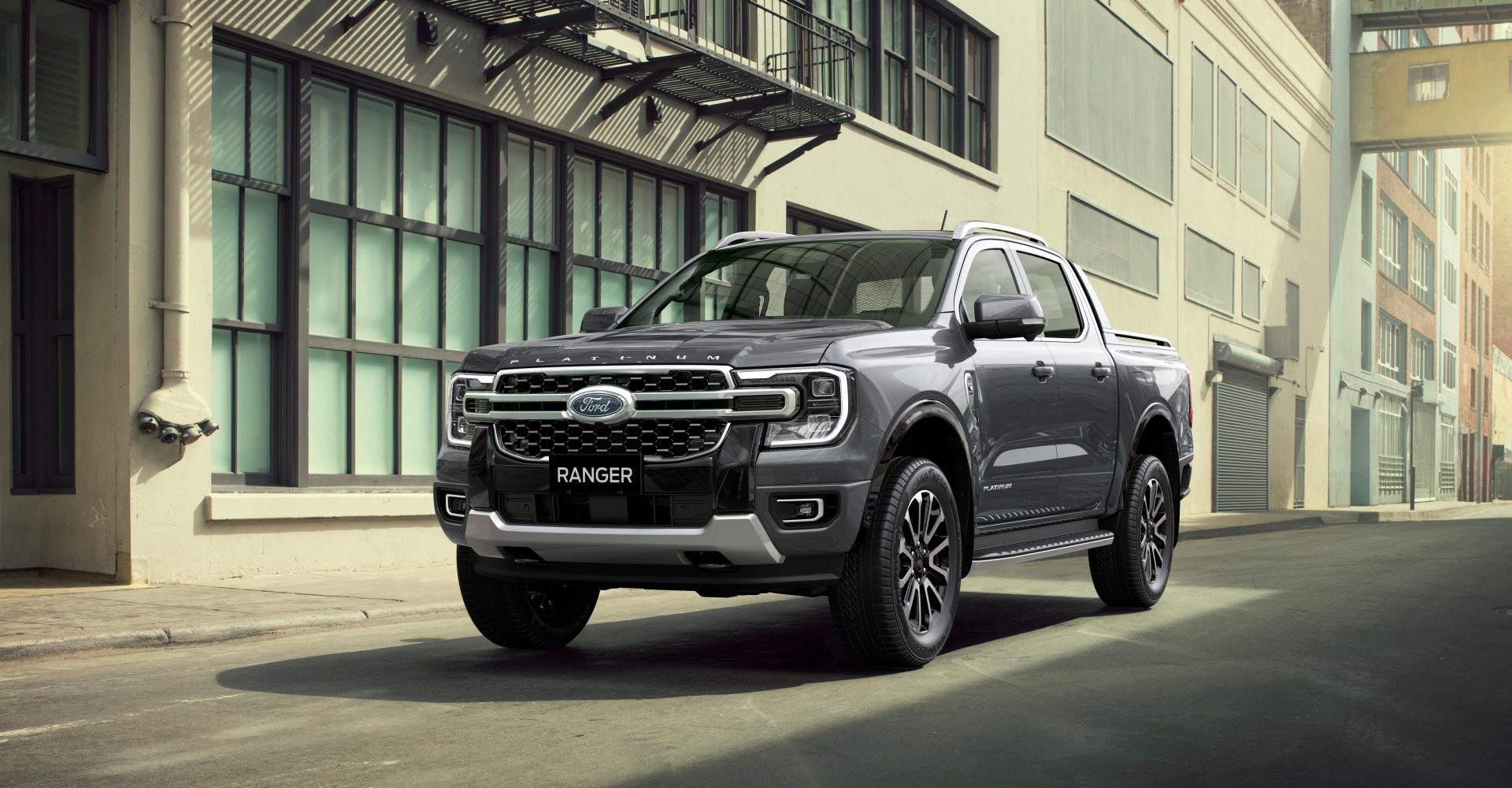 Described as the ‘most luxurious Ranger yet’, the Platinum sits above the Wildtrak in the pick-up’s line-up, though beneath the flagship adventure-focused Raptor.

Styling changes for the Platinum include a new unique grille, and ‘silk chrome’ exterior accents, along with 20-inch machine-faced alloy wheels. Matrix LED headlights are also fitted as standard, along with roof rails and privacy glass.

Inside is where the luxury focus is seen in particular, with perforated and leather upholstery included on the Platinum, with the front seats also being electric, heated and ventilated. There is also grained maple wood detailing in the cabin, along with ‘sophisticated’ ambient interior lighting.

Other standard features include a 12-inch touchscreen and digital instrument cluster of the same size, along with an eight-speaker B&O sound system. Additional equipment over the Wildtrak includes wireless smartphone charging and a Technology Pack that includes adaptive cruise control, a 360-degree parking camera and blind spot monitoring.

While other Rangers get the choice of a four-cylinder 2.0-litre diesel unit, the Platinum is only available with the range-topping 236bhp 3.0-litre turbo V6 diesel engine, paired to a 10-speed automatic transmission.

Prices for the Ford Ranger Platinum start from £44,400 (excluding VAT) – a £2,050 premium over a Wildtrak version with the same engine. It’s available to order now, with first deliveries expected in late spring 2023.

At the same time Ford has also opened ordering for its more utilitarian Ranger models, which are targeted at construction, forestry and emergency services. These versions, known as XL and XLT are available from £27,550 and £31,150 (excluding VAT), respectively.