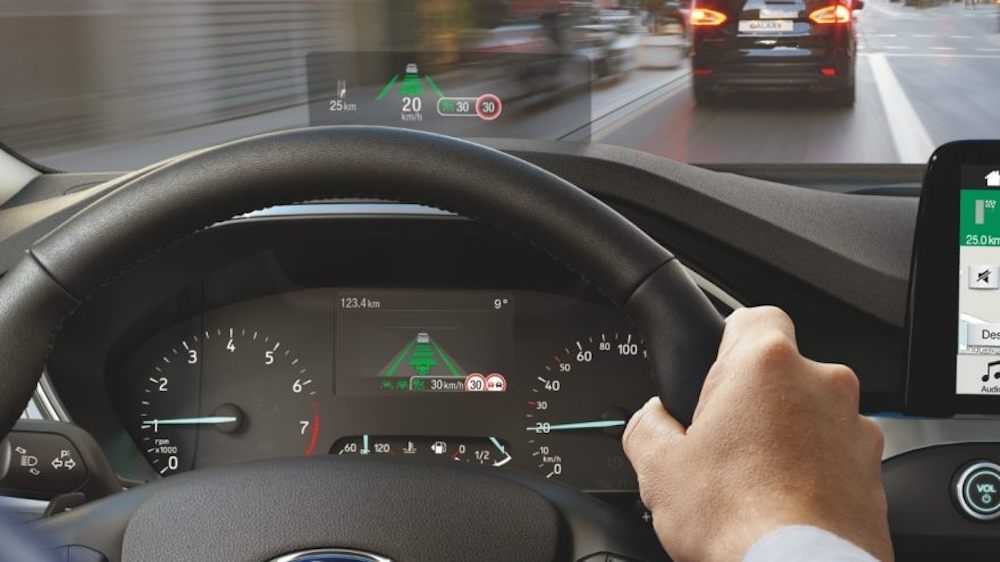 The fourth-generation Ford Focus is set to continue the current car’s legacy, with Ford promising impressive driving dynamics as a key selling point. However, buyers in the family hatchback segment are notoriously picky, and so the American brand is responding with a new and luxurious interior packing some as-yet-unseen tech.

The latest of these to be revealed is the Focus’ new head-up display. It’s the first ever fitted to a Ford and benefits the driver in one key way – allowing them access to vital driving information without being forced to take their eyes too far off the road.

When looking down at conventional dials, the eye has to re-focus for close-up vision – before focusing again on the world outside when the driver looks away. A head-up display limits this.

However, previous displays fitted to plenty of modern cars have a serious issue with drivers in polarised sunglasses. The glare-reducing sunglasses often render head-up displays invisible.

Technology, which was first developed for fighter jets, is helping improve the driving experience for new Focus owners. ^RW

However, Ford has utilised tech first seen in fighter jets to counteract this, with a special feature which ‘bounces back’ polarised light to the driver. Traditional displays use light waves which vibrate parallel to the road – the same waves polarised lenses block. The Ford display uses waves that vibrate perpendicular to the road, solving the problem.

The solution is based on technology first developed for fighter jets.

“Wearing polarised glasses can make a massive difference to visibility for drivers affected by glare, such as when stretches of water, snow or even tarmac reflect sunlight,” said Glen Goold, chief engineer for the new Focus.

“The head-up display we are introducing for the all-new Focus offers one of the brightest screens, has among the largest fields of view, and will be clearly visible to all our customers.”