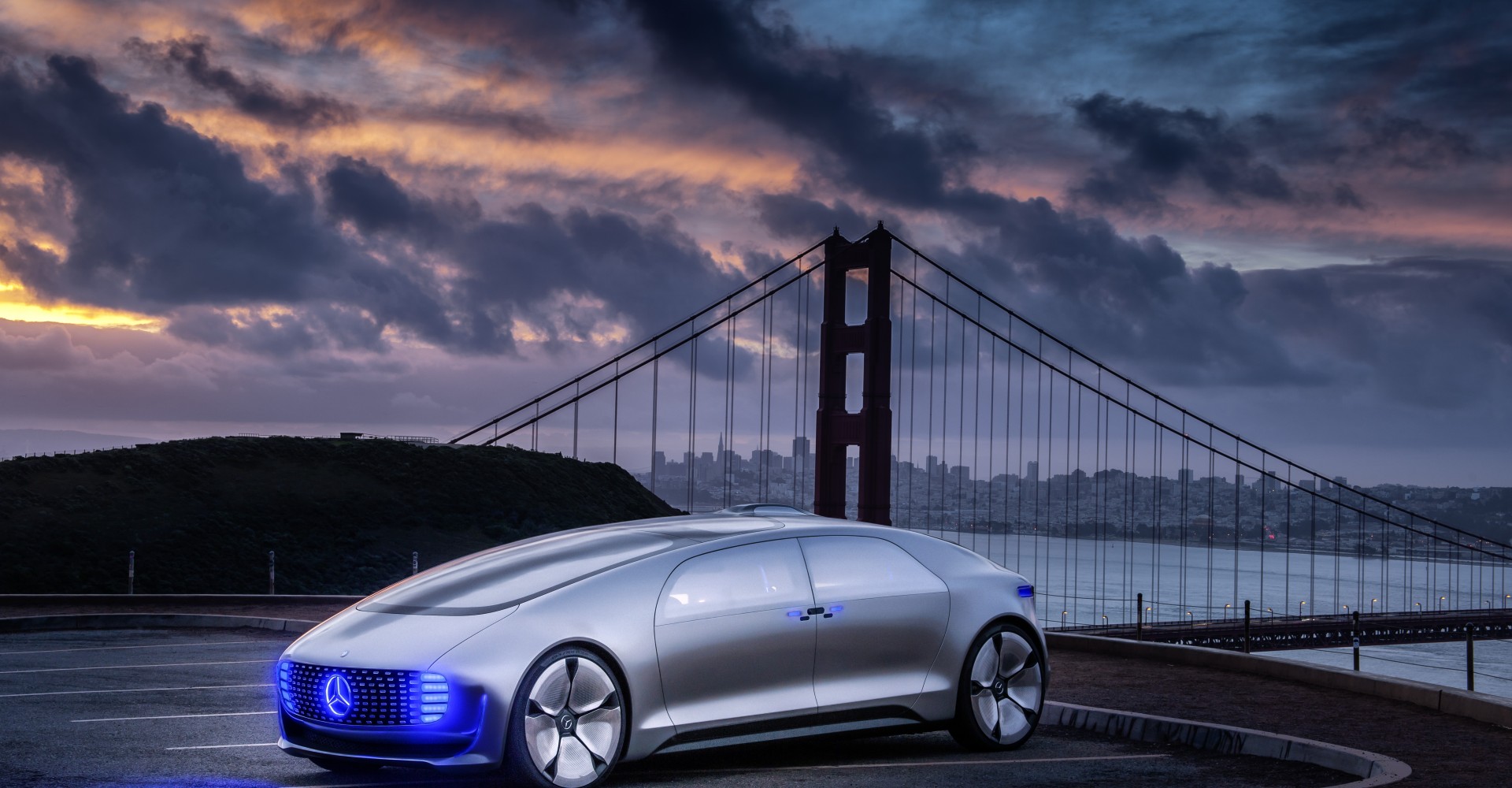 Yeah, we’ll admit that that idea of legally updating SuperUnleaded while we cruise the traffic-logged streets of Britain massively appeals.

As long as we can flick a switch, grab the wheel and go bananas as soon the first B-road presents itself, the notion of self-driving machines doesn’t melt our gas-guzzling minds.

But let’s park automated driving for a second, there’s an entire world of science-fiction gadgetry out there that’s soon to make driving a whole load of button-bashing fun.

Here’s our pick of the best…

“Hey yo, I’m wearing these rad goggles behind the wheel and now it feels like I’m playing Gran Turismo!” That’s what you’ll be screaming as you career around the streets with your AV headset on in the near future.

BMW, Mini and Jaguar Land Rover are already working on tech projects that display information either onto a special windscreen or a pair of crazy spectacles.

Think ‘Ghost Car’ in your favourite racing game or the sorts of thing fighter pilots see in their goggles when flying cutting-edge jets. It will definitely be more fun than following that TomTom you’ve got with the Homer Simpson voice programmed in.

Some oddballs get a kick out of parking their car, awarding themselves mad ‘man-points’ if they manage to parallel slot their wheels into a tight space.

Balls to that, it will be way cooler when we can all step out of our BMW i3s, press a button on our smartphones or smart watches and gawp in awe as the car magically hunts down a space and parks itself.

The technology, which includes advance radar, GPS, Lidar and camera gizmos, already exists and BMW demoed it earlier this year, but unfortunately it’s super expensive at the moment. Be patient my friend, lazy parking is on its way.

The Audi TT suddenly got way more appealing when it came fitted with the German marque’s sweet Virtual Cockpit system last year. Gone are the boring binnacles and dials of old, and in their place is a 12.3-inch TFT display that sits behind the steering wheel.

But Virtual Cockpit is in its infancy and Audi is already toying with the idea of slathering interactive displays all over future vehicles. That means front passengers will soon be able to ‘swipe’ navigation instructions over to the driver’s display and mess about on the Internet while on the move.

Picture the scene: you’re in the car with your pals and one of them decides to have an hour-long phone call with his mum. It’s totally drowning out your Dubstep megamix and you’re starting to get punchy.

This is where Harman’s HALOsonic technology comes in to its own, as it uses acoustic design and complementary digital signal processing to maximise speaker directivity within the cabin.

In English, it means all four occupants can enjoy individual music, radio or phone calls without spoiling it for everyone else.

We gave it a whirl at the Consumer Electronic Show in Vegas this year and it’s mega. You can literally blast music in the front without disturbing those in the back. Mind-blowing magic.

That’s just a fancy way of saying you can open your car using a fingerprint or a quick scan of the old eyeball. Whatever, it’s still ruddy cool and will likely spell the end of the antiquated car key.

Chevrolet’s mad FNR self-driving concept car, which was unveiled last month, featured tech that scans the iris in order to grant access and start the vehicle.

So, if someone wants to steal your ride in the future, they’ll literally have to rip out your eyeballs with a spoon. A bit like Wesley Snipes did in Demolition Man.

Eggheads are busy creating menu screens that you can touch as well as see. These so called Ultrahaptics use ultrasonic transducers to exert force on a target mid-air, giving the user a sensation of touch.

Basically, it means automotive manufacturers can place virtual menu screens into the palm of your hand so you don’t have to take eyes off the road. In the near future, you’ll be able to swap radio stations by grabbing an invisible knob (wahey!) and turning it to the left or right.

A team at University of Bristol’s Interaction and Graphics research group is also working on displays that produce a simulated texture, so drivers can recognise menus just by the way they feel. Fluffy.