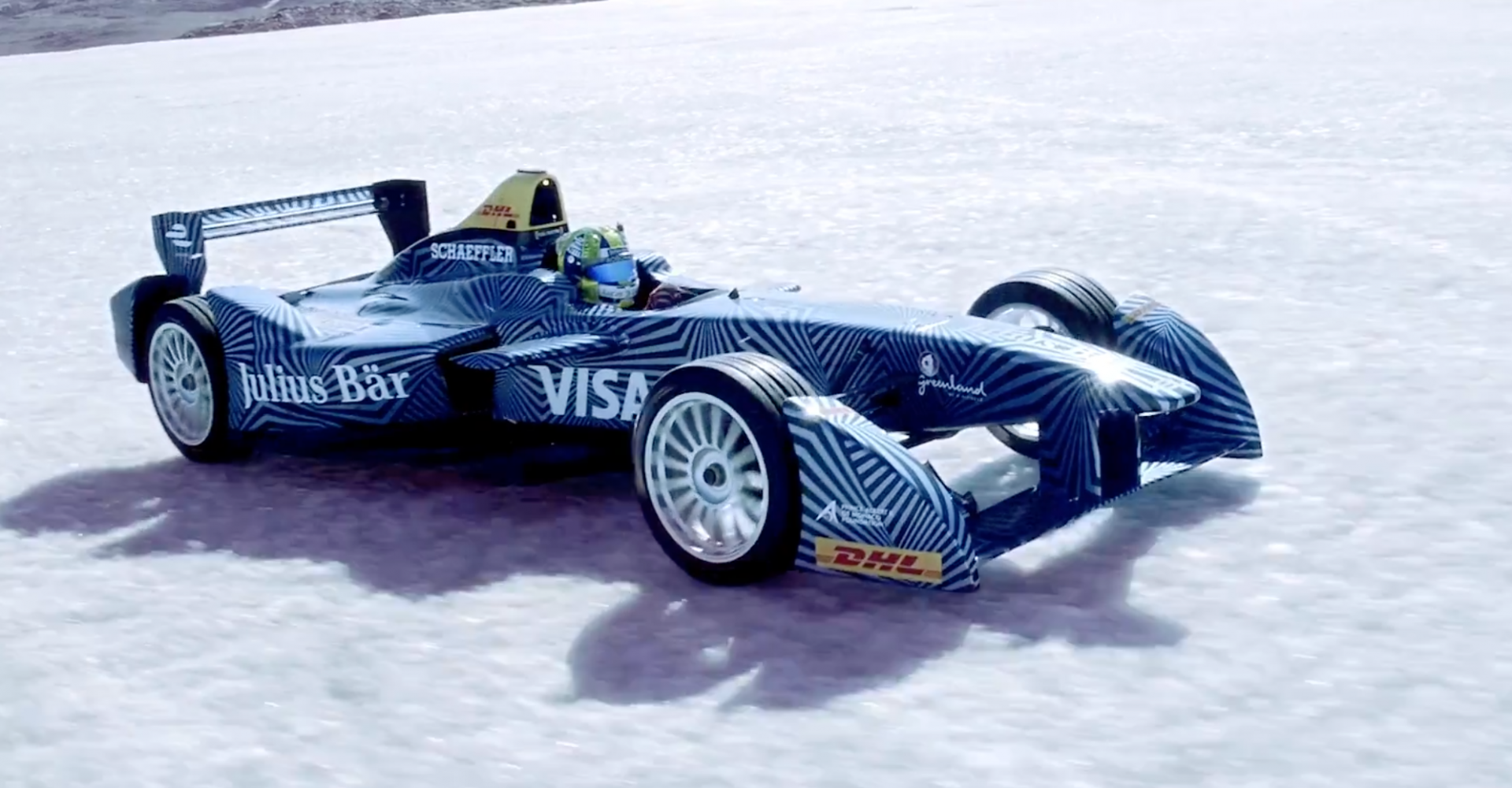 Remember the spate of ice-driving stunts at the start of this year…?

Well, the trend is back, but this time the terrain is more extreme and the message more important.

In an effort to highlight the effect of climate change and the impact of traditionally fuelled vehicles on the environment, Formula E took one of its all-electric racers to an ice cap in northern Greenland, where last season’s runner-up Lucas di Grassi performed sprints and doughnuts on the tough terrain.

Brazilian di Grassi, 32, said: ‘It was such a beautiful, peaceful place. To come here and see how huge the ice cap is and how the effect of global warming is changing it, melting it, gives me a completely different understanding of what we are doing with Formula E and the importance of driving electric cars.’

The race series aims to promote electric car technology as a key part of a more sustainable future – one that can play a vital role in tackling climate change.

Formula E has joined forces with Southampton University in an effort to further understand the effect melting ice caps can have. During the trip, a tracking beacon was placed on a detached iceberg, and the public can follow its progress at my.yb.tl/greenlandiceberg.