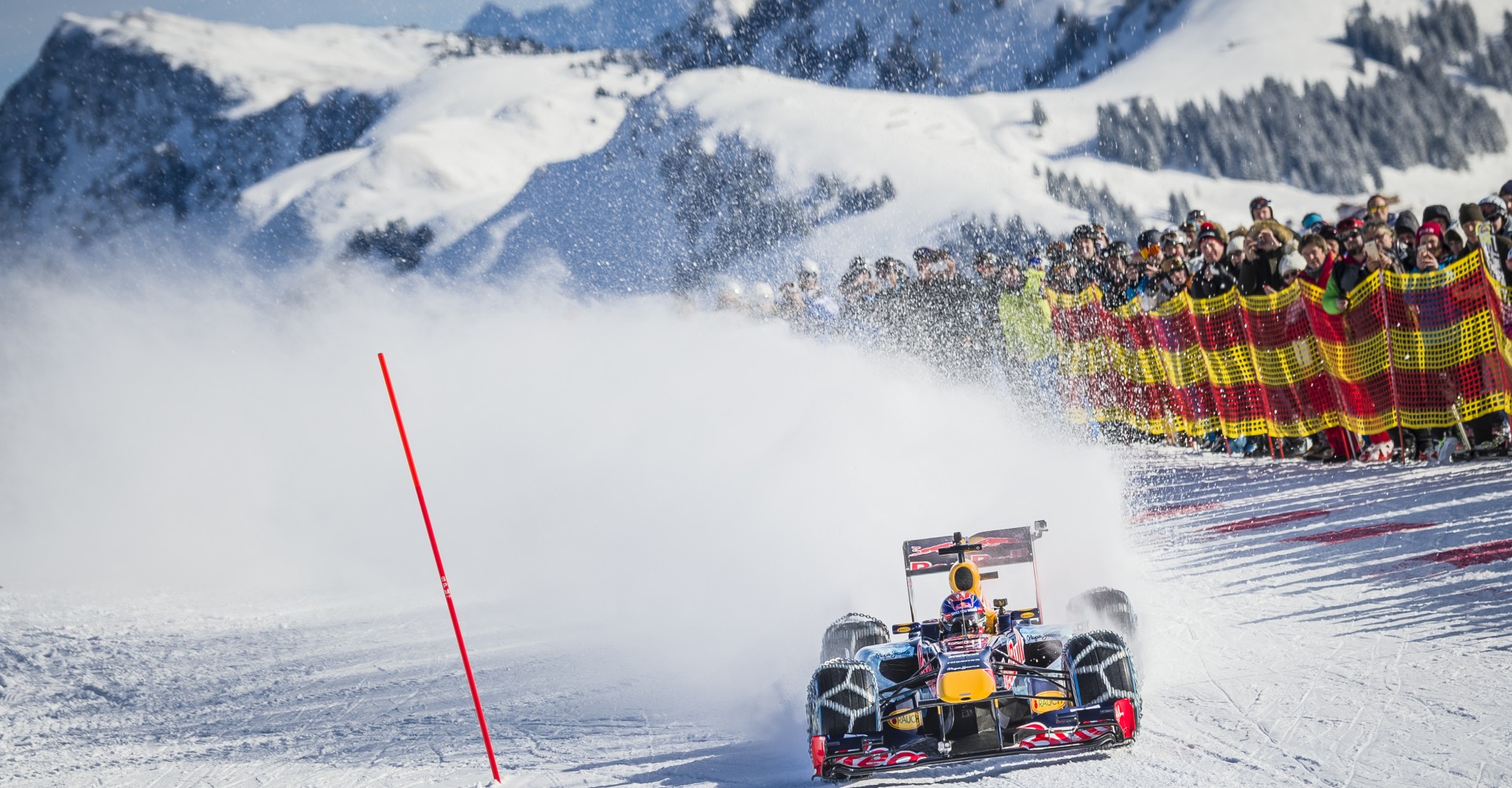 However, with Formula One prodigy Max Verstappen behind the wheel of the 800hp RWD Red Bull RB7, it makes for an incredible display. 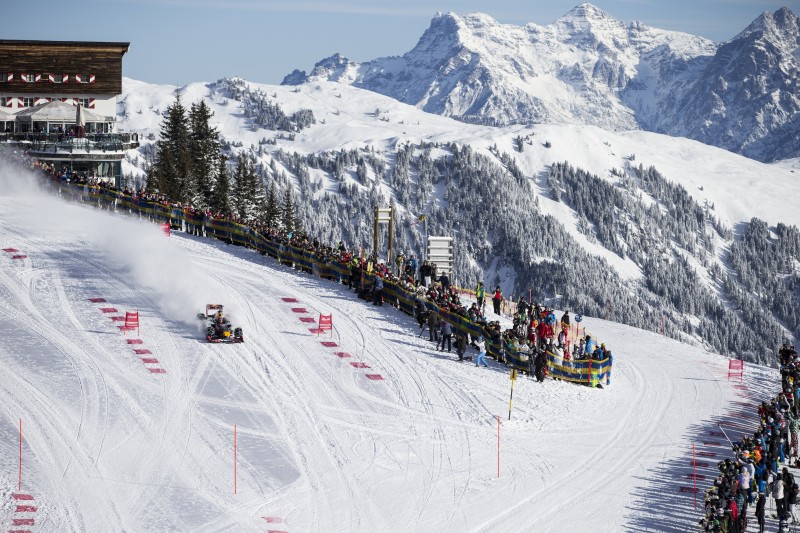 The 18-year-old took to the mountains in the Austrian ski resort of Kitzbühel in a demonstration ahead of the FIS World Cup, which takes place from January 24 to 26 and will see the world’s best skiers compete against one another on the notorious Hahnenkamm descent.

Pictures shared by Red Bull and Verstappen hint at the exciting demonstration. 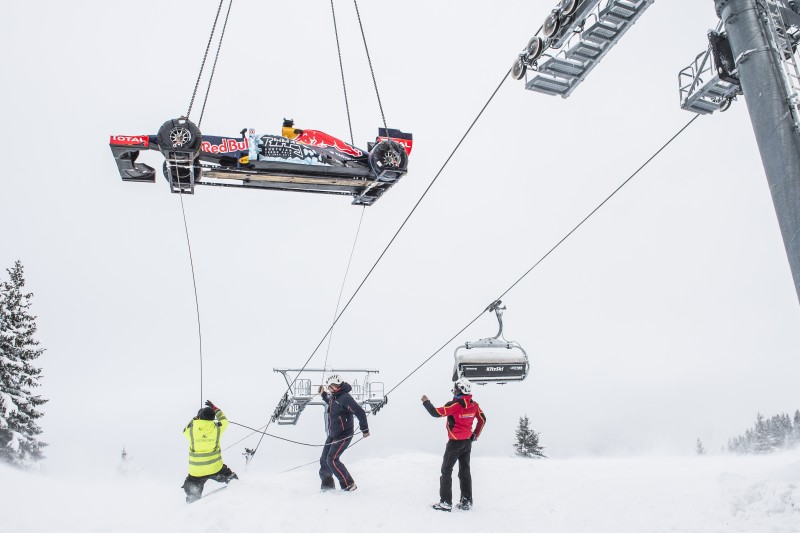 Driving on the difficult terrain wasn’t the only challenge, with an engineer commenting on the novelty of the demonstration: ‘The challenges for us in this temperature are massive. Just one month ago this car was in Australia, in the 35-degree heat, and somewhere else hot before that. We’ve been on beaches, on salt flats and on many, many different terrains that are normally always in hot temperatures. This is one of the only times that we have been in really low temperatures.’ To adapt the car for the sub-zero temperature, the engine technicians remapped the engine, allowing Verstappen more control with the throttle. Chains were fitted to give the usually slick tyres better grip. 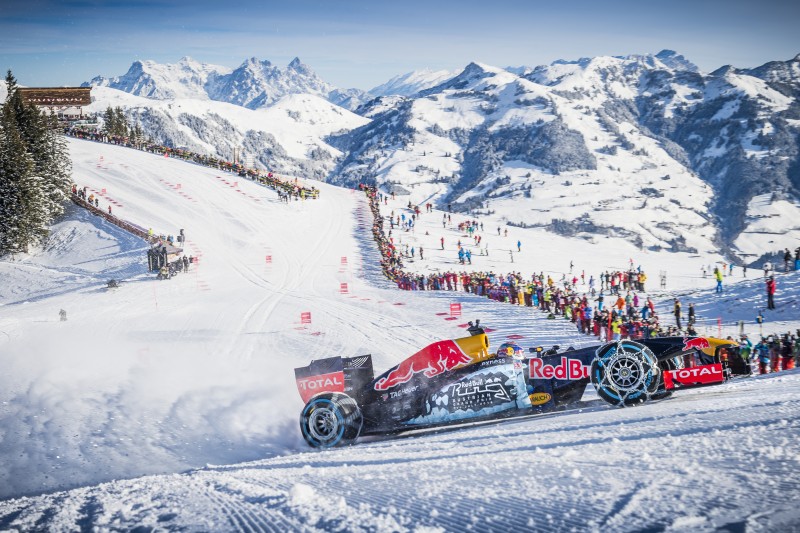 After the challenge, Verstappen commented: ‘It was really cool and was so much fun. Keeping the car on the track was a real challenge.’ 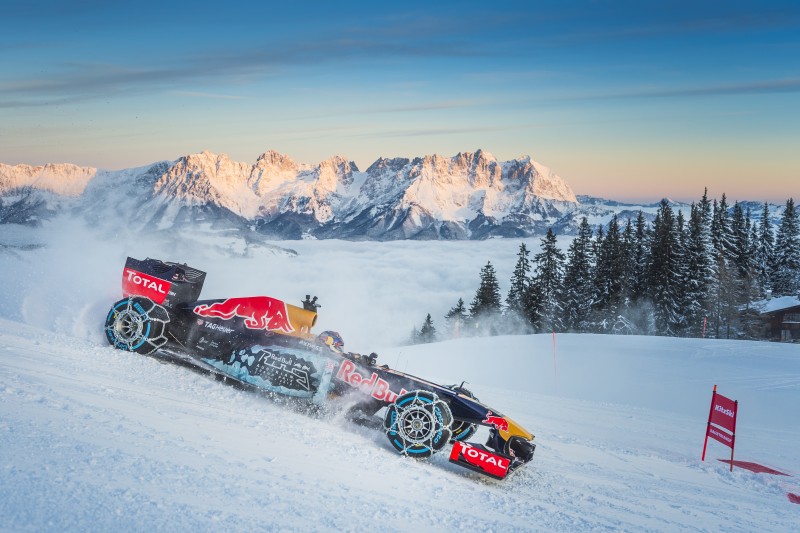 Footage of the Formula One showrun will be available to view on www.redbull.tv from January 26.