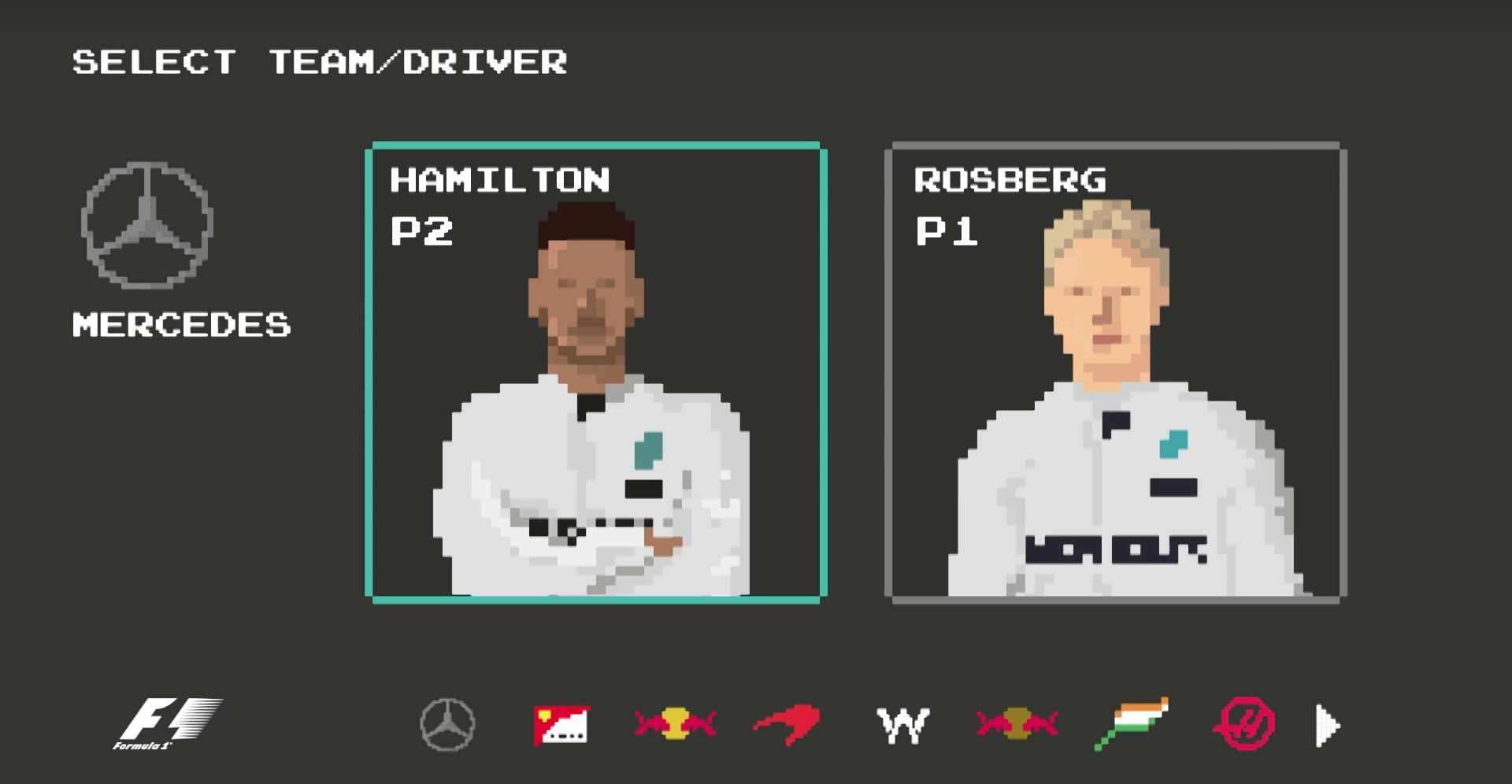 It’s been a crazy year in Formula One and it’s been all change, with Nico Rosberg winning the title in the final race in Abu Dhabi and then shockingly retiring just five days after the showdown with teammate Lewis Hamilton.

But one trend, apart from Mercedes being at the front of the grid, that hasn’t changed is Formula One being reviewed in, er, 8-bit.

McLaren-Honda started the trend at the end of last season with this effort:

And now Formula One has taken it on itself to do the same thing with its end-of-season review.

Picking out some of the stories of the year, such as Max Verstappen’s meteoric rise to the Red Bull driving seat, the video has some funny moments based on the main talking points of the season.

We won’t spoil the video, just let the magic unfold before you.