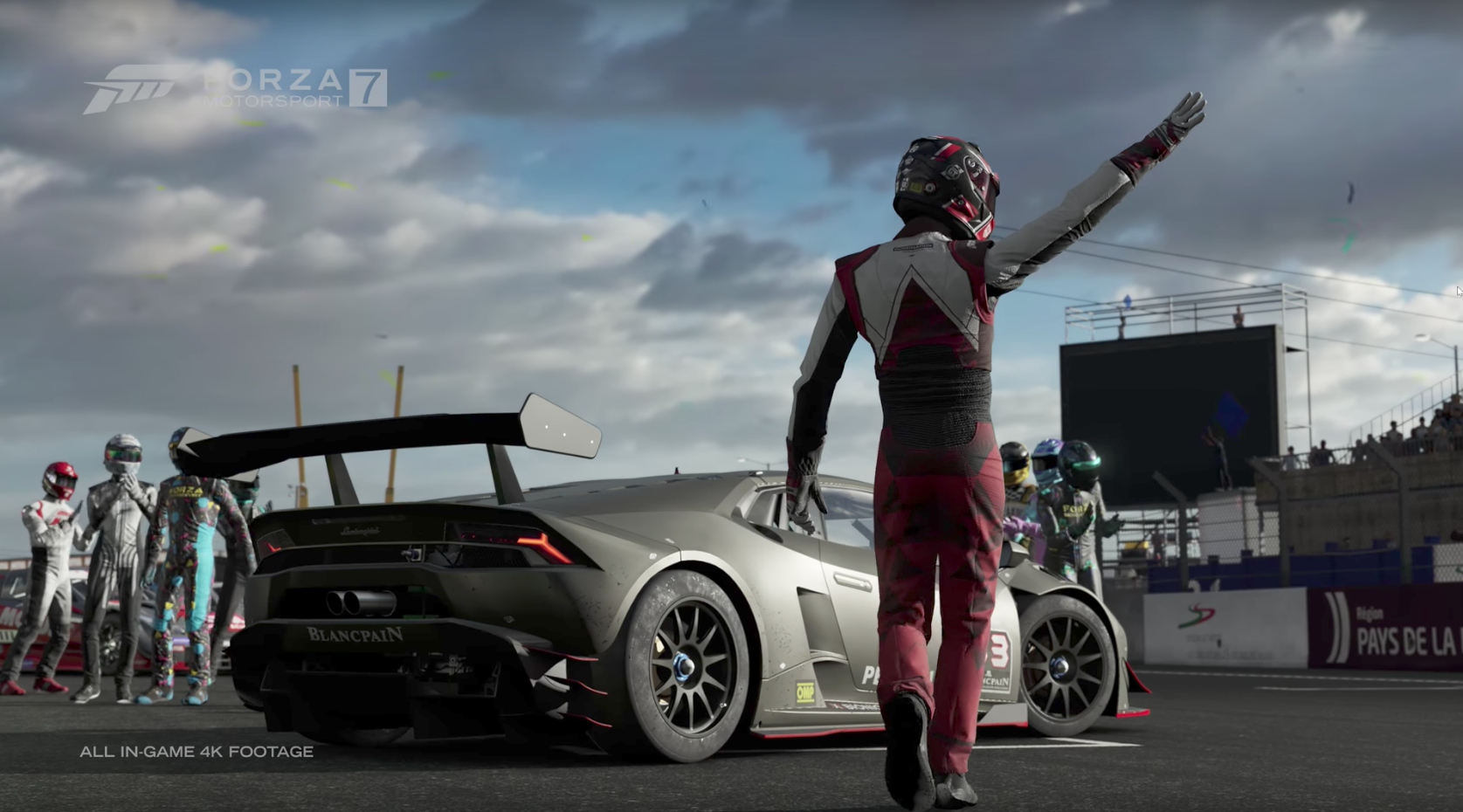 Since its announcement at E3 2017, we’ve been eagerly awaiting the release of Forza Motorsport 7.

After all, no other series has been as successful at bridging the gap between frivolous arcade driving games and hardcore track simulators.

Here at SuperUnleaded Towers, we’ve performed a close examination of the series’ latest instalment – officially released today, although the Ultimate Edition came out on Friday – and we’re now ready to offer an in-depth analysis of all the game’s features. 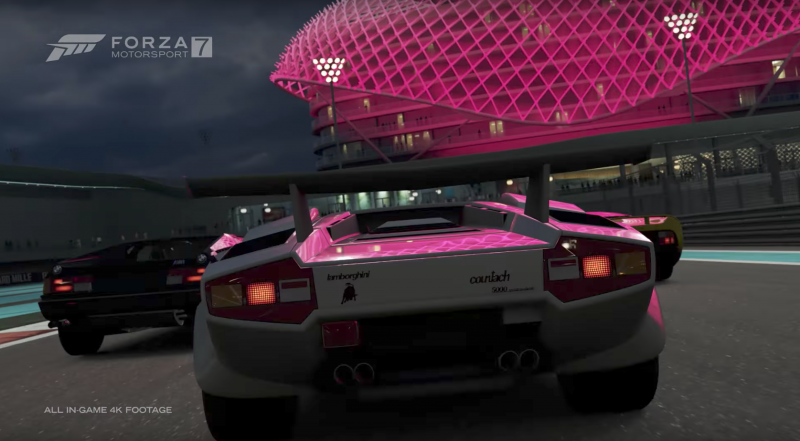 It makes sense to kick this review off with the first thing most people notice when they start playing a new game – graphics.

Turn 10 Studios, the company that develops the Forza Motorsport series, never has any trouble making its games look absolutely stunning, with its game engine easily supporting a high resolution while maintaining a steady frame rate.

On Xbox One, Xbox One S and medium-specification Windows 10 PCs, FM7 runs in 1080p and remains at 60fps 99 per cent of the time. Meanwhile, on high-end Windows 10 PCs and Xbox One X – the latter of which will be released on November 7 – the game runs in 4K while still maintaining that 60fps frame rate nearly all the time.

The reason we say ‘nearly all the time’ is because when we were playing FM7’s career mode, there were two separate occasions when the frame rate suddenly dived down to around 15fps, making the game totally unplayable. We tried rerunning those races to see if the same problem occurred but it didn’t, so we’ve decided it’s just a minor glitch that rarely appears in an otherwise incredible-looking game. In terms of driving dynamics, Forza Motorsport has always sat at quite a happy medium point. Everything looks, sounds and feels real enough to let the player escape into the fantasy of being a racing driver, but unlike more serious simulators, you don’t need an expensive racing wheel and a vast knowledge of driving physics to actually complete a lap, let alone win a race.

We were very impressed by the way the cars in Forza Motorsport 7 drive in comparison with its predecessor, Forza Motorsport 6. The differences in how various vehicles accelerate, brake and corner are definitely more noticeable than before, as well as both understeer and oversteer feeling more realistic.

However, if you worry that this will make the game too difficult for you, have no fear – FM7 is still just as accessible for all players as before. You’ll have no problem controlling your car with a typical gamepad, and options such as the rewind feature and vast array of driver assistance systems make life even easier.

The excellent driving experience is made even better by the effort Turn 10 has put into the game’s sound. Every engine note sounds more vibrant and realistic, from the low rumble of a V12 to the scream of a V10. 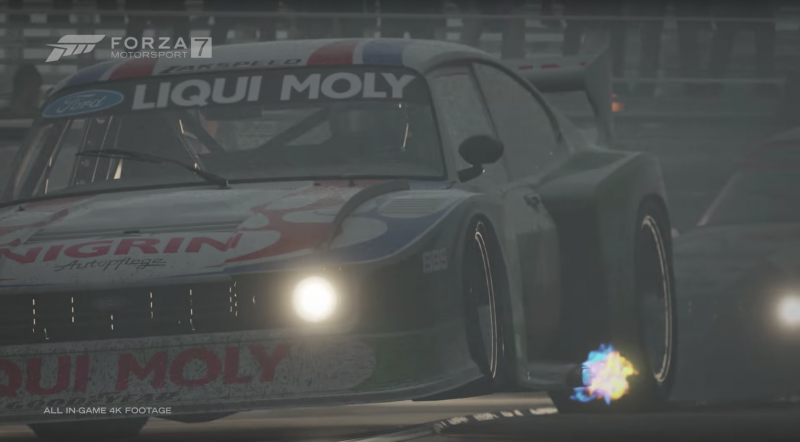 The whole point of a new game is the addition of new content – that’s pretty obvious, right? Well, apparently Turn 10 didn’t get the memo. Although Forza Motorsport 7 has ushered in upgraded graphics and improved driving dynamics, there are quite a few major aspects of the game that haven’t moved on anywhere near as much as they should have.

At launch, FM7 features more than 700 cars, which sounds like a colossal number, dwarfing the selection of vehicles in rival games such as Project Cars 2 and Gran Turismo Sport. However, when you actually go through the list, there don’t seem to be that many models we haven’t seen before.

A lot of the cars have already appeared in Forza Motorsport 6, as well as Forza Horizon 3, the latest instalment of the arcade-style Forza spin-off series. To make matters worse, the list of cars that are completely new to the series doesn’t include models that fans have been crying out for, such as the Bugatti Chiron and McLaren 675LT. However, you can expect a great deal more vehicles to be made available in the future via DLC packs, which we’ll discuss later.

Another element that we feel hasn’t been adequately upgraded is the list of tracks. Incredibly, the selection of environments is almost identical to FM6’s, with the only difference being the addition of a Dubai street circuit. Would it have been too much to ask for Turn 10 to add three or four new tracks? We don’t think so.

So, you want to be a racing driver… 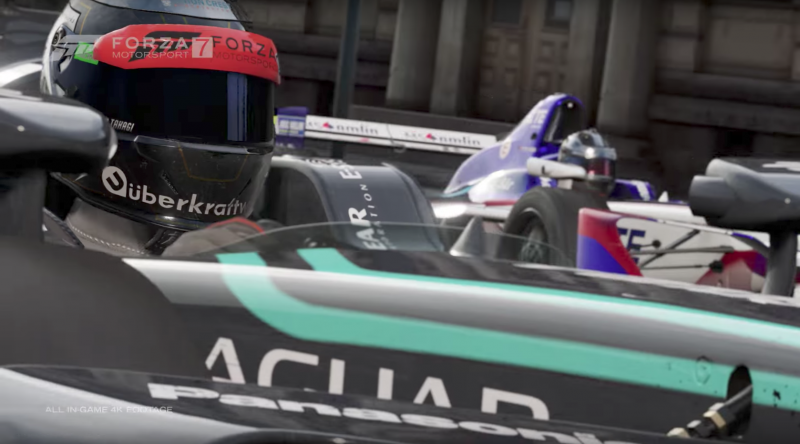 Any self-respecting racing game needs to feature a career mode – typically a single-player experience where you work your way up through the ranks of the racing world – and Forza Motorsport 7 has very much stuck to this formula.

Its career mode is based around the Forza Drivers’ Cup, a fictional racing trophy that can only be claimed by ‘the best driver in the world’. The campaign is made up of six championships. Each of these contain a number of different racing series based on different categories of car, as well as a few special showcase events.

The championships work as you’d expect. You earn points for completing a race series, with the number of points you earn depending on where you place in that series’ leaderboard. Gain a certain amount of points overall and you win the championship and unlock the next one.

This is a tried-and-tested campaign formula, but we do have some gripes with it. The problem is, FM7’s career mode doesn’t offer a good selection of race formats. Most races are pretty standard – 20 or so cars completing a few laps of a circuit. The only time the game strays from this is in the showcase events, which usually involve some sort of custom challenge, such as car bowling or an overtaking challenge. While this works well enough, we feel the game would have benefited from the addition of some other types of real-world racing, such as rallycross, time trials or offroading. 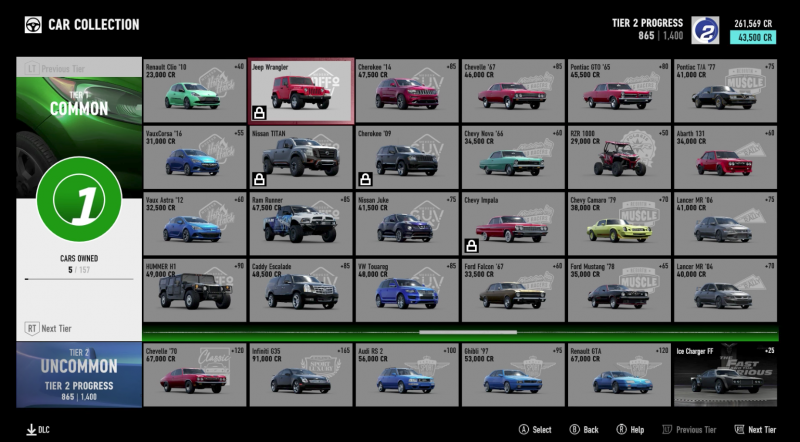 In previous Forza games, the process for acquiring new cars went as follows: win races, earn in-game credits, buy new cars, win more races, earn more in-game credits, buy more new cars, and so on and so forth. Alternatively, you could use real money to buy in-game tokens and then purchase cars with those. But, for some reason, these well-established systems have been thrown out of the window for Forza Motorsport 7.

FM7 introduces a new system called the car collection. Each car in the game has been assigned one of five different levels within this system, ranging from tier 1 (common) to tier 5 (legendary). When you start the game, it doesn’t matter how many in-game credits you have, you can only buy tier 1 cars. For each car you buy, you unlock collection points. The rarer the car, the more collection points you get from owning it. After you earn a certain number of collection points, you unlock the ability to buy cars from the next collection tier.

This is especially annoying in the career mode, as some of the races in early championships require the use of higher-tier cars, which the player may be able to afford but can’t unlock because the collection system is blocking their progress.

While it makes sense for there to be a system where people actually have to play the game to unlock cars, we think this isn’t a good way of going about it, and that it would have been far better to simply remove tokens from the game and leave it at that.

Player 2 has entered the game 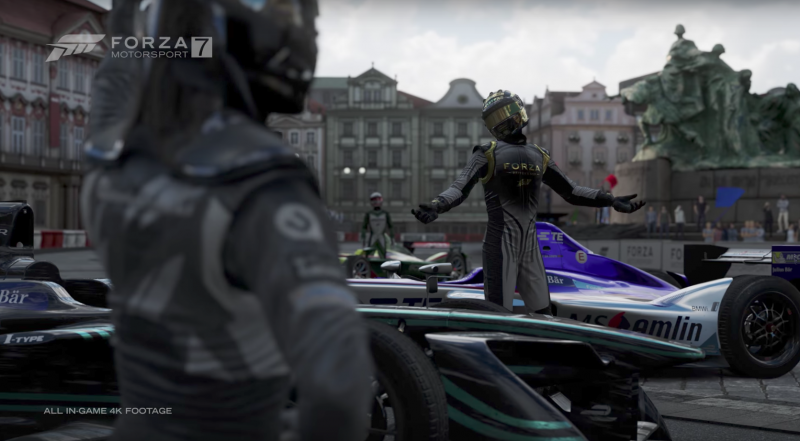 While racing games are great fun to play on your own, you’ll always have more of a laugh when your friends get involved. Or maybe you won’t, because the multiplayer options in Forza Motorsport 7 are, quite frankly, abhorrent.

We’ve always enjoyed split-screen races in previous Forza games, where two, three or four friends gather around a TV in a battle for first place. But when we tested this feature in FM7, we received a nasty shock. Having selected our cars and started setting up the race conditions, we found there was absolutely no option to add computer-controlled AI drivers into the race.

However, that was no big deal compared with the other problem we encountered. Starting the race, we discovered there was no engine sound whatsoever. We reloaded the game several times with different tracks and different cars but nothing changed. Wind noise, tyre squeal and all the other sounds were there, but there was nothing from the exhausts. A bit of delving into various Forza forums revealed that this was not a unique issue – it’s widespread and there’s no fix for it yet. Hopefully, Turn 10 will release an update to amend this problem in the near future.

Online multiplayer is better in that the sounds all work as they should. However, we did experience some very strange lag problems, with other cars clipping though walls and teleporting around the track. On top of this, there’s the usual issue of players deciding it’s a lot more fun to abandon the race and just crash into each other instead, but that’s down to human nature and not the fault of the developer.

The love of money is the root of all evil

Something Turn 10 has been guilty of in the past is holding the best cars back from a Forza game’s initial release in order to release them at a later date as part of a DLC pack. It looks as though nothing has changed with this latest instalment.

Forza Motorsport 7 was available four days early to anyone who pre-ordered the Ultimate Edition, which includes the Car Pass, giving them free access to a number of future DLC packs.

Also included in the Ultimate Edition is the VIP Pack, which has caused Turn 10 to get caught up in a bit of a controversy. Originally, the VIP Pack was supposed to give players a 100 per cent bonus on all in-game credits earned in races. However, when customers got their hands on the game, they were furious to find that this wasn’t the case and that the VIP Pack merely has five limited-use mod cards that give extra credits in the races they’re used in. Turn 10 hastily changed the description of the VIP Pack with online retailers, so it remains to be seen whether any more comes of the dispute. 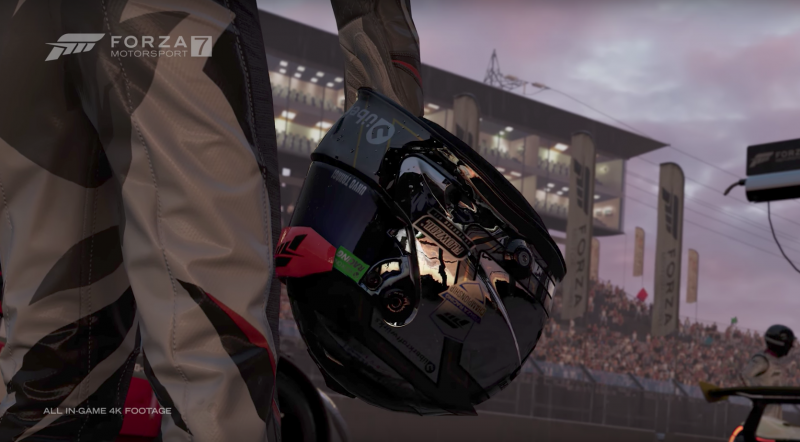 To sum up, although we’re slightly disappointed with some aspects of Forza Motorsport 7, it’s a great game overall. The graphics and selection of cars are unrivalled, while no other game achieves this type of driving dynamics as well.

If you want a serious simulator to use with your expensive racing wheel set-up, then you should look at Project Cars 2 or Gran Turismo Sport, but if you want to race around some of the world’s most iconic circuits while still having fun, you can’t go wrong with FM7.