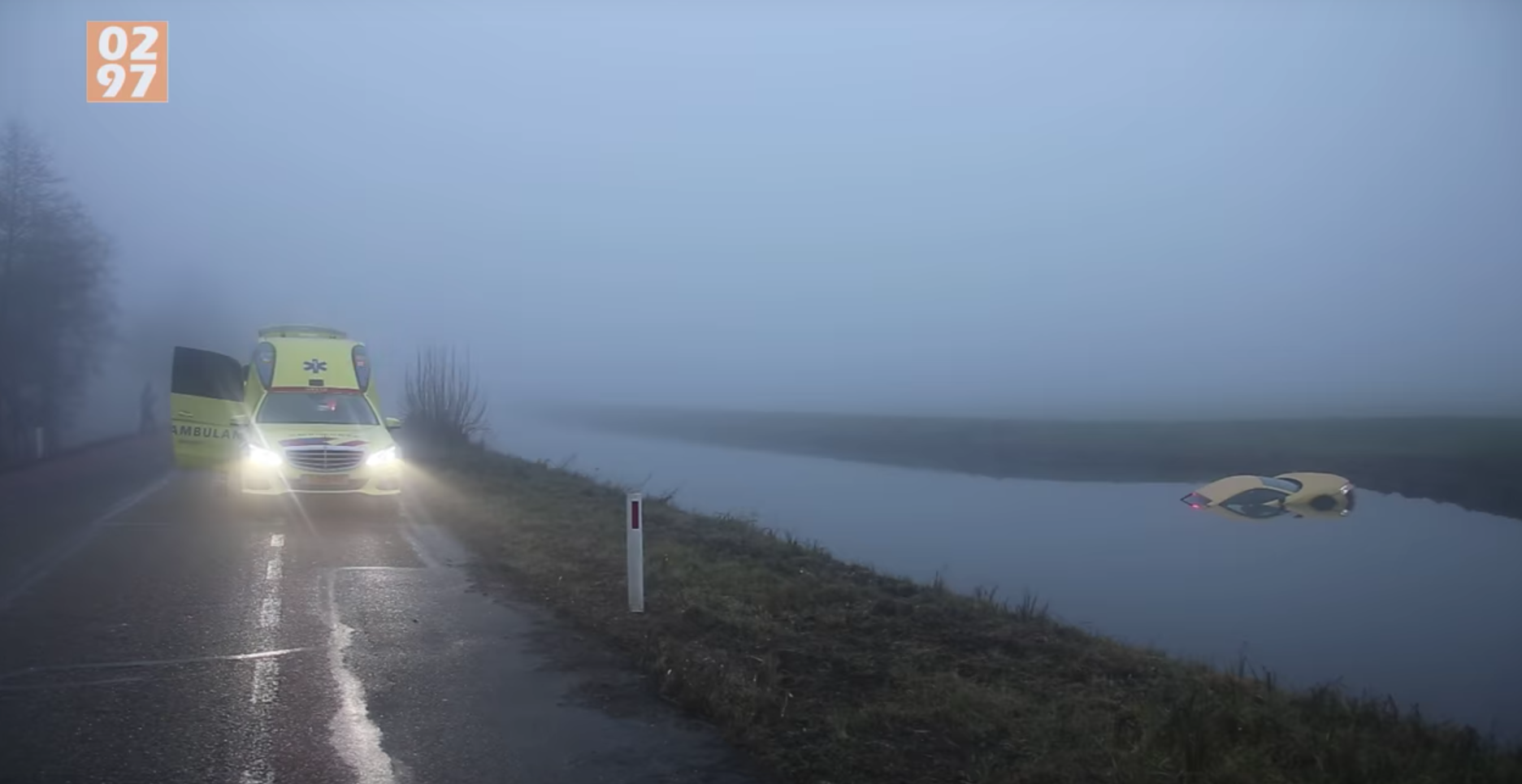 We pretty much love the new Audi R8 V10 Plus here at SuperUnleaded.

In fact, we love it so much that we picked it as one of our nine best new cars of 2016. We even drove a convertible version into London just to see who’d pap us.

So when something bad happens to one, we sneak off into the video cupboard and have a little cry – like when ne’er-do-wells nick one and set it on fire, or when some ham-fisted numpty manages to put it on its roof on a test drive…

Causing us a sniffle this week is one German gentleman who somehow managed to drive his R8 V10 Plus into a river in Loernersloot in the Netherlands.

We’re not totally sure how he achieved this impressive task, though the facts that it appears to be foggy, this stretch of road is both narrow and windy, and there are traffic-calming measures about 200 yards downstream of the crash may all be contributing factors.

Fortunately, the driver was uninjured in the incident, but he had to climb out of the window as the poor Audi sank, and he was described by police as ‘very c-c-cold’. 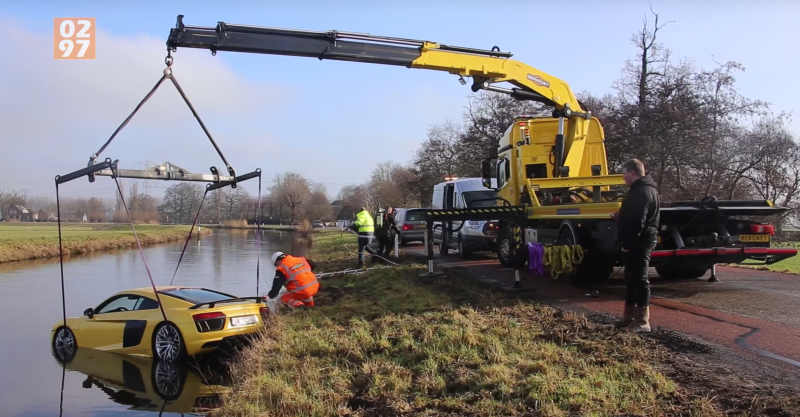 The R8 was later recovered by crane, but the usual effect on cars of being submerged in water is fairly catastrophic and it seems almost inevitable that the £140,000 Audi will be an insurance write-off.

Now, if you’ll excuse us, we’re off to the video cupboard…