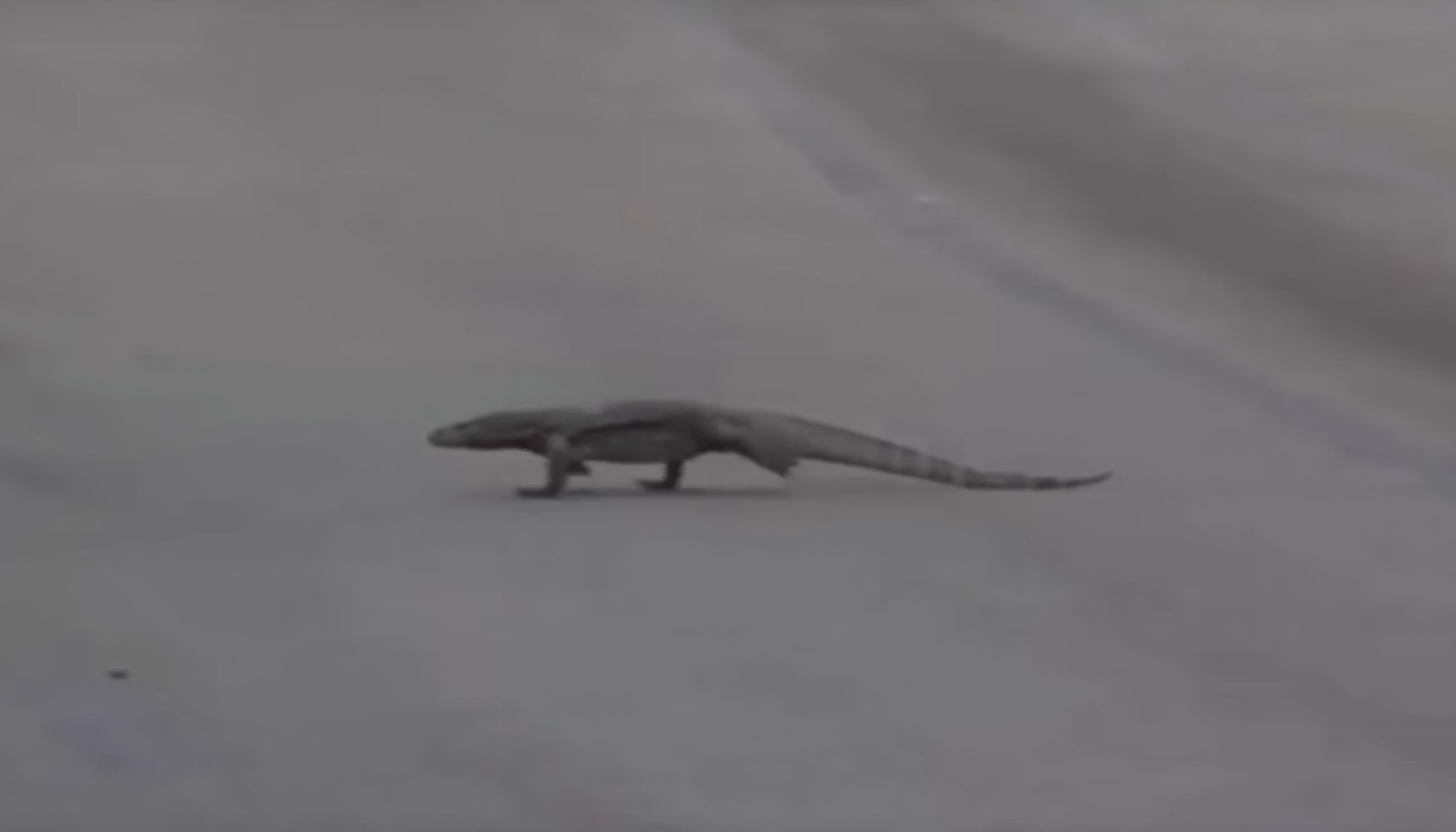 Formula One has had some strange track invaders in the past. For instance…

SQUIRREL http://t.co/Ng3dQMjR1t
or groundhog or whatever

But at this weekend’s Singapore Grand Prix, we had a different type of track invader, as the grid’s youngest driver was faced with Godzilla.

And… we have a lizard on track ?? #SingaporeGP pic.twitter.com/YkFw6esMG6

The monitor lizard that just strolled casually on to the track was inches away from Verstappen’s Red Bull during Free Practice One, but thankfully neither Verstappen nor the lizard were hurt.

Our scaly friend then scampered off to get out of the way and didn’t disrupt practice any further.