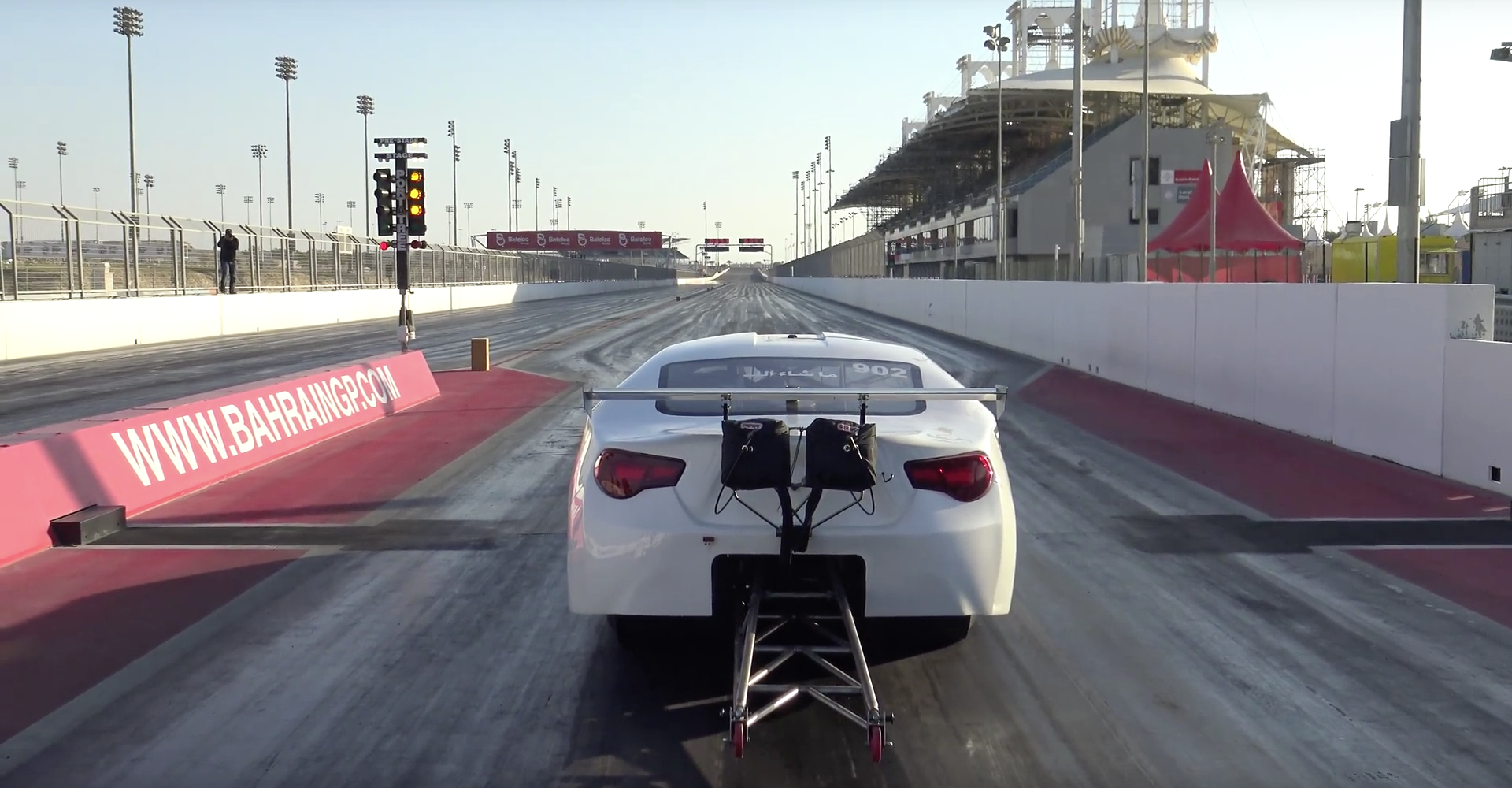 There aren’t many things that we could accomplish in 5.774 seconds.

Usain Bolt can run just under 60 metres in that time.

The car in question is a Toyota GT-86 – albeit in name alone.

Based on the team’s existing Camaro Pro Mod car, it’s a custom space frame with a composite body that superficially looks like the GT-86. The part that qualifies it as ‘import’ is the engine – a 2JZ straight-six turbo just like you’d find in a Toyota Supra, though by our calculations it’s throwing out somewhere around 2,000hp!

Astonishingly, this package accelerates from rest to a point 440 yards away in just 5.774 seconds, hitting 399km/h (248mph) – an average acceleration twice that of gravity. The previous record was also theirs – at 5.97 seconds.

Blink and you’ll miss it – but it’s a treat for the ears.