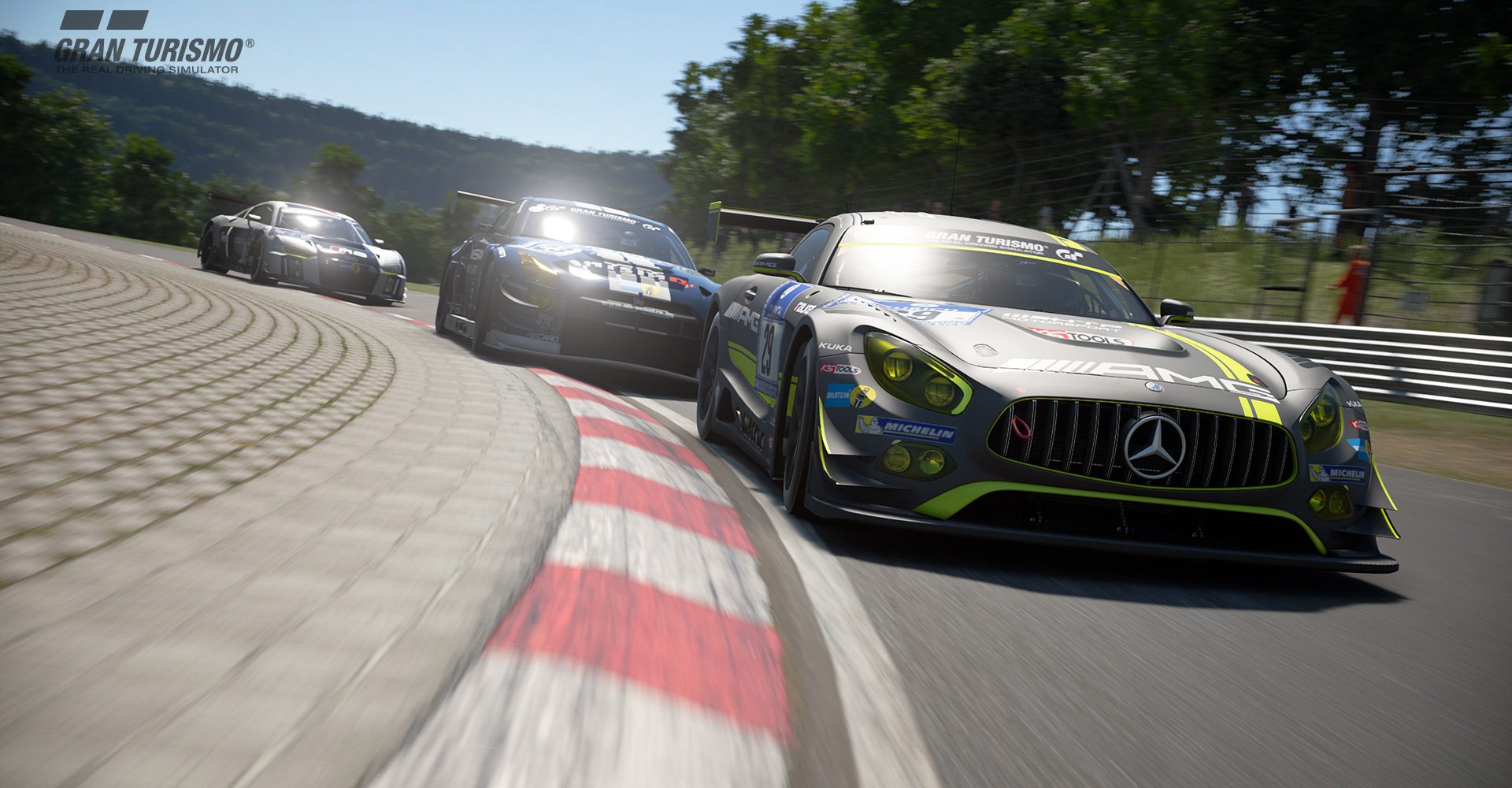 Over the past 20 years, the name Gran Turismo has become synonymous with the racing game genre.

From day one, the series has almost always stuck to the following formula: cars by the hundred, tracks by the dozen and a tonne of events to take on in career mode.

Gran Turismo has taken its sweet time – almost four years – to reach PlayStation 4, but it has finally arrived with GT Sport: a game that burns the rule book for a Gran Turismo game to develop an entirely new take on the series. 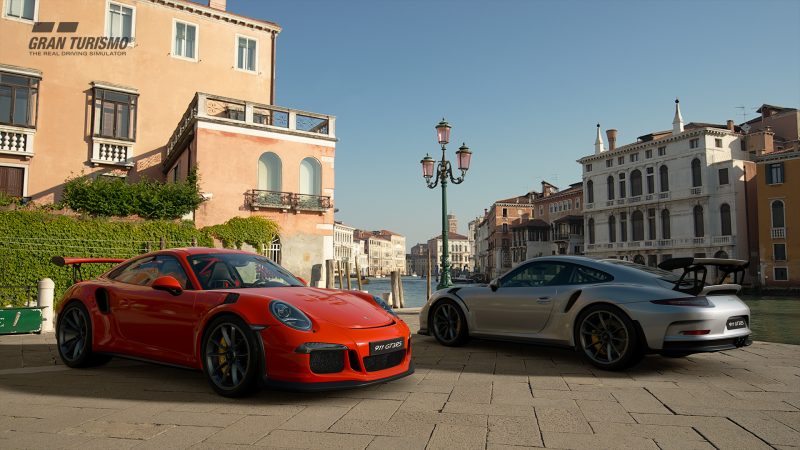 Gran Turismo has always led the way on graphics, and Sport is one of the greatest visual displays we have ever seen on a console. In this game more so than with any other, there are moments where you have to consider whether or not what you’re looking at is from real life footage.

We tested the game on a standard HD television with an original PS4 and it was breathtaking, so anyone with a 4K TV and a PS4 Pro will be in for a real treat.

While the game’s producer, Polyphony Digital, is often ahead of the curve with its visual prowess, its audio work has never matched up.

However, in GT Sport this has been rectified. Finally, after 20 years, cars in Gran Turismo have distinct engine notes and sound as you’d expect them to. Vacuum cleaner sounds be gone! 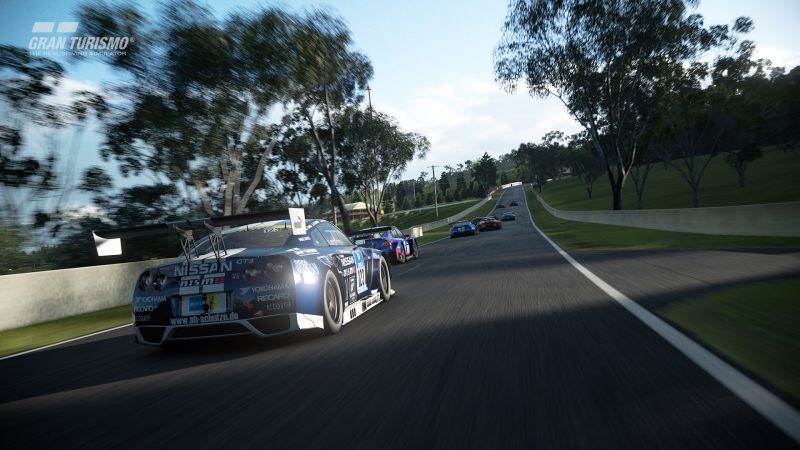 The pure driving experience in GT Sport is the best the series has delivered. Driving on the limit is a trickier and less forgiving task than in previous instalments – as it should be – but with that said, counter-steering is rather perilous on the PlayStation 4’s standard controller. If the rear of the car swings out and you attempt to correct it, the car almost always pivots in the opposite direction and into the barriers.

Fortunately for our collective egos, Polyphony has already confirmed that this is a problem with the game rather than its players, and it will be rectified in short order.

The immersion the game achieves is mind-blowing. Driving the Nürburgring is a genuine edge-of-the-seat experience, and at any given track GT Sport convinces you to attack corners just a little harder. We’re finding new limits at tracks old and new all the time, and it’s an absolute joy. 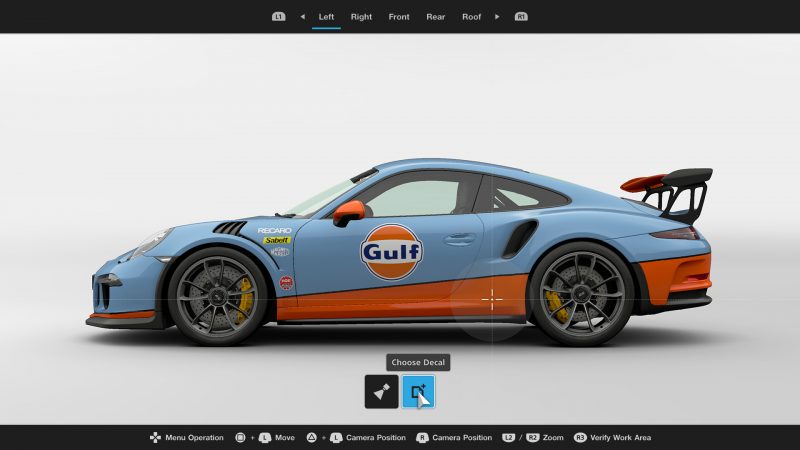 The long-awaited livery editor is one of the stars of the show.

With plenty of pre-loaded decals and patterns available, the possibilities are numerous. While it’s currently less expansive and technical than the Forza equivalent, there’s a lot of potential here, and more freedom will be granted with the to-be-added custom decal option.

While GT Sport has some strong elements, the car and track list is rather disappointing.

A total of 164 cars and 40 track layouts across 17 locations is the initial offering, and while those aren’t bad figures, the items that make up the numbers feel somewhat nonsensical.

Just five of the 15 real-world tracks in Gran Turismo 6 have made their way into GT Sport. Highlights include the now de rigueur Nürburgring, Brands Hatch and Suzuka circuits.

All-new original locations created in-house by the Gran Turismo team dominate Sport’s track listing. That’s not a bad thing – GT’s original circuits have become iconic, and some of the tracks they have mustered this time around are brilliant fun to drive. However, the track selection goes against the concept of the game, that being an e-sports platform that even features FIA-approved virtual championships in its quest to be as legitimate as possible.

Omitting circuits such as Silverstone, Le Mans and Laguna Seca in favour of fantasy tracks is only more bizarre when you consider the focus of the game, which is more race car-orientated than any previous Gran Turismo.

Many of the cars are racing variants of pre-existing machines, imagined by the makers of the game. Some are understandable, but when you have a Volkswagen Beetle that’s designed to compete with Ferrari and Lamborghini race cars, you have to suggest that the makers have gone too far and are at risk of detracting from the game’s immersion in the process.

All told, there are fewer than 100 truly unique cars in the game, if you don’t include the various different Gran Turismo fever dream variants of the game’s core models. The fact that the fictitious cars come close to outweighing the genuine models is a rather disappointing move that goes against everything the series once stood for, and this game’s intentions to provide a realistic experience. 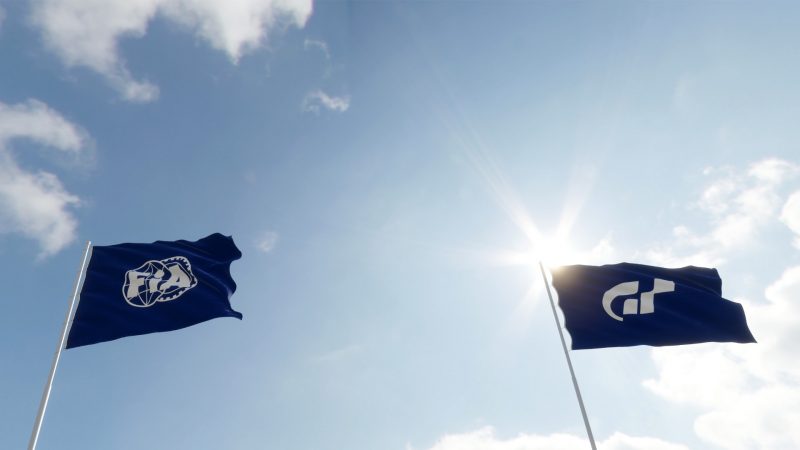 After a little over 12 hours spent with the game, it already feels like we’re scraping the barrel of what’s possible. Polyphony Digital’s leader, Kazunori Yamauchi, previously stated that the game could eventually see upwards of 500 cars included, and we’re hoping some tracks will be included too.

As it stands, GT Sport is strong in several key areas, but it’s suffering an identity crisis.

When you fire up the game, its opening video shows you iconic images of Le Mans, pre-war Grand Prix racing and motorsport en masse. With that and the FIA tie-up, you’d expect a package that allows you to write your own virtual chapter of motorsport in a realistic environment. The reality, though, is a bare-bones package filled with an odd, small track selection and an equally barren list of cars, which is disappointing from the series that pioneered racing simulators on home consoles.