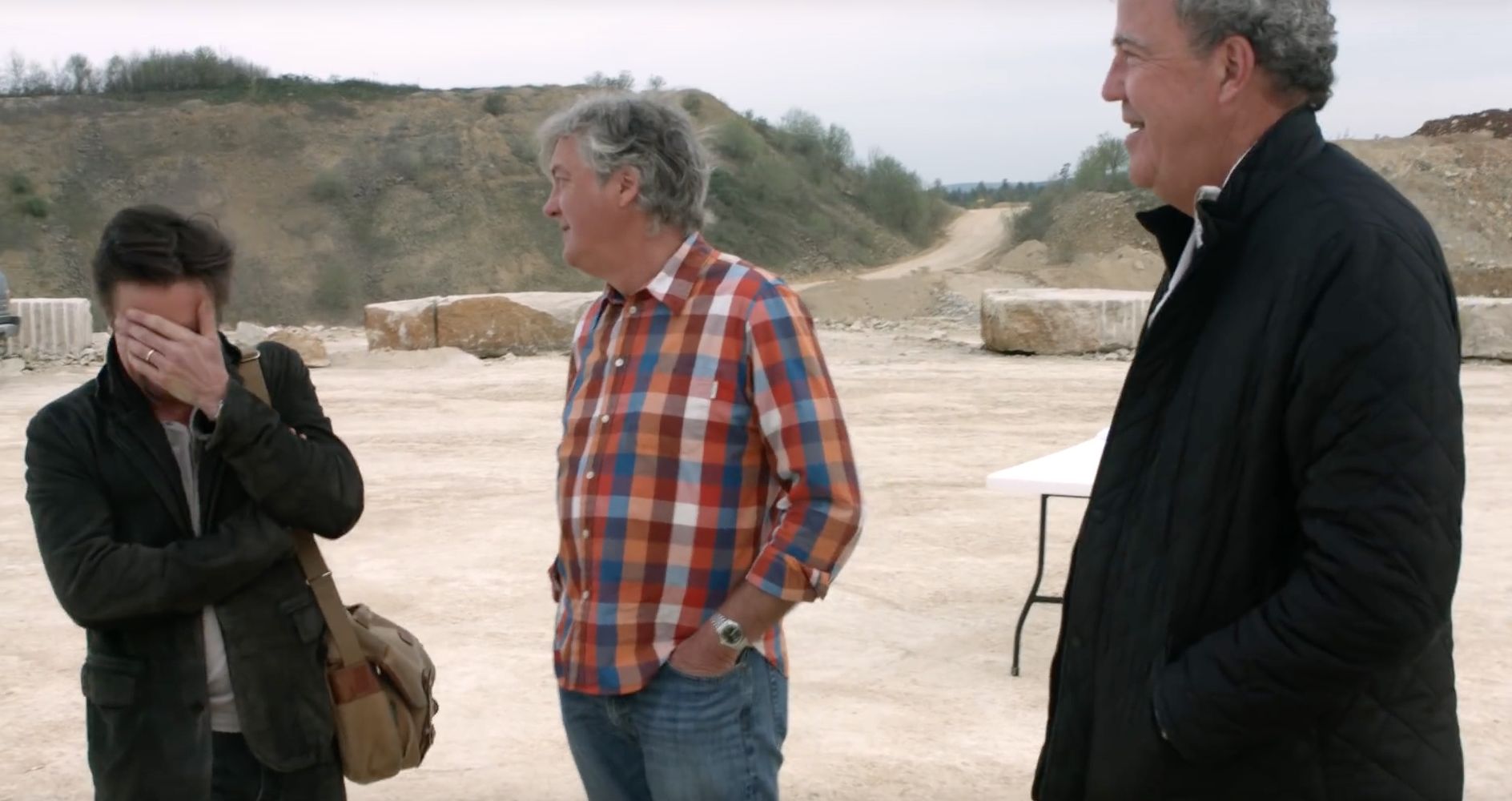 Amazon Prime’s new motoring show The Grand Tour is getting ever closer and more and more footage is being put out on the web.

Now the trio of Jeremy Clarkson, Richard Hammond and James May are seen in a very Top Gear-esque video, showing they really haven’t changed that much at all.

In a quarry setting, the video opens with the three asking if “it” is broken – referring to the Range Rover they had with them.

Then the SUV slowly drives past with a clunking noise coming from the undercarriage, making us question how on earth they’ve done that to a perfectly good off-roader.

They joke that they’ve hired the vehicle from ‘Gentle Rentals’ and that they could only drive it on the road. As you can tell by the surroundings, that hasn’t happened.

This video does show that the spirit of the old Top Gear is alive and well in The Grand Tour, and if we’re honest we’ve missed that.

Bring on The Grand Tour!

Check out the short video below.