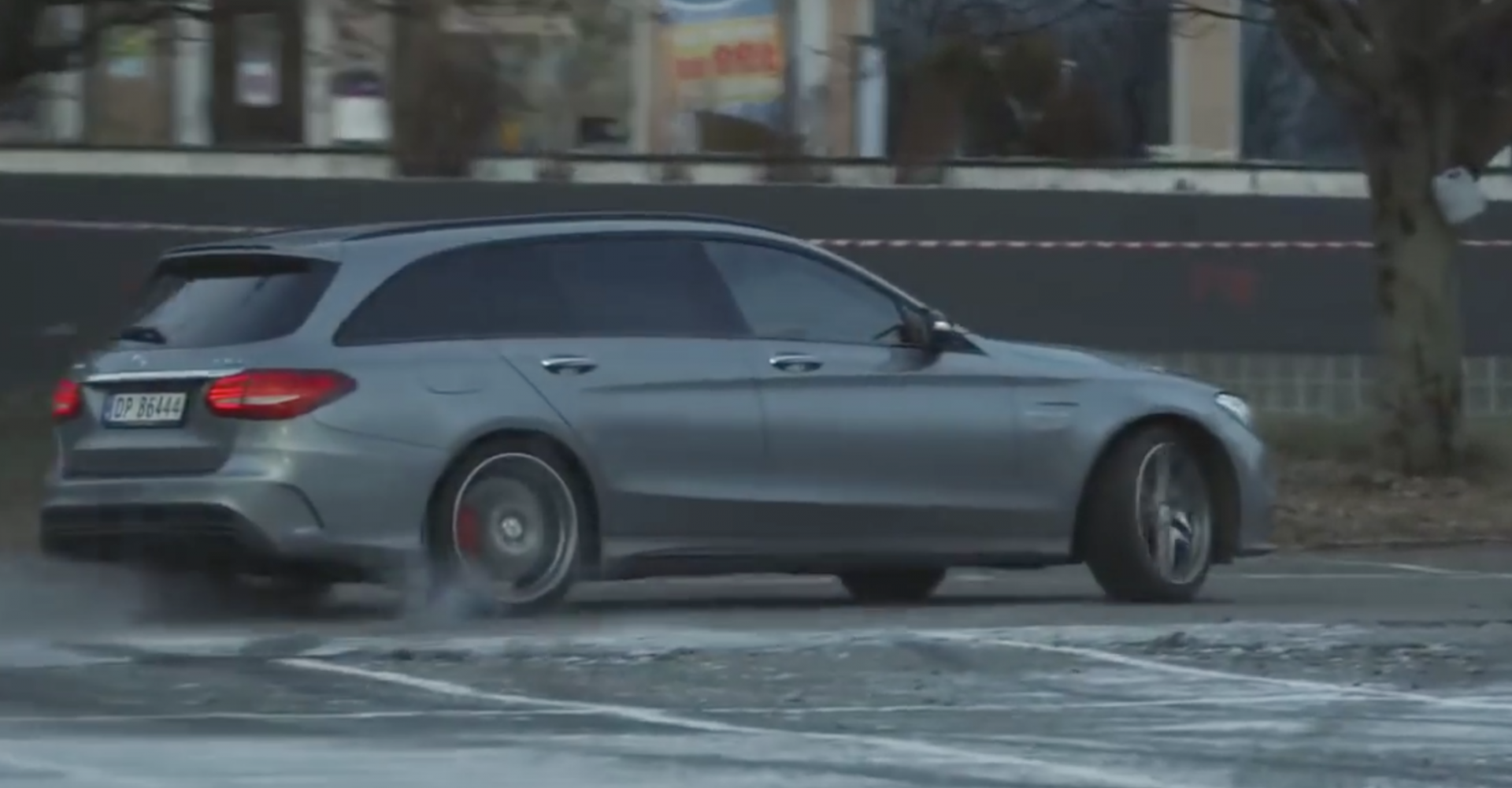 We know what you’re thinking… ‘Man, I wish my grandad could drive like this.’

Well, we wouldn’t recommend your elders drifting in a public car park and we can confirm that this is no grandad.

It’s not every day you’re taken out for a spin with a reigning rally champion at the wheel – especially without even knowing it.

But two lucky Mercedes-Benz technicians – who simply thought they were off to repair a fault – were given the ride of their lives by a World Rally Champion (WRC) disguised as an 82-year-old man.

Posing as a helpless driver who had impulse-bought a Mercedes-AMG C63 S, Norwegian WRC winner Petter Solberg is found having pulled over in a questionable manner at the side of the road because of a fictitious noise at the rear of the car.

When the technicians arrive at the scene to help they’re invited to go for a spin – quite literally. Little did they know their chauffeur was the twice-World Rallycross Champion.

In the video, Solberg asks the men to remove their shoes before hesitantly creeping off the pavement. As far as the mechanics are concerned, they’re stuck with a senile old man they can’t talk any sense into.

Not so coincidentally, they pass by a moderately empty, icy car park – the perfect space for Solberg to reverse in and whip the Merc into a 180-degree turn. In a state of shock, one mechanic suggests the driver should turn the ESP back on.

We’re pretty impressed that Solberg managed to keep a straight face throughout the entire prank.

See the video in full below: