Radio 1 breakfast DJ Nick Grimshaw isn’t known for his skills behind the wheel. He is known, however, for being quite chatty.

He’d have trouble talking his way out of this incident though, which saw him overturn his Mercedes G-Class after swerving to avoid a cat.. 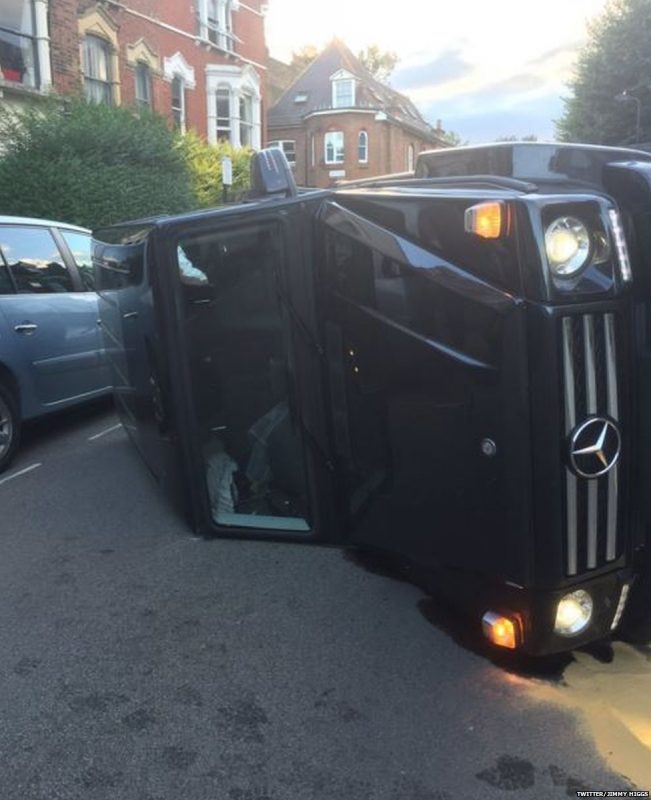 According to Nick’s representative, the radio DJ was “driving at no more than 15mph and he swerved to avoid a cat.”

We’re slightly sceptical here at SU HQ. It would take a huge amount of turning force to flip the G-Class – definitely more than that created while travelling at 15mph.

At least the cat got away unharmed.