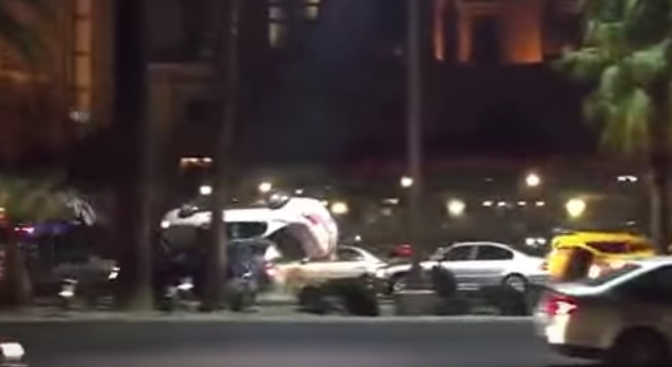 Remember the Bourne films? They had some pretty cool stunts, didn’t they?

Well a lucky chap in Las Vegas has caught a car stunt from the upcoming Bourne film on camera – right outside his hotel.

Mark Rodgers was waiting outside the Bellagio Hotel at around 3am when the filming took place. It looks like it was going ahead beside moving traffic, too.

If just one of the stunts looks like this, we can’t wait to see what the whole film looks like. Excited? Just a little bit.

Have a little look at the video below – and see how close he got to the action!