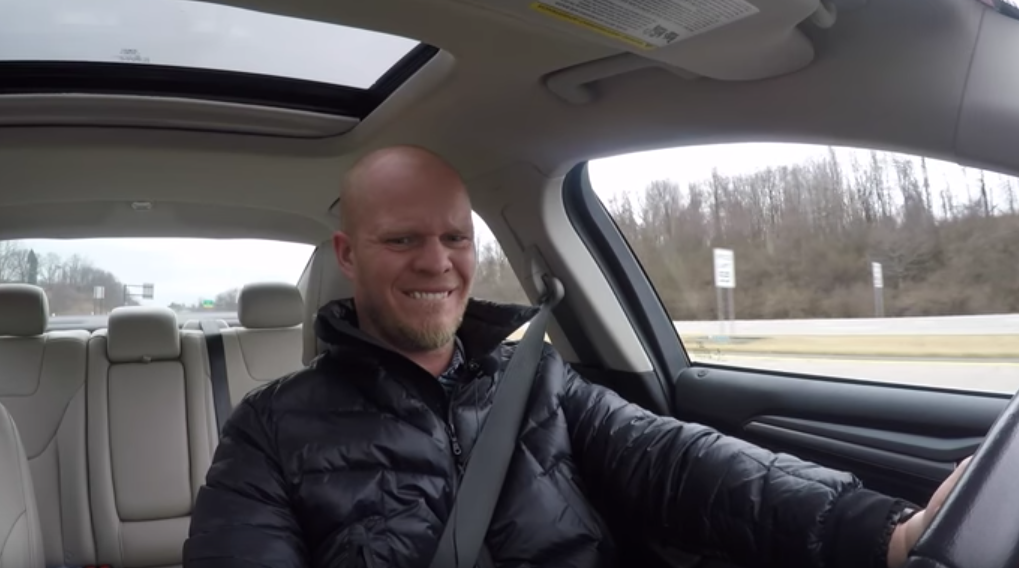 Have you ever been cruising down the motorway and wondered what might happen if you put your car in reverse?

Nope, us neither. But there are people out there whose minds work a little differently – including one particular YouTuber in Pittsburgh, Pennsylvania.

Rejoicing in the online name of AutoVlog, he’s previously thrown his keys out of the window while driving and pressed the start/stop button while cruising around town just to see what happens.

AutoVlog’s latest experiment involves putting his Ford Fusion in reverse while he drives at 70mph. He admits he’s never tried it before and seems a little nervous as he pulls the automatic shifter into neutral, then reverse.

And then nothing really happens. Despite a slow motion replay of the moment he pulled the shifter, nothing can hide the fact the result is a little underwhelming.

The only thing of note is the reversing camera coming on, which makes for a nice little surprise. What isn’t surprising is that Ford has built in a fail-safe that stops owners from mistakenly munching their gearbox.

So there you have it. Putting your car in reverse while driving at 70mph isn’t a very big deal… assuming you own a Ford Fusion with an automatic gearbox. We don’t recommend testing this yourself, though.

Check out the video below to see the results for yourself!