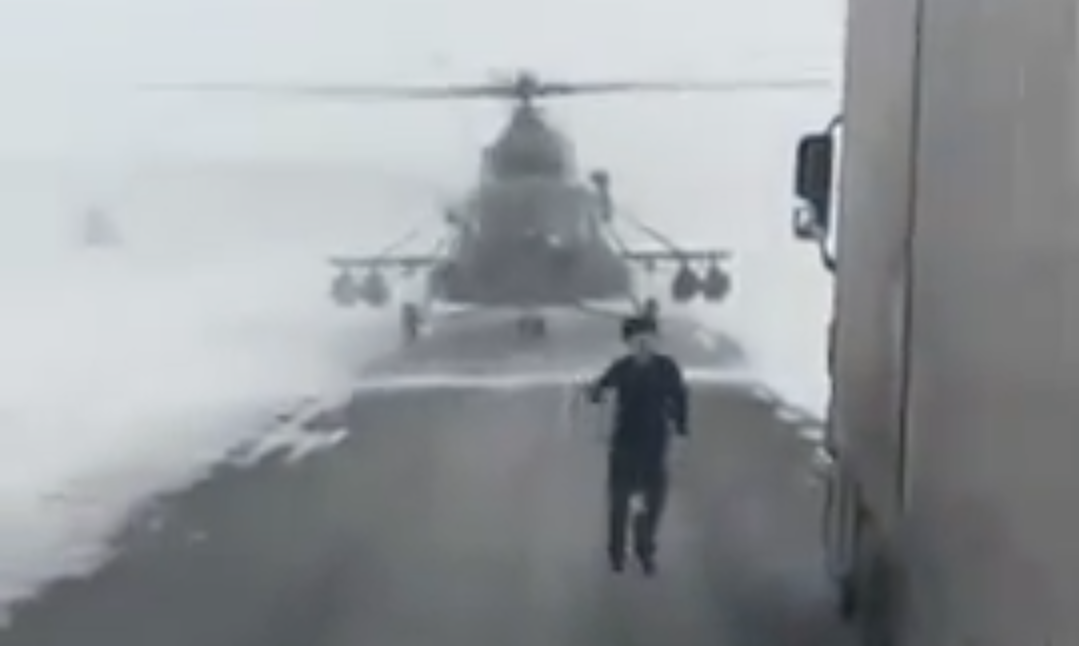 Men are notorious for their reluctance to ask for directions, but helicopter pilots are even less well known for it.

One pilot in Kazakhstan has bucked the trend, though, by landing on a road to seek navigational assistance from a truck driver.

If we’re honest, we think that flying a helicopter in the white-out conditions seen in this footage was foolhardy to say the least, while asking for directions from a trucker was a tad optimistic, but full credit to the fellow for swallowing his pride.

The helicopter looks like a Russian Mil Mi-8, used by military forces across the former Soviet Union, and the pilot touches down, jumps out and runs to the nearest truck to have an earnest chat with the driver.

Sadly, our Russian isn’t up to much, so we don’t know what’s being said, but after a couple of moments the brave pilot dashes back to the chopper and takes off into the murk.

We don’t know where he was going or whether he got there safely, but it’s proof that even highly skilled whirlybird pilots occasionally need a helping hand.