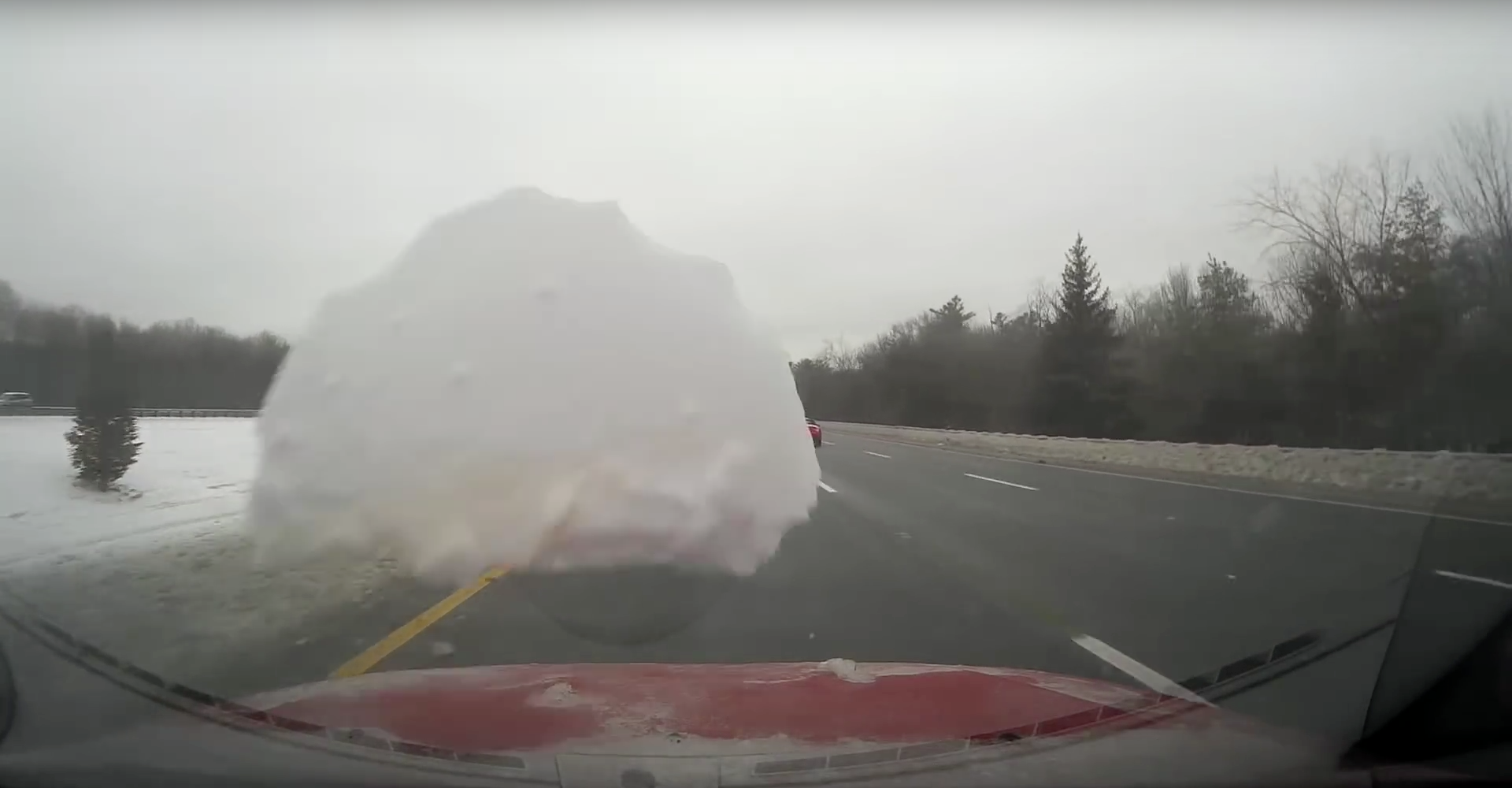 Although December was unseasonably warm on this side of the Atlantic, here’s a reminder of winter driving etiquette from the other side.

Caught on a dashcam, this unlucky Saab driver in Haverhill, Massachusetts, pays the price for someone else’s laziness in not clearing all the snow off their car properly.

Clipping along the I-495S on the morning commute, the Saab is following an SUV at a reasonable distance when suddenly a sheet of ice dislodges from the SUV’s roof.

The Saab driver – one Jeffrey Cote – backs off a bit, thinking that the ice sheet is going to hit the road in front. No such luck. It has eyes only for him…

And with unerring aim it slams into his windscreen, shattering it and damaging both the driver’s side wing mirror and one of the windscreen wiper arms.

Nasty! And it could easily have been far nastier…

We take our hat off to Cote, who proves as cool as a cucumber and displays expert driving to bring the situation under control.

Unfortunately, the short clip isn’t enough to identify the SUV, but as it’s the vehicle that caused the damage it’s that driver’s insurance that would be paying for it. So don’t let this be you – clear your car of the white stuff properly before you set off!

Assuming it snows this year, that is.