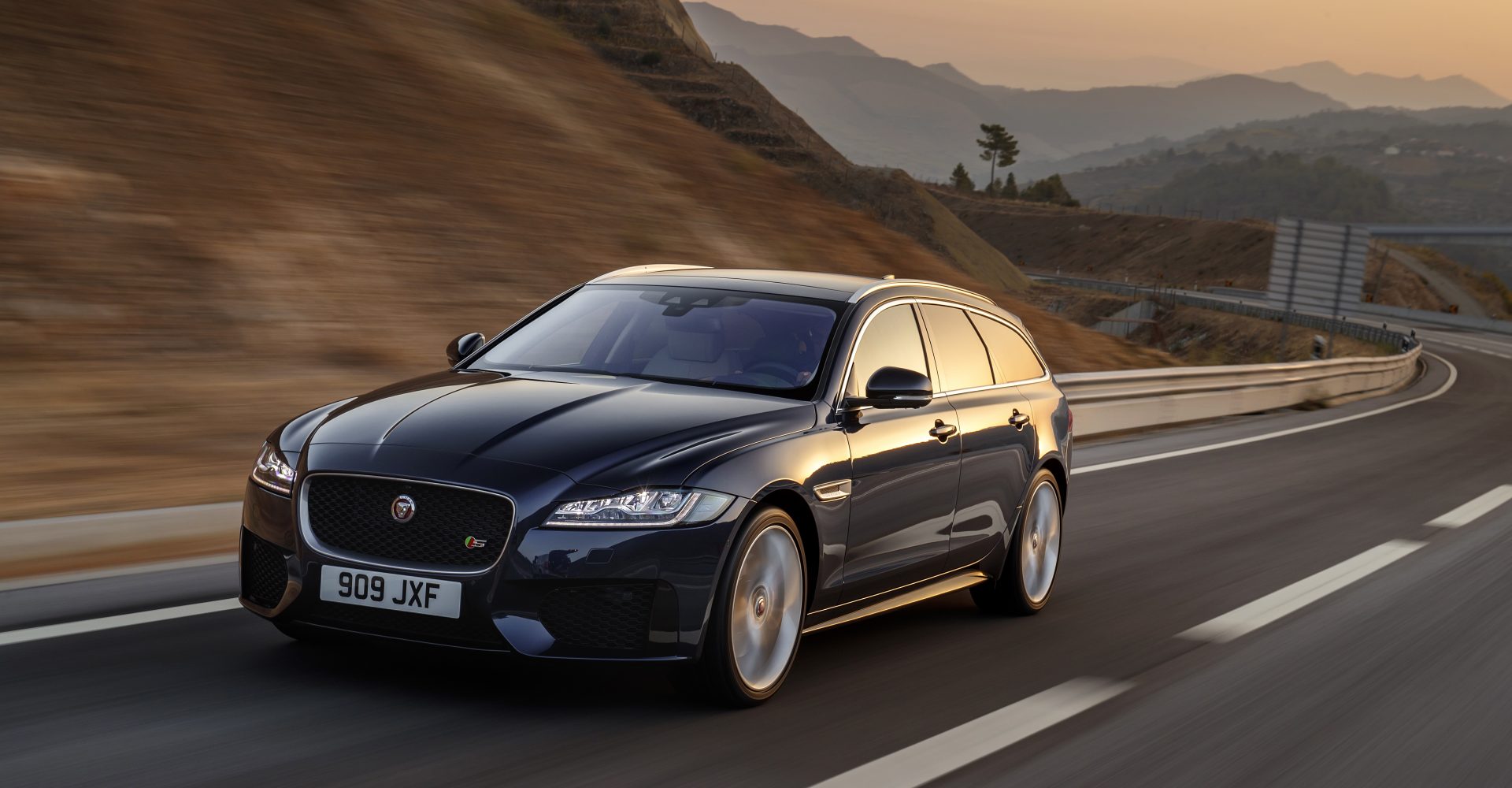 There have been so many SUVs launched recently that we’re genuinely losing track of what they all are. Every manufacturer from Alfa Romeo to Volvo produces a high-riding crossover these days, and fans of the humble estate car are getting steadily more annoyed about it.

But salvation is here, and it’s named Sportbrake. Jaguar has launched the estate version of its XF saloon, and we’ve been for a drive…

Diesel bells, diesel smells but diesel all the way 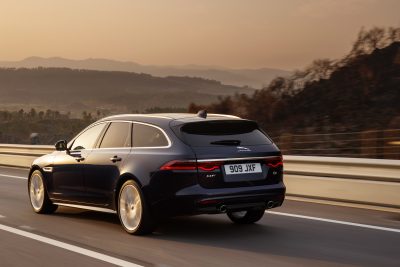 You can have your pick of five engines in the Sportbrake. Only one is petrol, and as much as we want to like it – it’s just not the best choice. That honour goes to the V6 diesel, which is excellent. It’s quiet, economical, and it’ll do 0-60mph in 6.5 seconds. Not too shabby for a car that weighs nearly two tonnes!

Other markets get a 3.0-litre V6 petrol with 376bhp, but we miss out on that one in the UK because Jaguar thinks almost nobody would buy it. There are also no plans for a hot R model – yet.

Not a very useful test for some, but if you’re supplying Wimbledon for a couple of weeks, the XF Sportbrake is the ideal car.

More usefully for most of the people who’ll buy this car, the Jaguar’s designed the XF Sportbrake to fit two sets of golf clubs width-ways – leaving lots of extra space for anything else you like. The family Labrador has never known such luxury.

Plus, air suspension on the rear axle means it rides level no matter how much you load into the back.

I reckon this is probably the best looking estate going at the moment. Larvely pic.twitter.com/PW1EkTmHYD

Old Jaguar posters in the 1950s offered customers ‘grace, pace and space’. The Sportbrake offers plenty of room for passengers and luggage, and depending on your engine choice pace is good, too. But its grace is the best bit – this is a car that feels like a seriously well-sorted sports saloon on a twisting back road.

The steering is sharp, the ride comfortable, and the seats super-supportive. Though most Sportbrakes will likely find themselves doing the school run or motorway commutes, it’s good to know that you can still have lots of fun if you find yourself on a B-road.

The interior still isn’t quite up to scratch 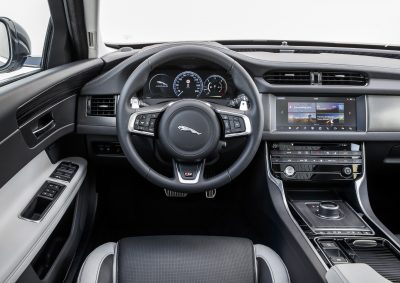 We like the seats, and we like the space, but the interior design and quality won’t give BMW’s designers anything to lose sleep over. The rotating air vents and rising gear selector are cool, but the rest of the dash is a bit straight-laced and – dare we say it? – a bit boring.

Jag’s also not very down wit da kidz when it comes to technology, and the XF Sportbrake misses out on the crucial Apple Carplay and Android Auto functionality that millennials demand. 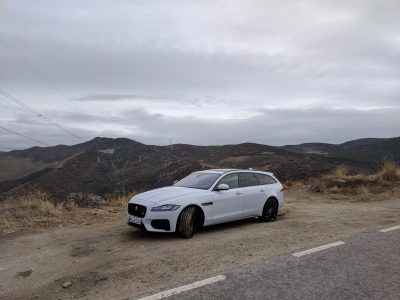 There’s always a bit of a sense that Jaguars are the choice of the gentleman. Sure, you could have a very technically accomplished BMW 5 Series Touring or Mercedes E-Class Estate – but why would you, when the sharp lines and iconic badge of a new Jaguar beckon from the showroom?

The Jaguar won’t carry as much of your luggage as the Mercedes, and it’s not as efficient or technically advanced as the BMW – but it’s got more soul than either, and it’s better to drive, too. We’re big fans.