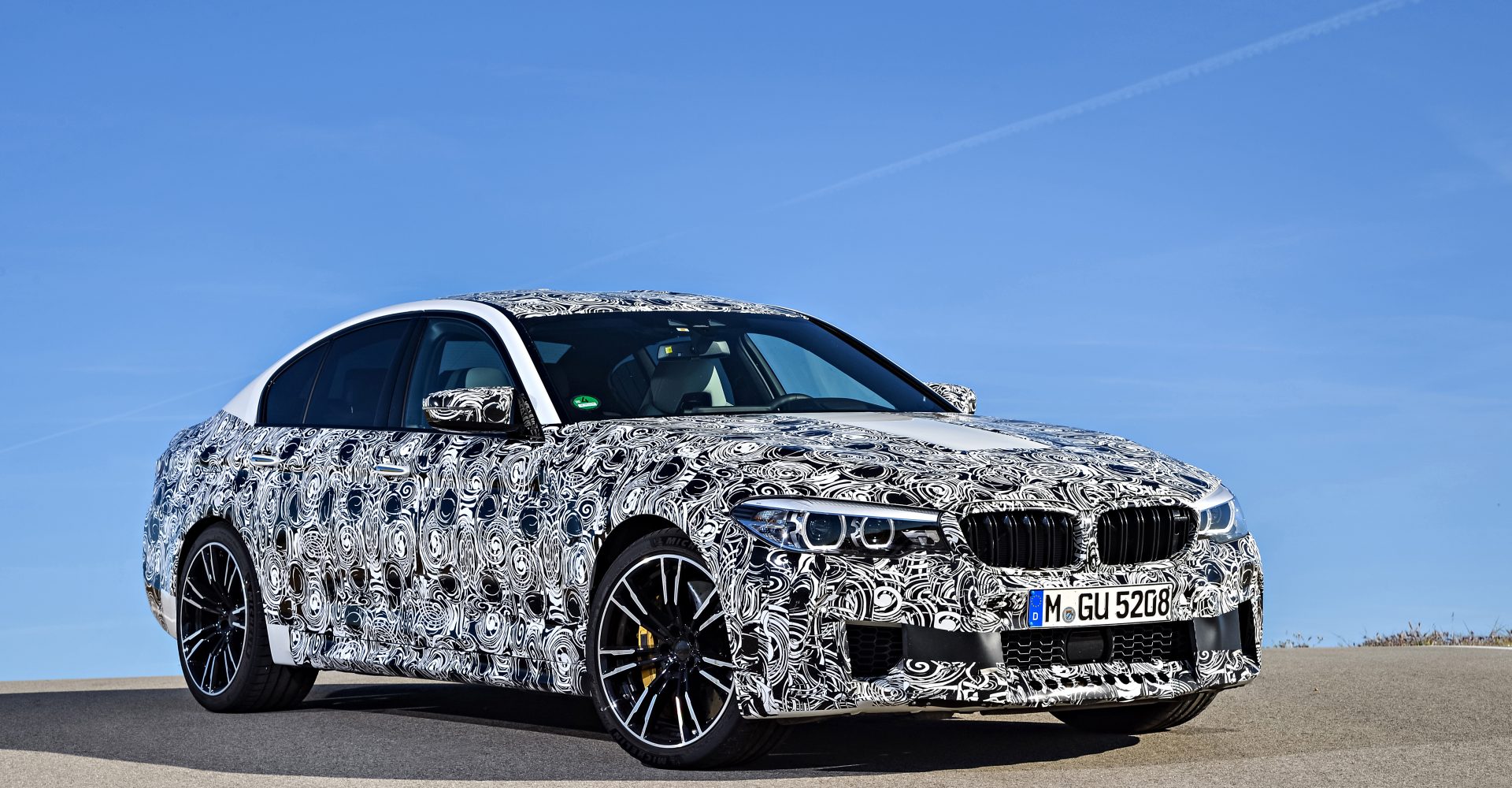 August 21. That’s the date BMW fans need to put in their diaries, because that’s when we’ll know all about the new M5.

For now, we’ve had to put up with drip-fed information, camouflaged ‘spy’ shots and now this fast-paced teaser.

To get you excited for the car’s full reveal next week, we’ve pulled together everything we know so far about the new BMW M5… 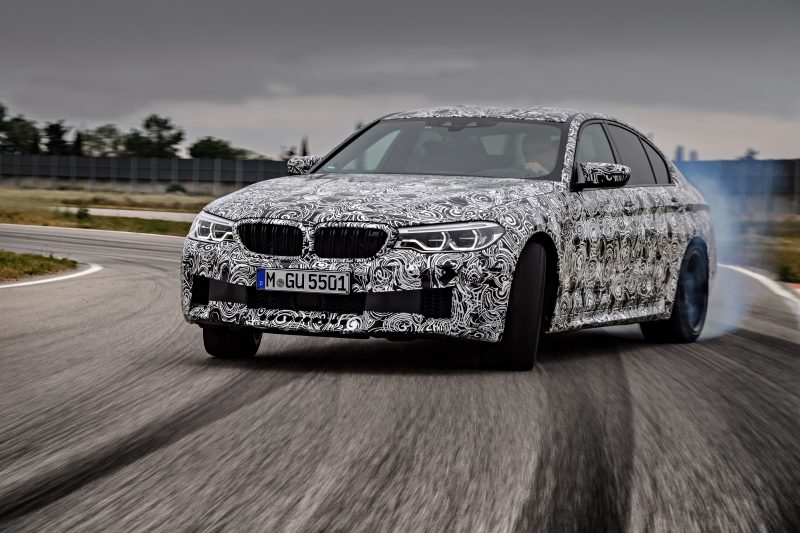 The M5 has traditionally been rear-wheel-drive, and while purists will no doubt lament its demise with the new car, BMW will ensure you can still hang the back end out should you want to. Just look at that promotional shot!

It’s going to all-wheel-drive because, simply put, it has too much power for just two wheels to control. Which brings us nicely on to… 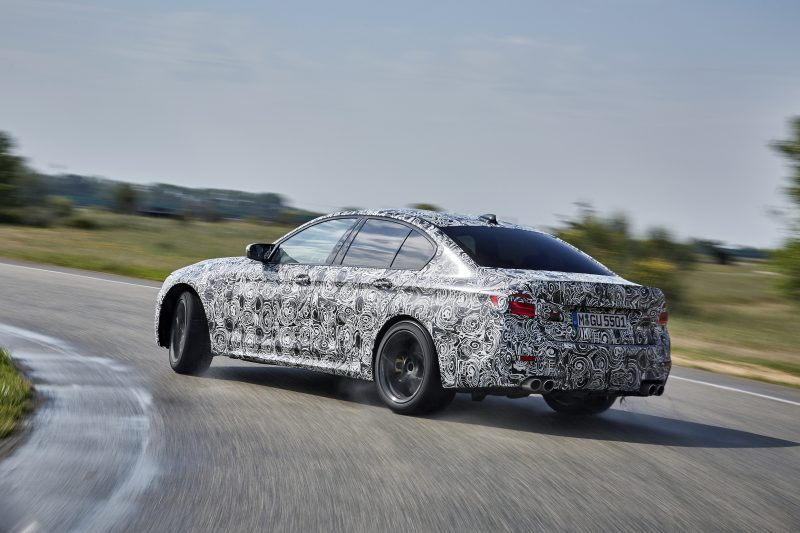 Or 592bhp, to be precise. That’s nearly 40bhp more than the outgoing M5’s base model, and exactly the same as the limited-run Competition Edition announced earlier this year. Expect higher horsepower versions to be released in time, designed to eclipse the 603bhp found in the Mercedes-AMG E 63 S, the M5’s closest rival.

There’s a V8 under the bonnet 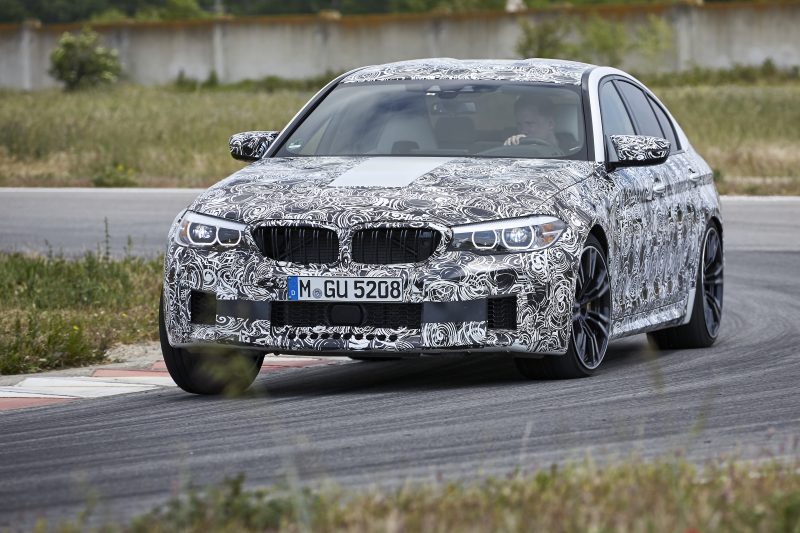 The last generation M5 ditched the sonorous V10 of its predecessor in the name of downsizing, but fortunately BMW has resisted the urge to downsize further for the new model. It’s a 4.4-litre twin-turbocharged unit, which contributes to a sub-3.5-second 0-60mph time. Rapid.

It’s lighter than before 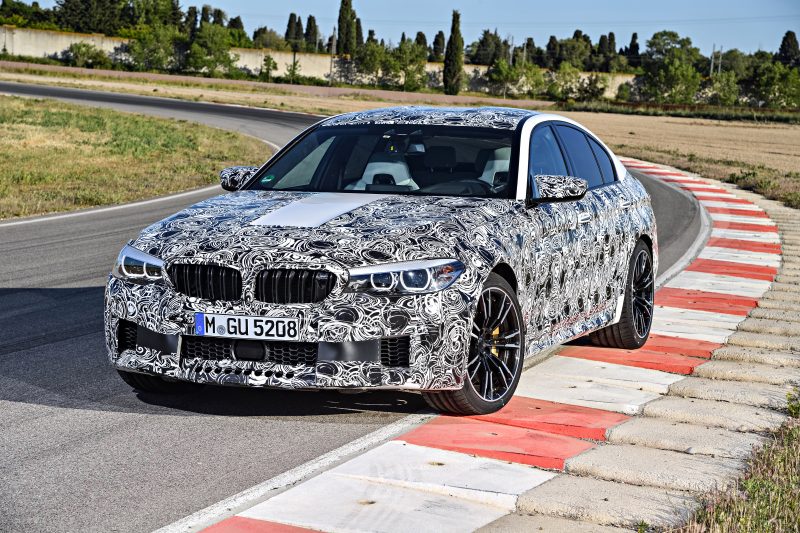 BMW has remained tight-lipped on much of the technology involved in the new M5, but it has revealed a few tantalising morsels related to materials. It calls the weight loss “dramatic” and points to a new carbon-fibre roof as a key contributor.