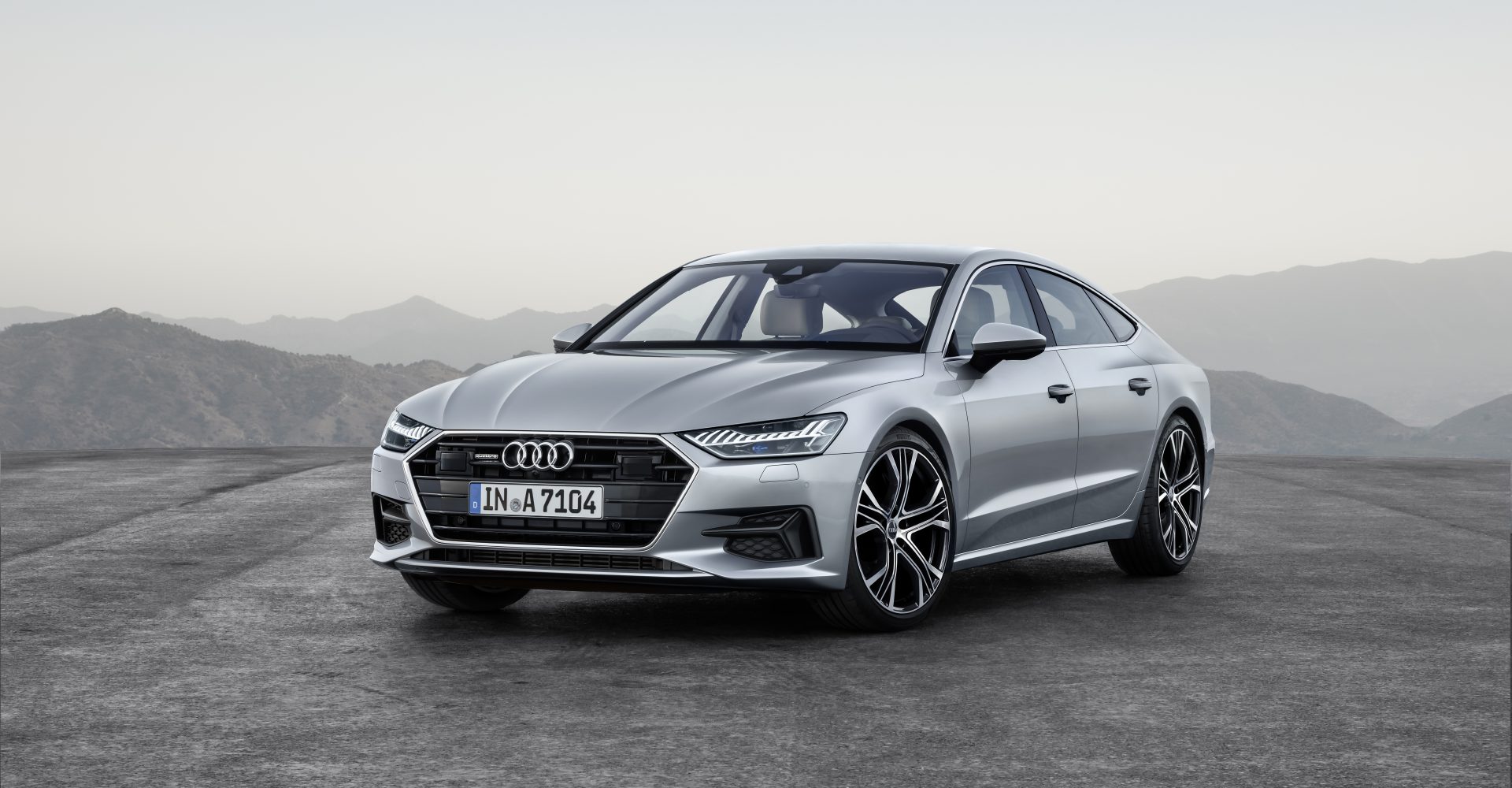 What links the personification of avant garde, a yacht, a zeppelin and a jaguar?

Well, according to Audi’s designers, the new A7 Sportback. 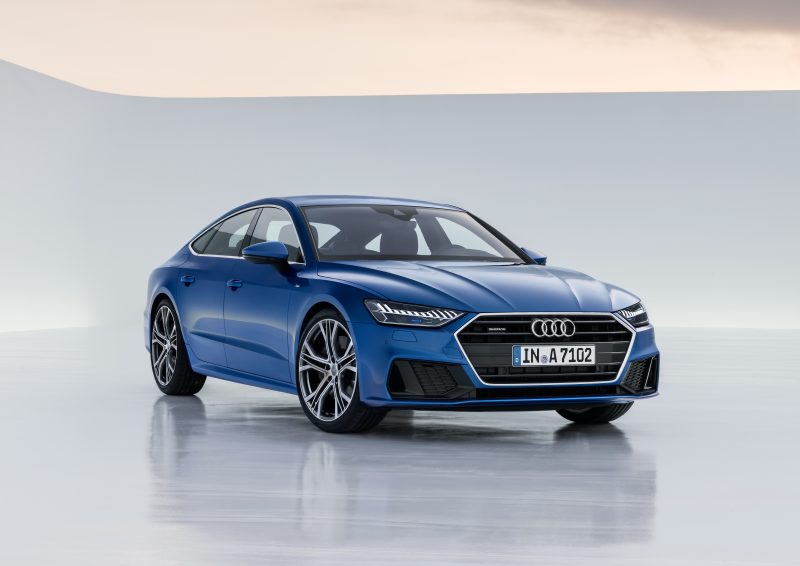 But what can be said is that the premium coupe – or Sportback if you’re that way inclined – does look pretty cool, so here’s a quick round-up of the A7 and the features that stand out the most…

It is basically a coupe’d A8 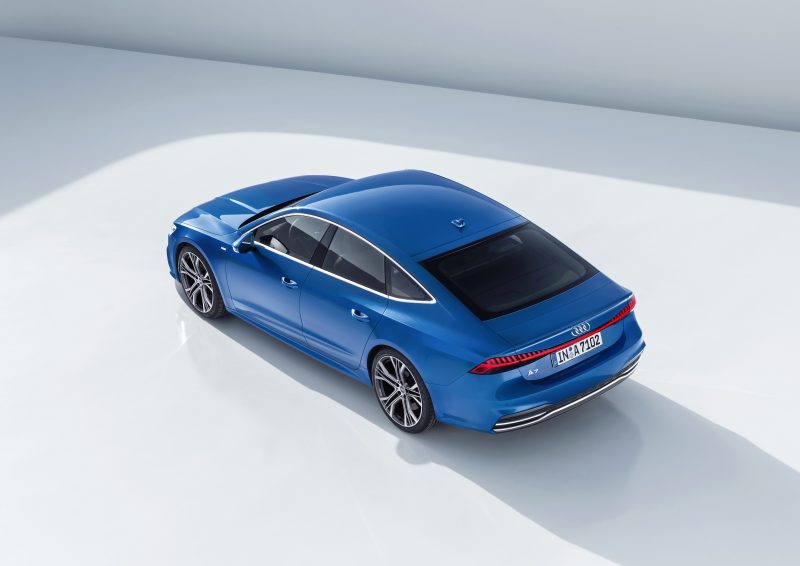 With a very similar grille design and a lot of the same technology, Audi has just dressed the A8 in a much sleeker body that does look really quite nice. We’ll explain the rest further down the list, but by its look least it is pretty similar.

It will come with autonomous tech 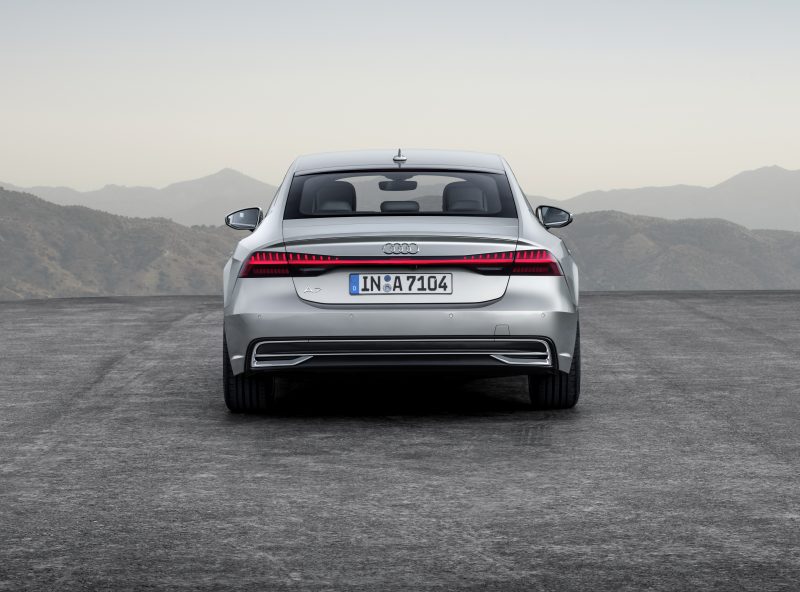 As Audi first displayed on the A8 earlier this year the A7 will also be available with Audi AI’s Pro Pilot system. This allows it to drive itself in traffic on motorways and dual-carriageways at speeds up to 37mph – which is pretty neat! There’s also remote garage pilot that parks your car on its own and 39 other assistance systems, meaning that by the end of next year A7 models will be very advanced indeed.

It has hybrid technology 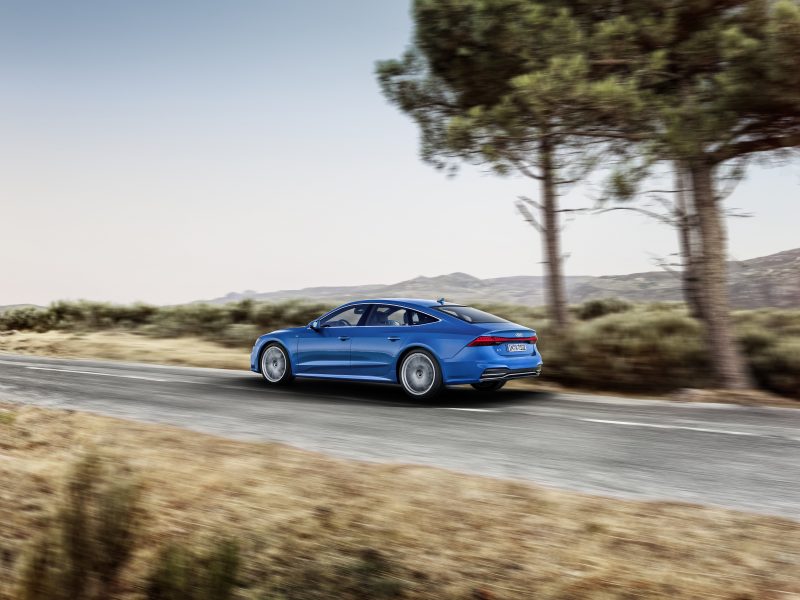 To help save fuel and support some of the accessories, the A7 comes with the same 48V electrical system that links to the engine and equipment as in the A8. That makes the A7 a mild hybrid when fitted with one of the two V6 engine options. The A7 can drive on just electric power when needed up to speeds of 13mph. Other engines will be available in this generation’s timeline.

The dual-touchscreen in the cabin 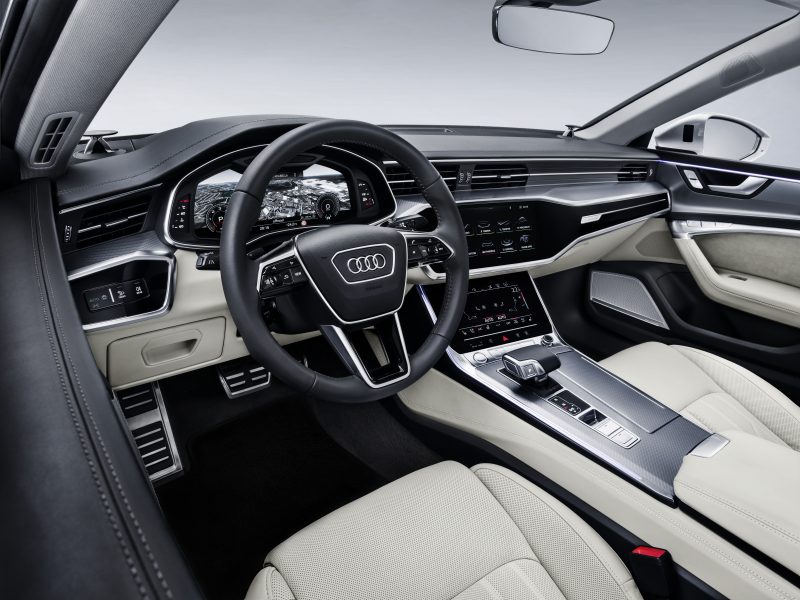 As you sit in the A7, you are basically surrounded by screens. The Virtual Cockpit is in front in the instrument binnacle, then you have two to the side in the central console that are both slightly tilted towards the driver for a more driving-orientated experience. Both touchscreens use the latest in Audi’s MMI technology and use haptic and sound feedback to tell you what you’re doing while on the move. You don’t even have to type your destination on the sat-nav – you can draw the word on the lower screen instead.

Combines three body types in one 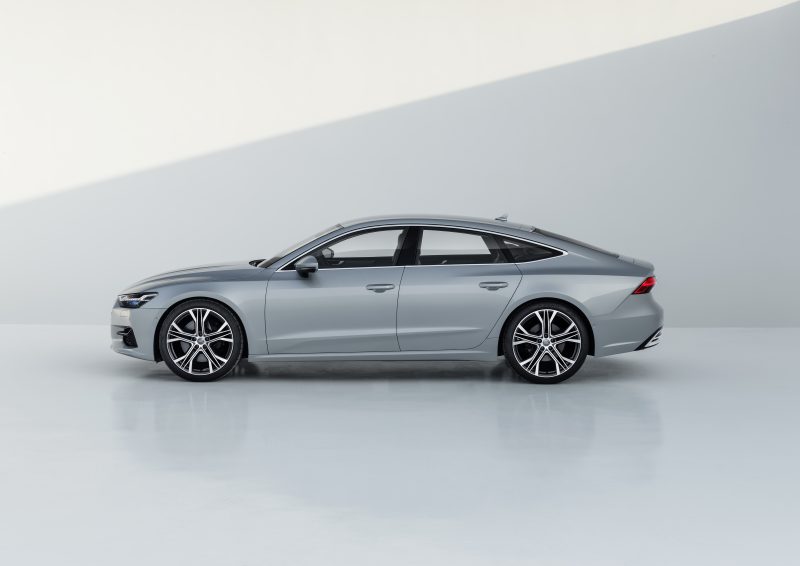 If you look at the A7, it manages to involve a saloon, a coupe and an avant (estate) all in one body shape. The boot lid is honestly one of the largest we’ve ever seen and the boot space is excellent. Passenger room is extended from the last model despite the car getting shorter, and the overall proportions are that of an estate, so fair play to Audi for doing such a good job.

We think the A7 is a pretty cool machine with lots of great tech, but let us know what you think of Audi’s newest model.