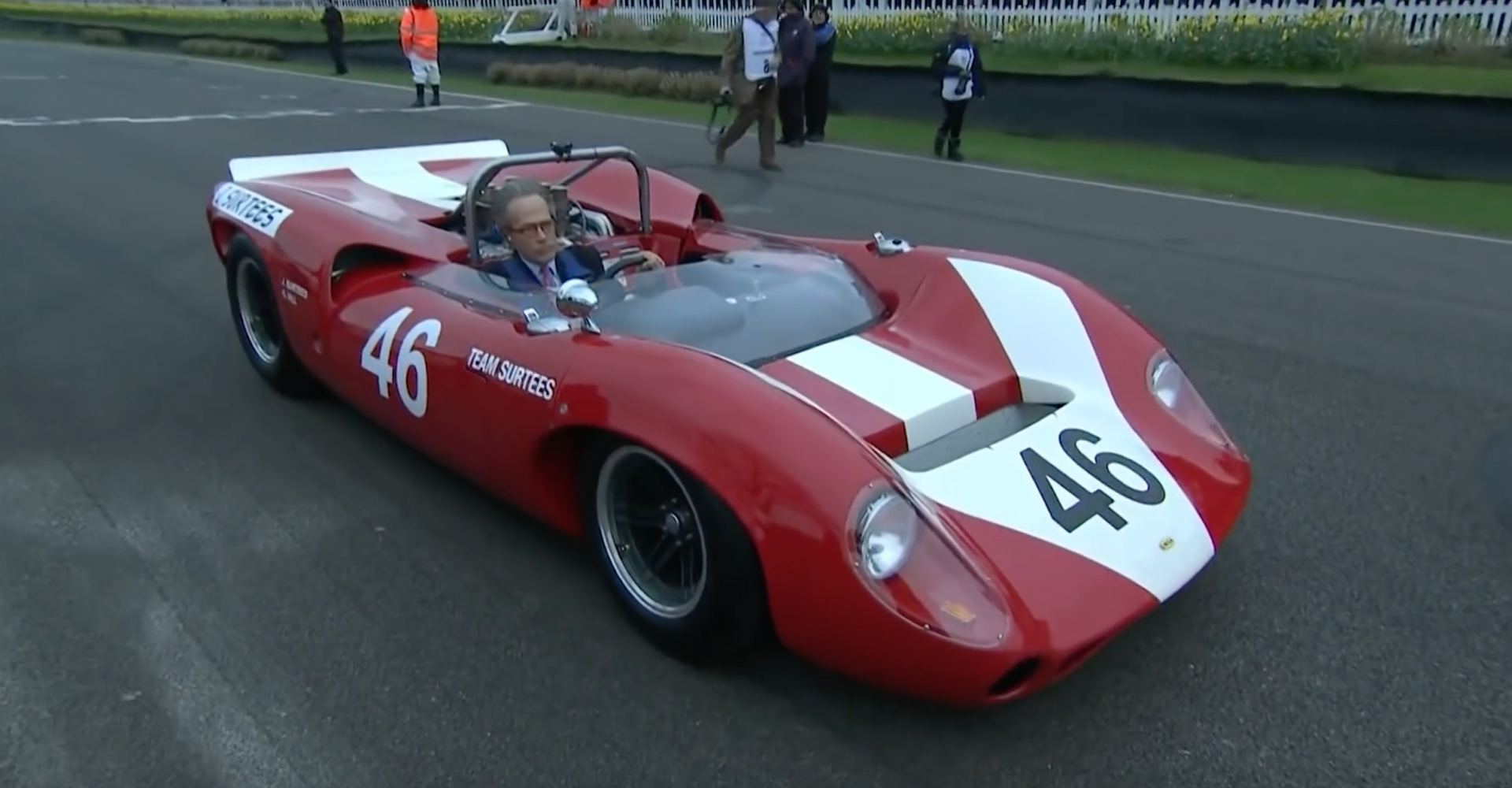 The Goodwood Members’ Meeting is one of the top events in the British motoring calendar, and this year’s 75th-anniversary gathering offered up plenty to marvel at and enjoy.

From some sublime classics to the ridiculous and brutish monsters of times gone by, last weekend’s event had the lot.

In fact, we could probably list everything that happened as a highlight to be honest, but we must be harsh in the circumstances and pick the best of the best, including the appearance of culinary royalty.

We have nothing but sympathy for the Pink Floyd drummer, as he spun his rare F1 GTR. The red and yellow racer lost traction on the slippery track and skidded into the tyre barrier, smashing up the front end. Thankfully it was at a slow speed and Mason was uninjured, but who knows how much that’ll cost to repair!

2. Surtees Trophy in remembrance of the late racing legend

John Surtees was a hero of motor racing – we mourned his passing earlier this month here on SU – and to commemorate him, the organisers set up the Surtees Trophy. The field was filled with Can-Am classics from pre-1966 and it was a great race to remember the great man.

It doesn’t get much more exciting than this in racing – a last corner overtake for the win. Sean Lynn did just that, scooping the Graham Hill Trophy in what was a fast-paced and exciting classic sports car race.

We hate seeing classic cars get wrecked, but when two collide and cause loads of damage it is so much worse. This Sebring Sprite hit another car as it was rejoining the track and spun with half the bodywork dangling off at the end. Not a pretty sight.

5. Mary Berry gets a ride with Lord March

One of Britain’s favourite people ever (probably), Mary Berry made an appearance at the event and was driven round the track by Lord March in his classic AC16-80. Famous for The Great British Bake Off and other cooking shows, she delighted many of the crowds.

Check out the rest of the action and pieces of automotive history on show on Goodwood’s Facebook page here.