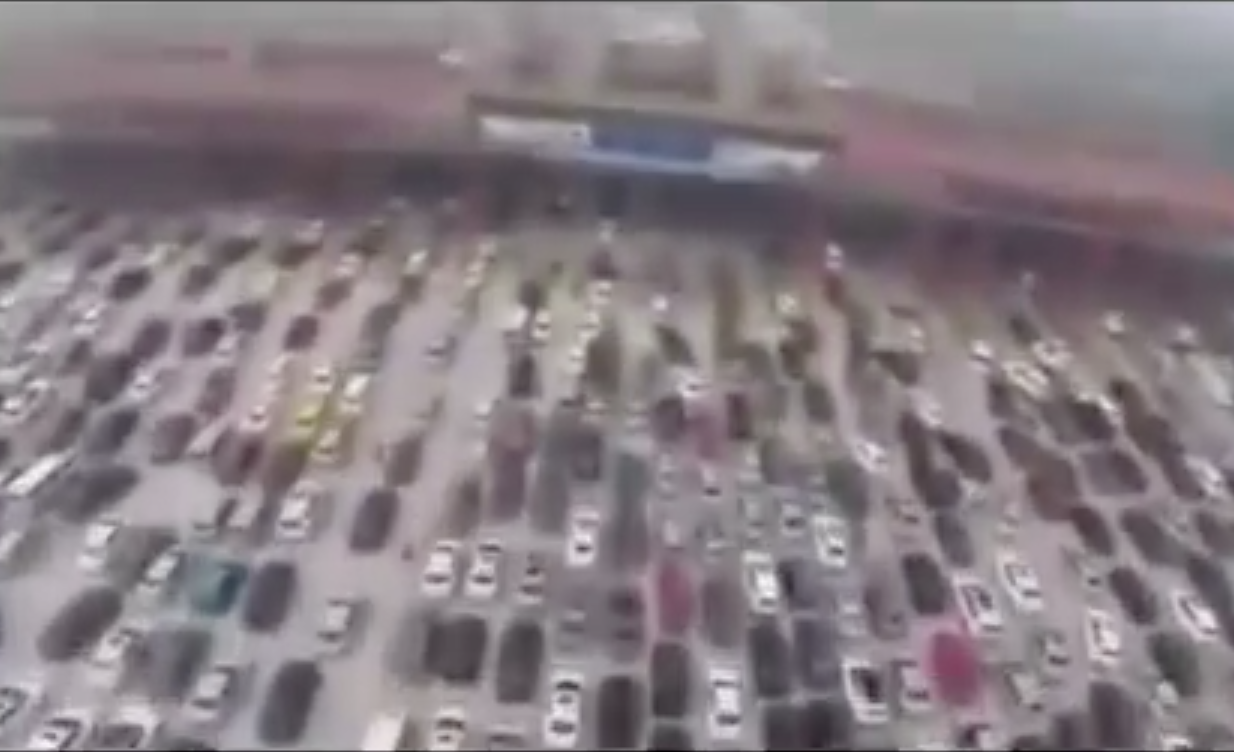 Traffic jams on the way to and from the office are no fun at the best of times, but there are some unfortunate souls who’ve had to spend days in their cars in queues that were miles long.

Some on this list have very good reasons for being there, and the length of time some of the people were stuck is almost unbelievable.

Caused because of the world-famous Woodstock Festival, the 500,000-car jam seized up New York state’s road network for three days. Festival-goers reverted to walking to the farm, while the performers flew in by helicopter.

This mega-jam was roughly 60 miles long and the traffic levels were apparently 60 per cent above capacity, thanks to it taking place during China’s ‘Golden Week’ nationwide holiday. Locals tried to take advantage of the stranded people by offering food and water at hugely inflated prices. The whole jam lasted just over 12 days before traffic started to die down.

As it was the first Easter holiday following the fall of the Berlin Wall, a large proportion of the German public travelled to see family they may not have seen for four decades. Apparently 18 million cars were on the road during the holiday week, with some tailbacks stretching for more than 30 miles and four-hour waits at petrol stations.

With a reported 109-mile tailback, this mega-jam happened when a batch of bad weather stopped cars in their tracks as the French public were returning to the capital after their winter holidays.

Hurricane Rita was the second massive storm to hit the US and Central America that summer – after the infamous Hurricane Katrina – and it caused major disruption in the southern states of America. With Rita’s projected path going straight through Houston, 2.5 million people fled via the I-45 and this caused a 100-mile queue that lasted roughly two days.

Thanks to one of the biggest blizzards in recent years, many drivers had their cars buried under 20 inches of snow and some were forced to abandon them in the freezing conditions. With the 12-hour jam leaving many vehicles lying on the highway, it was a struggle for many drivers to find their vehicles again after they were towed away when the snow thawed a little.

Another snow-related one, as this 125-mile tailback was caused by a huge snowstorm between Moscow and St Petersburg. The clogged motorway took three days to settle down as many cars were buried in snow.

Following the tragic attacks on the World Trade Center on September 11, the island of Manhattan was almost completely closed off to any people travelling in or out by any mode of transport. This caused the city’s roads to shut down almost completely and left people stuck in the city for days.