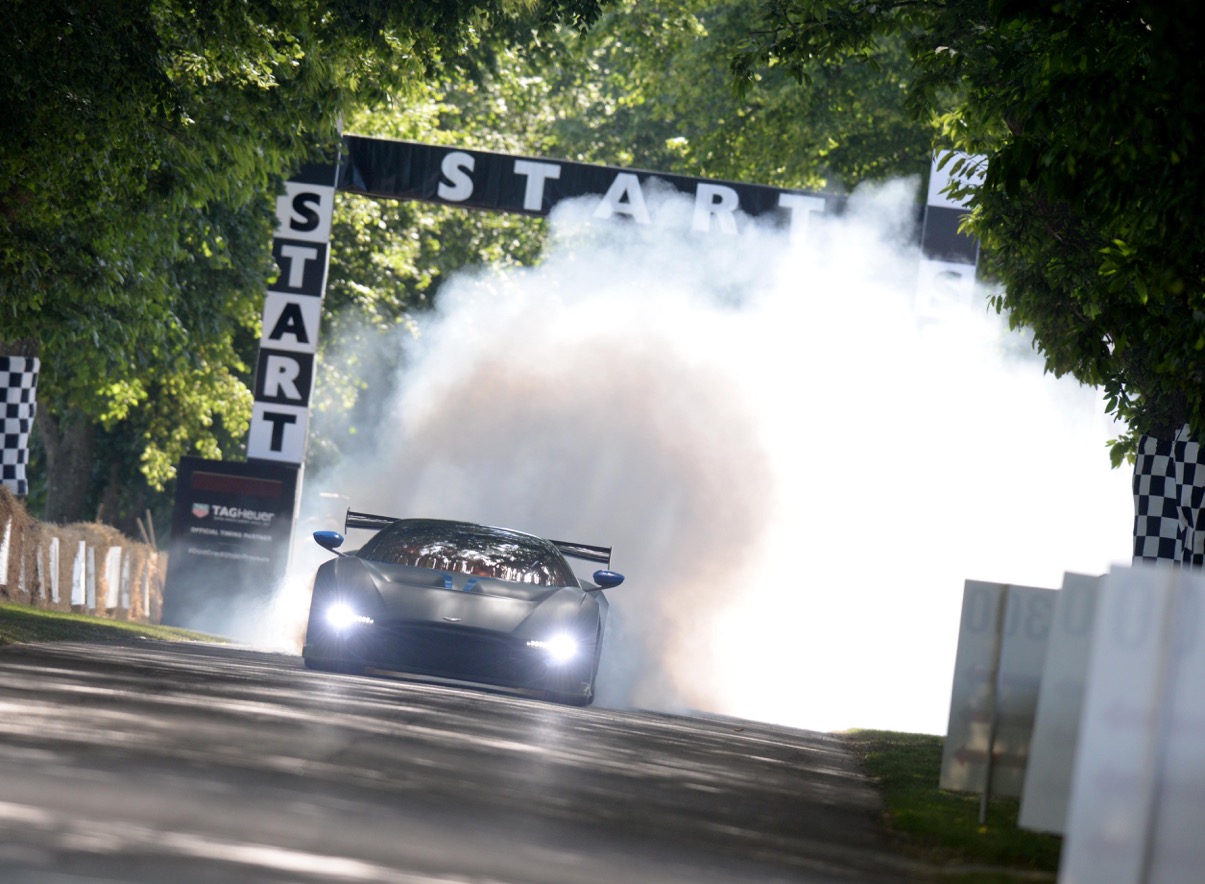 The Goodwood Festival of Speed took place over this weekend, and it was awesome.

Cool bikes, fast cars and celebrities made for a raucous, petrol-scented four days of fun and now we’re sad it’s over. 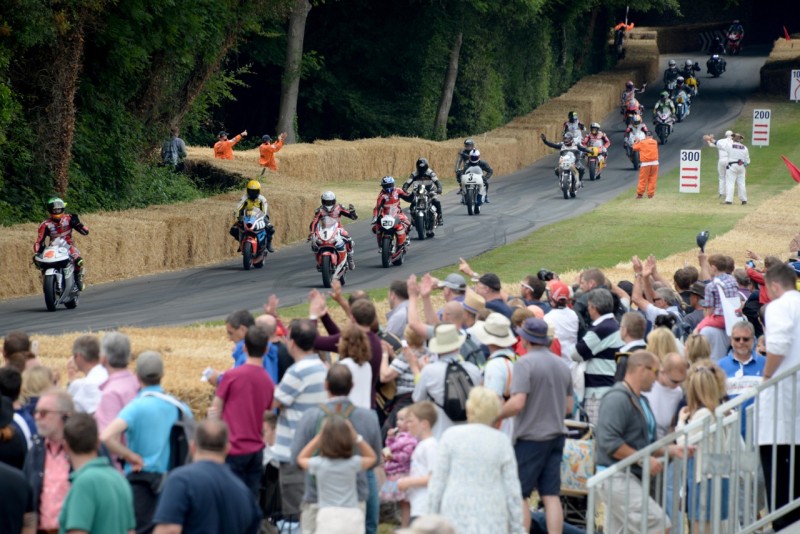 Superbikes of all ages, builds and makes rode together on the famed circuit, with their riders wearing the racing outfit of the bike’s era.

Rally driver Ken Block having all the fun

The rally-driving, stunt-sliding mad man having a laugh at Goodwood. Possibly after he almost crashed the Hoonicorn car with Lord March onboard.

Planes, Trains and Automobiles – well, minus the trains 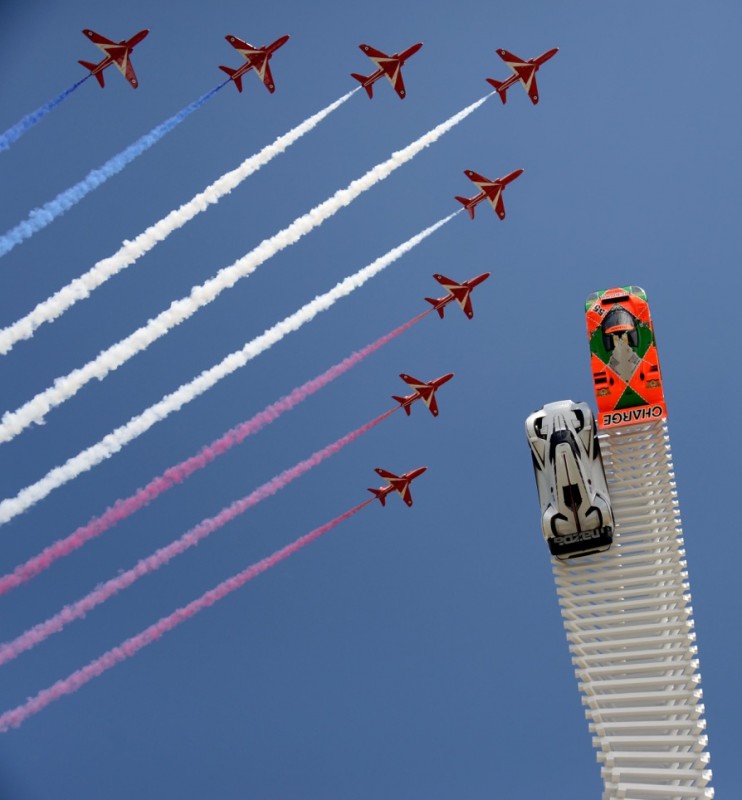 The RAF Red Arrows flying over the Mazda sculpture which was the focal point of the festival. On top of the modernist knife-inspired sculpture sat a 787B which raced in the early 1990s alongside the LM55 concept which was unveiled in late 2014.

A Wolff in sheep’s clothing? No, just Toto Wolff in his white Mercedes racing overalls 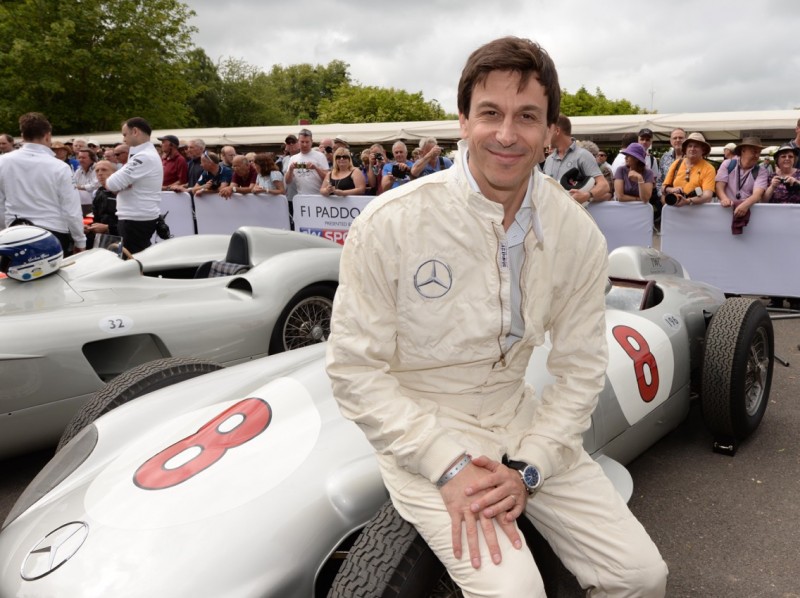 The Austrian racing driver and his wife Susie Wolff were in attendance at the Festival of Speed this weekend. 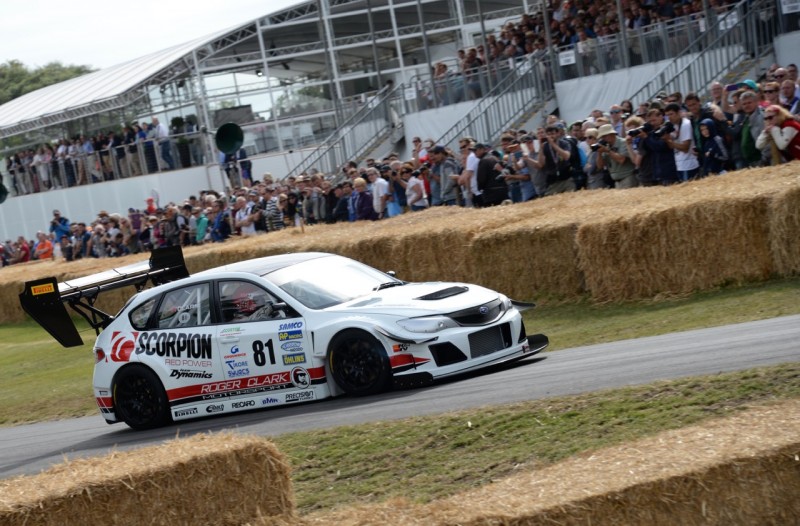 Olly Clark of the Roger Clark motorsport team drives in his winning time in the shootout. Roger Clark himself was the first British Rally driver to win a WRC when he claimed victory at the 1976 RAC Rally. 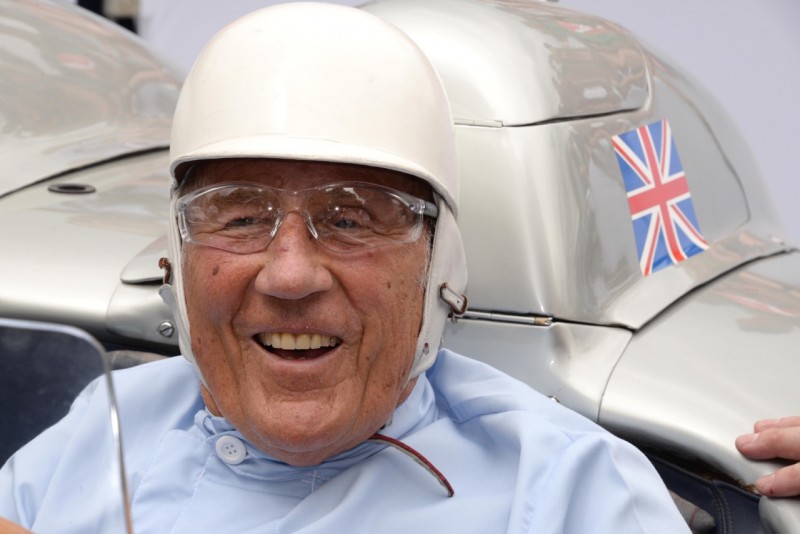 Sir Stirling Moss was a VIP guest at the FOS. The 60th anniversary of his 1955 Mille Miglia win was celebrated with a never-seen-before gathering of Mercedes-Benz 300 SLRs.

There’s no escaping from this in a Police chase 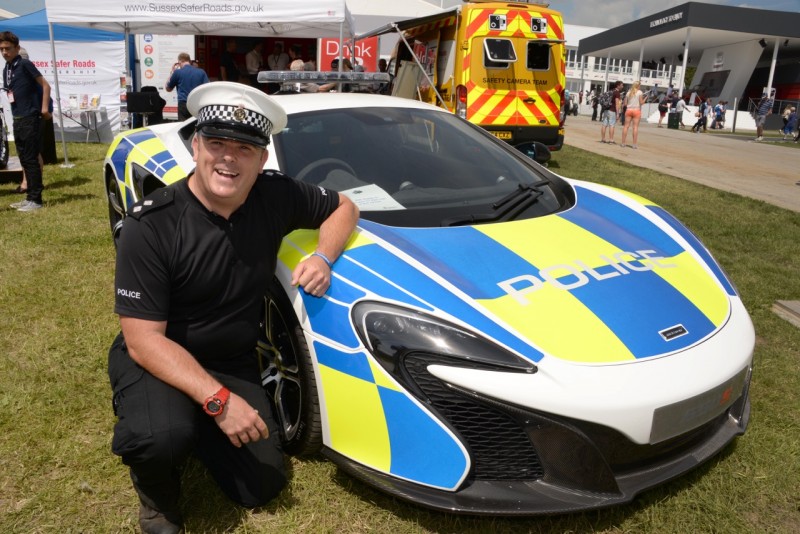 The Sussex Police Force turned up in style at Goodwood this weekend, after borrowing a McLaren 650S for their display at The Goodwood Estate. 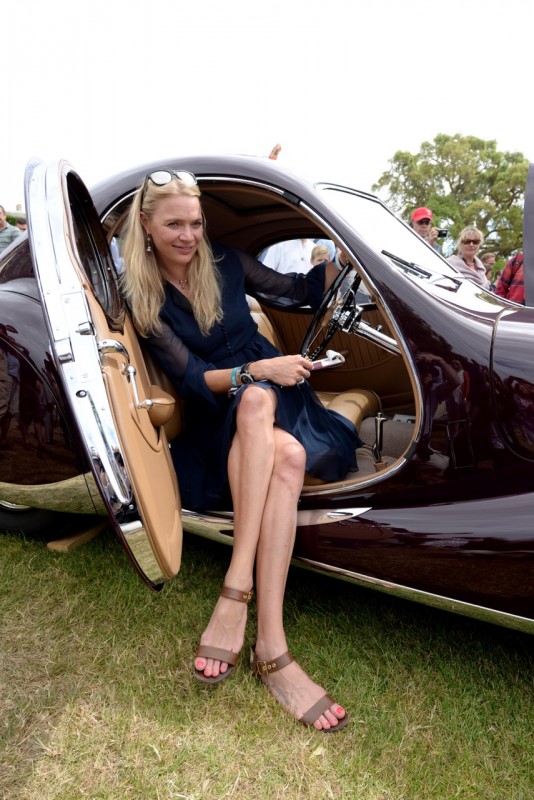 Supermodel Jodie Kidd reclining in a classic at the festival.

Emerging from a cloud of smoke, the Aston Martin Vulcan 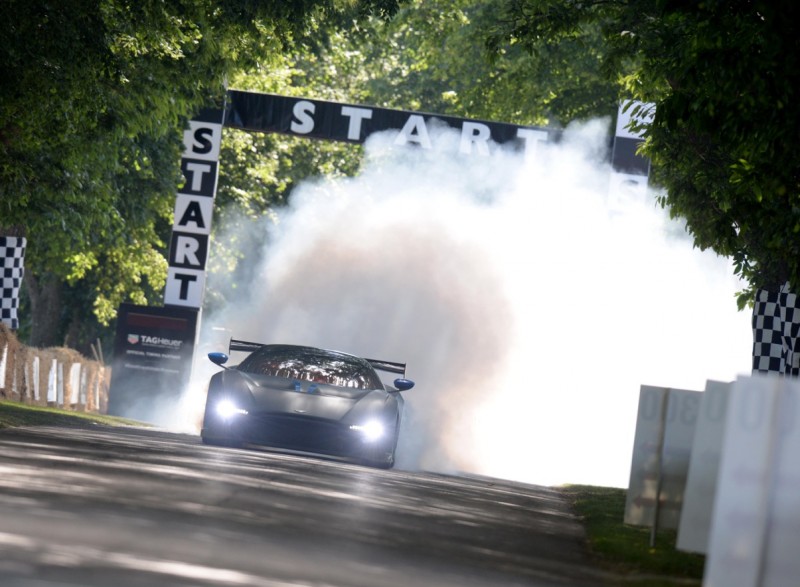 Aston Martin’s newest Supercar, the Vulcan costs £1.5 million and can reach over 200mph. With only 24 in production, this one took pride of place at Goodwood.

A dapper chap found in the crowd at Goodwood 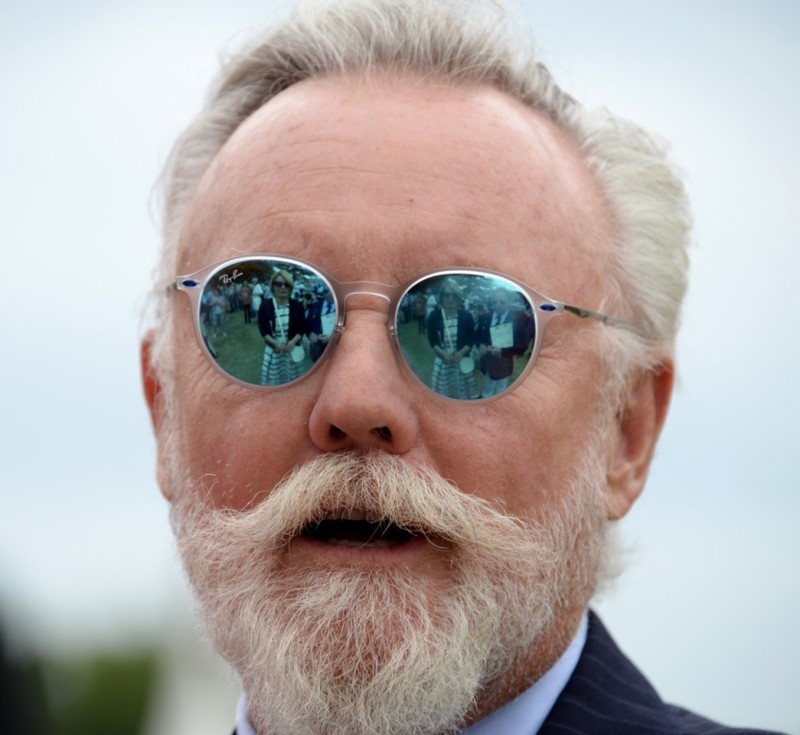 Enthusiasts and eccentrics were aplenty in the crowd at Goodwood. Here’s Roger Taylor, the drummer from Queen. 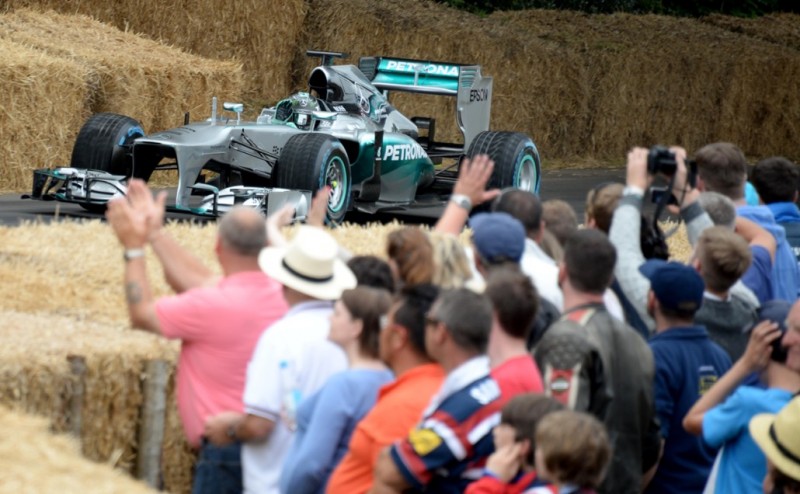 Crowd’s gathered to snap photos of Nico Rosberg as he lapped at Goodwood. 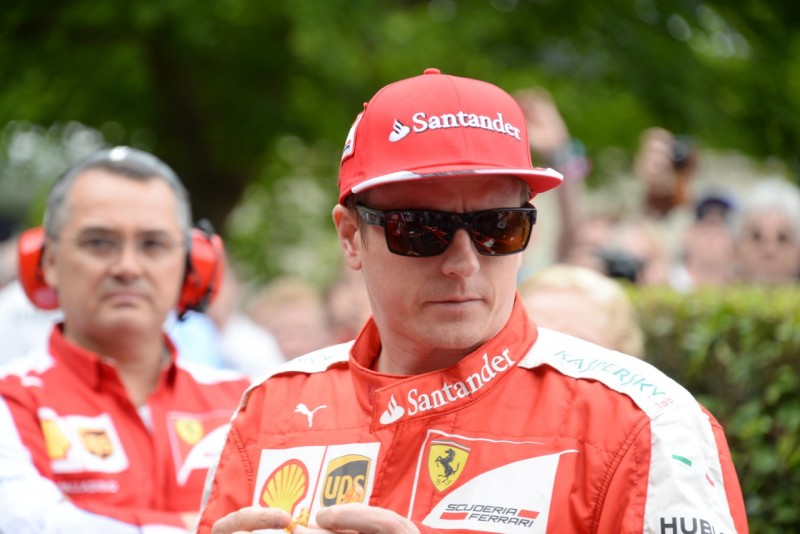 The Finnish Formula One racing driver in the paddock at Goodwood.

Crowds flocked to admire the classic and modern cars alike 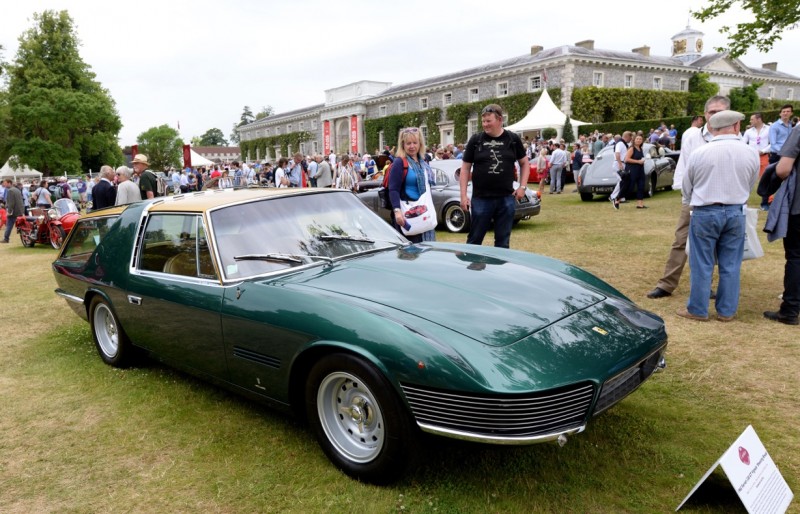 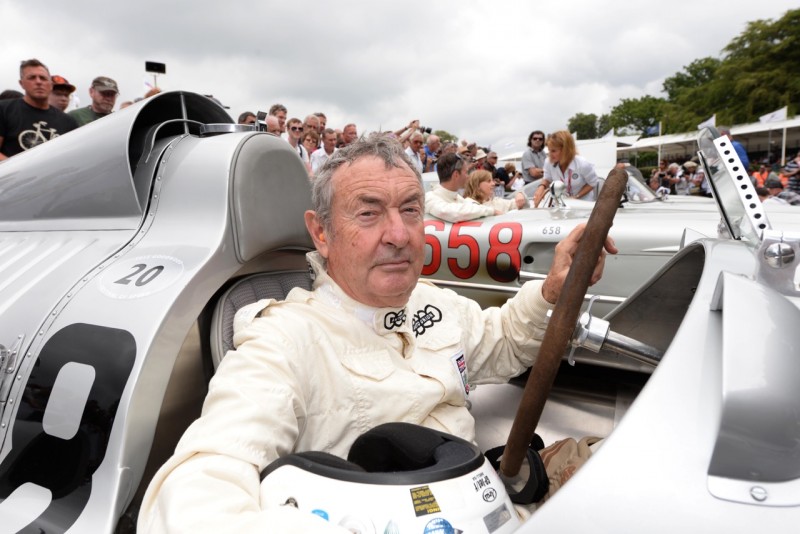 Better known for his role as rock band Pink Floyd’s drummer, Nick Mason is also a fan of sports cars.

British racers, from past to present 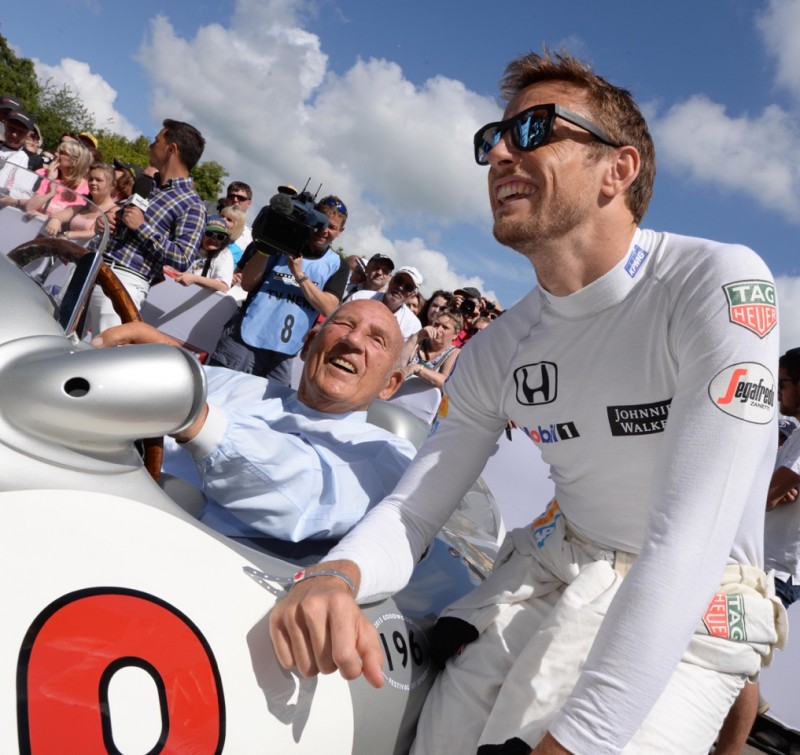