Rap videos tend to be full of excess – fast cars, expensive clothes and not very subtle displays of wealth.

Most of the top stars make these videos in exotic locations with camera crews to rival Hollywood blockbusters.

However, one particular wannabe in Leeds didn’t quite get the shot he was after while rapping from the back of a Lamborghini. The man, who was caught on camera by an office worker called Stacy Parsons, can be seen sitting on the back of the Huracan Spider, rapping and dancing in the direction of a man who appears to be filming him on a mobile phone.

The driver of the Lamborghini then accelerates away, catching the rapper off guard and sending him tumbling to the ground. The woman behind the camera can’t help but laugh. 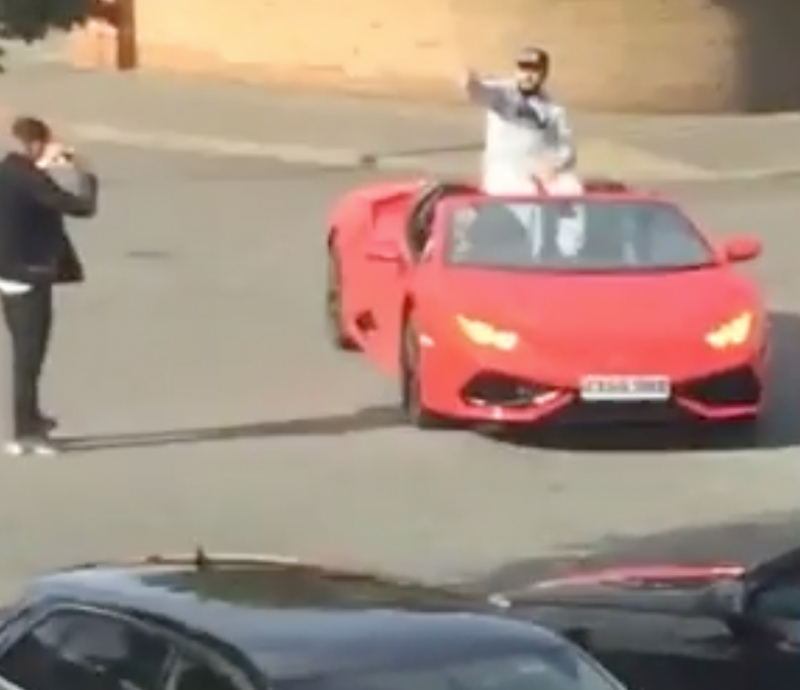 When it happened I thought ‘Oh my god, he’s just fallen’, then I started p***ing myself with laughter. I was a little concerned though. He got up and started rubbing his back and nervously laughing to his friends. You could tell he was embarrassed but okay. His mate filming took it upon himself to rub his back.

We can only hope the guy sees the funny side and uploads the close-up footage soon!