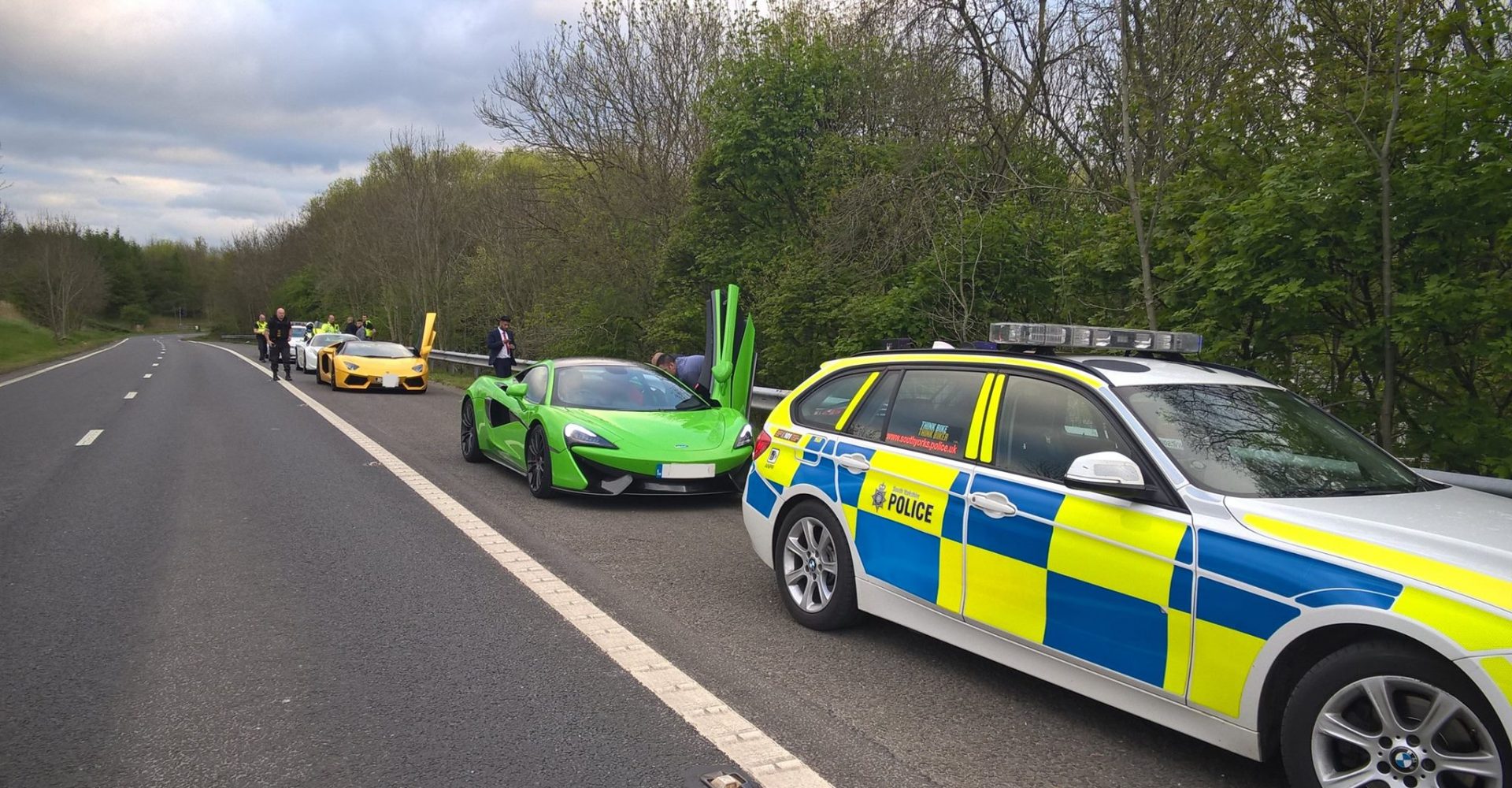 We’ve said many times before that racing on public roads is stupid but do you know what? Some people just never learn.

Three drivers have had their hired supercars impounded for behaving in a disorderly fashion on the M1 in South Yorkshire. 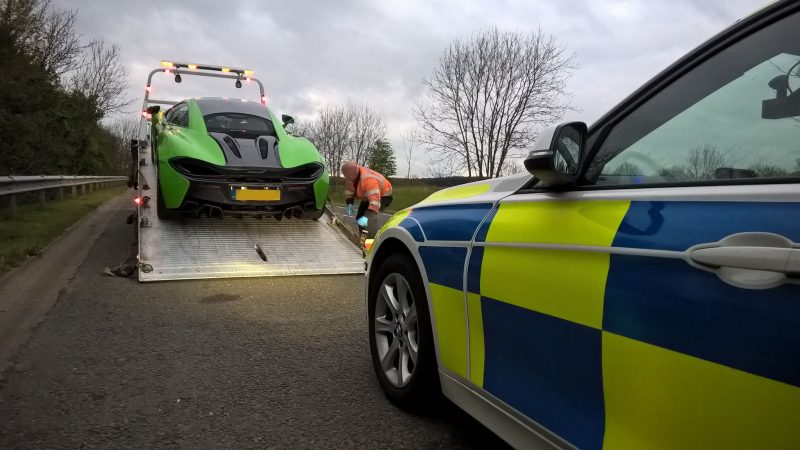 Caught travelling south between junctions 38 and 37, near Barnsley, the trio were holding up traffic across all three lanes before opening the taps and racing on the empty road in front of them.

Other road users phoned the authorities about the disturbance and ill manners, with the police also catching the group on CCTV.

The three were driving in a McLaren 570S, a Lamborghini Aventador and a Ferrari 458 from Scottish supercar hiring firm Performance Portfolio. 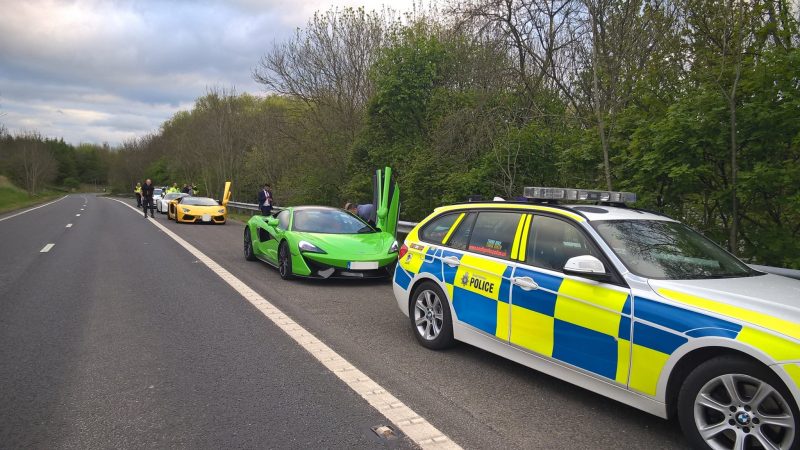 With all three of those cars each costing £895 per day to rent or £4,500 for a single week, the drivers were clearly looking for some not-so-cheap supercar action. All three vehicles were impounded by South Yorkshire Police.

On the SYP Operational Support Facebook page, the force said: ‘We are pretty sure [they] won’t be crushed and turned into tin cans but you never know.’ Well, most of these are made out of carbon fibre, so unless we’re going to start eating baked beans out of carbon cans, this is highly unlikely. 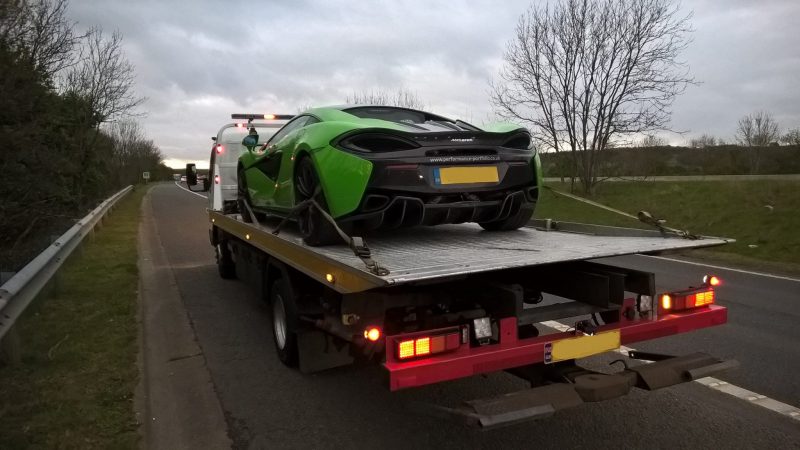 But on a more serious note, South Yorkshire Police said:

Anti-social driving will not be tolerated and we will deal with you accordingly… Do you think this is acceptable behaviour? We certainly don’t. Yes, we put rolling blocks on the motorway to assist with incidents and to keep things safe, we do not do it for the fun of it.

Another salutary lesson from SU on why you don’t race on the open road.