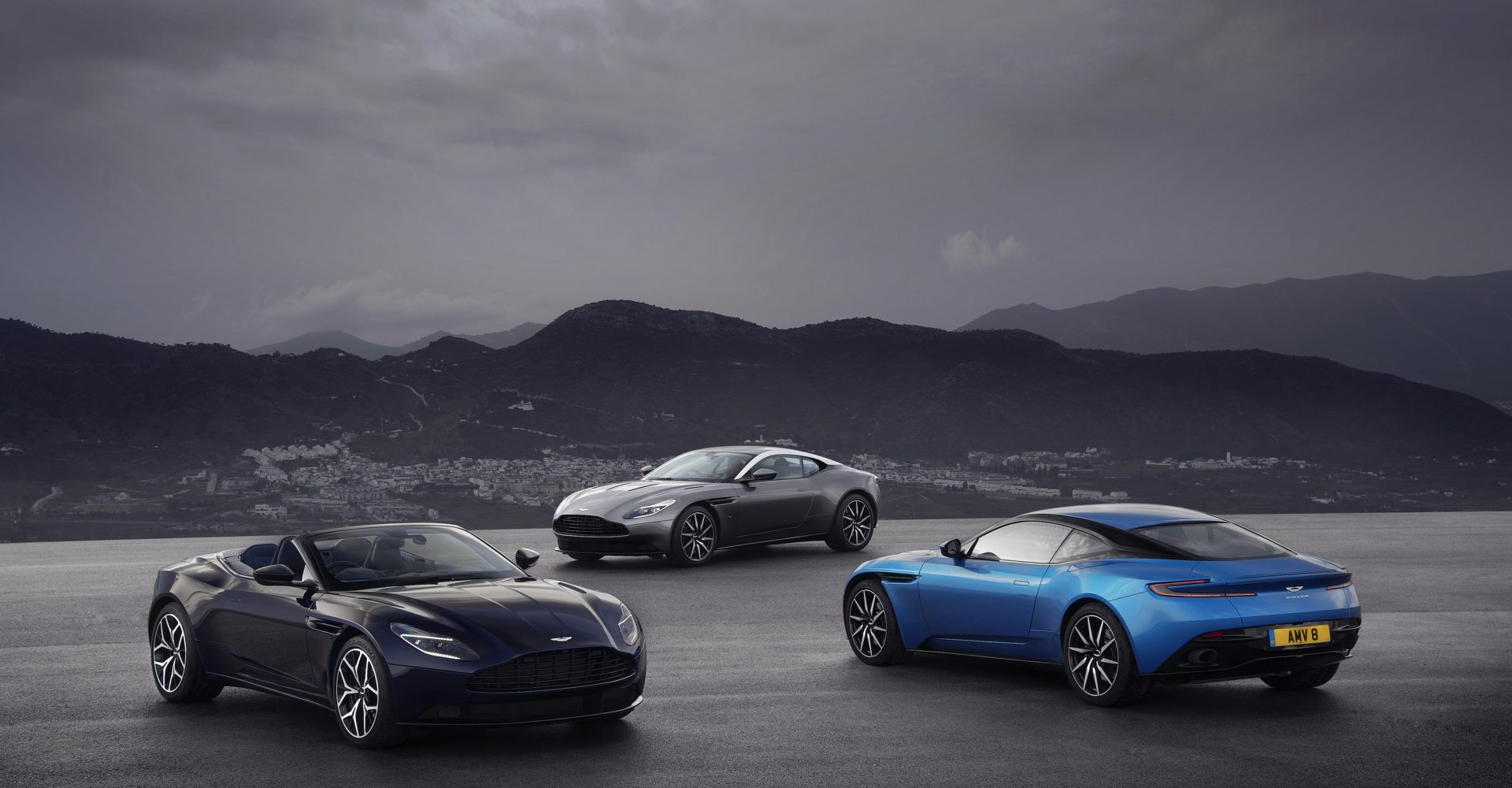 Aston Martin has produced some of the most recognisable cars in history. Ever since James Bond first drove a DB5 in the 1964 film Goldfinger, the brand’s DB cars have been indelibly etched into the UK’s motoring psyche.

The DB line of cars has been incredibly popular, accounting for almost half of the brand’s sales. It was named for Sir David Brown, who purchased the brand along with Lagonda in 1947, turning it from a small-time cottage workshop into a full-blown manufacturer. 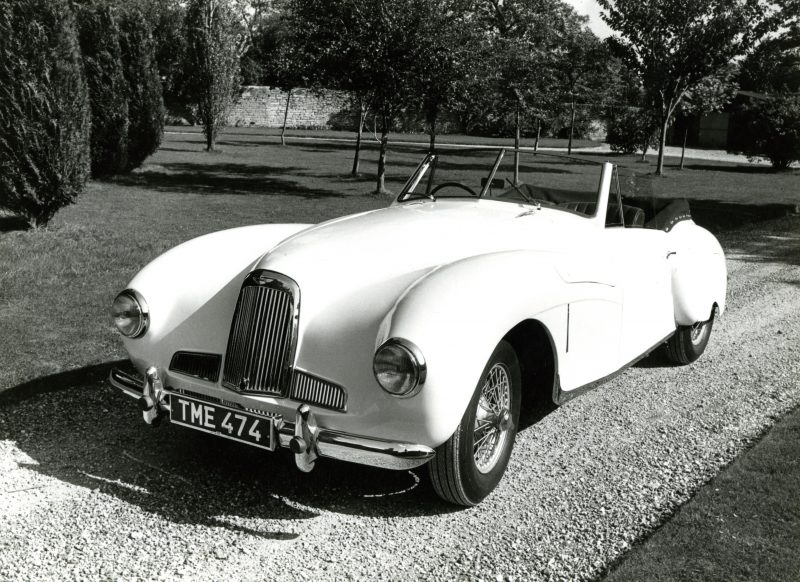 This was actually originally known as the Aston Martin 2-litre Sports, but the brand retroactively titled it the DB1 as the name became known. It was a severely limited model, with just 15 sold over its lifetime. 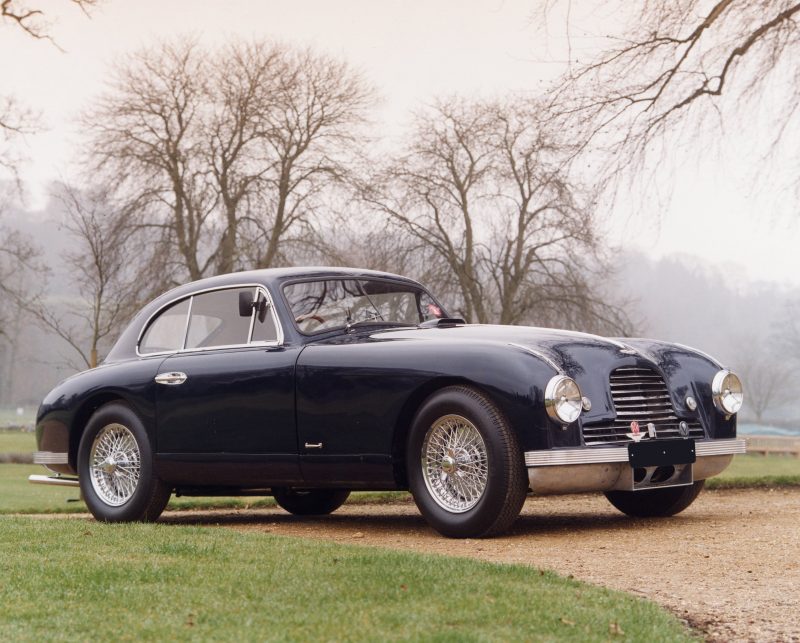 The first true DB car was the DB2. It sported a Lagonda engine – a 2.6-litre straight-six unit producing 105bhp.

Later cars were named the DB2/4 and featured more power – 125bhp, later increased to 140bhp thanks to an uprated, 2.9-litre block.

It was the first Aston to really capture the public’s imagination, and demand immediately following its debut at the 1950 New York Motor Show was huge. Aston’s factory couldn’t keep up with the unprecedented demand, and in the end 411 models were built. 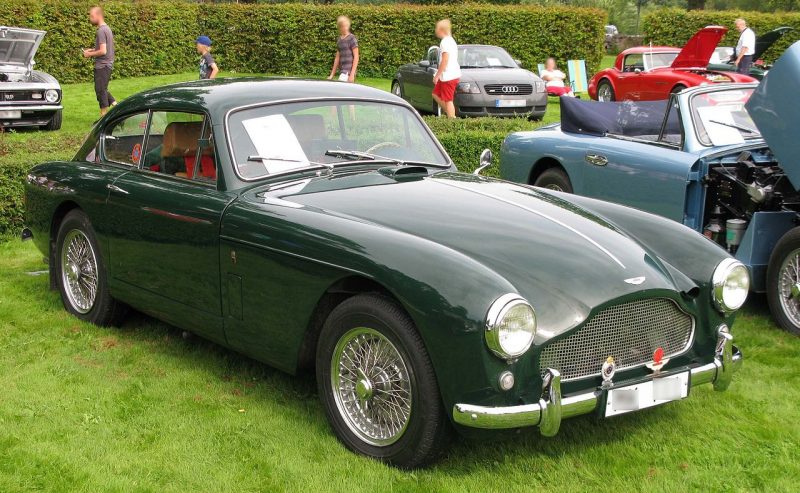 The DB3 and DB3S, immediate successors in terms of nameplate, were racing cars, never intended as production models. Instead, the DB Mk III was produced, using the uprated 2.9-litre straight-six engine from the DB2/4.

The DB Mk III gained the first iteration of Aston’s iconic grille, and featured wide-ranging mechanical upgrades – there were disc brakes, along with an optional automatic transmission and dual-exhaust system. 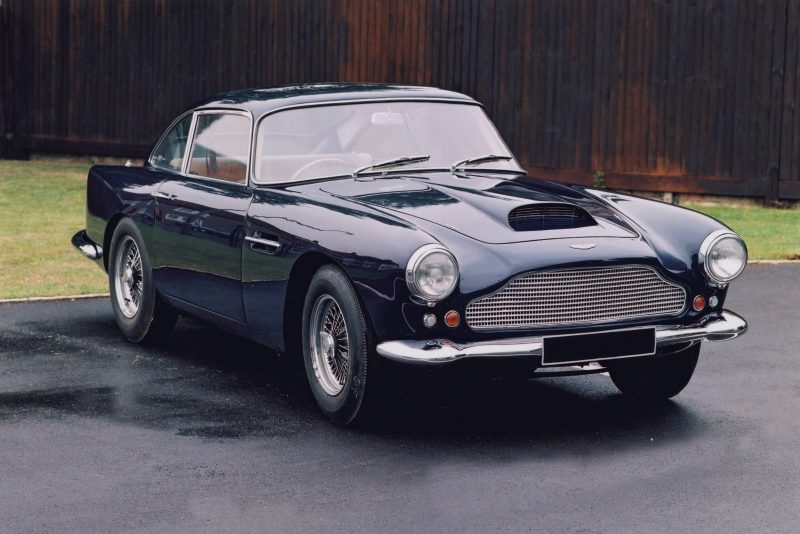 The DB4’s classic shape would linger virtually unchanged in its successors until well into the 70s, and is considered the car that kick-started Aston’s reputation for making some of history’s most beautiful cars.

It was the first Aston to feature an engine developed wholly in-house – a 3.7-litre straight-six, the first product of legendary Aston engineer Tadek Marek. It produced 240bhp, and was capable of 140mph. 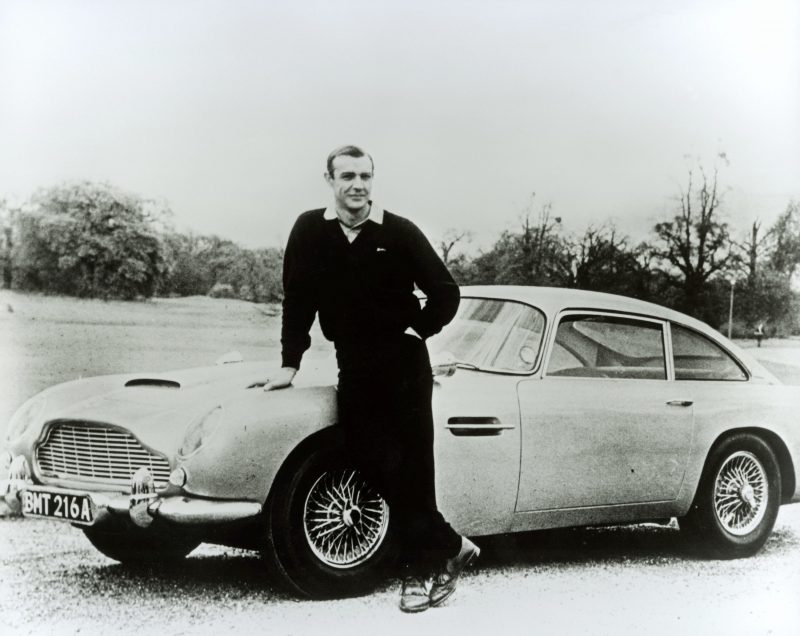 Is this the most iconic Aston Martin of all time? It’s certainly in with a fighting chance. When it became the car of choice for James Bond in 1964’s Goldfinger, nobody could have foreseen that the two brands would become forever interlinked. Despite a brief flirting with a few other manufacturers, Bond’s back on form, with the latest four movies all including Aston Martins as Daniel Craig’s vehicle of choice.

It’s funny, considering Aston’s initial reluctance to participate. Company executives initially demanded that the film’s producers purchase the car outright, then offered a car on the basis that it was returned entirely unscathed. Eventually a product placement deal was agreed, and the iconic partnership began. 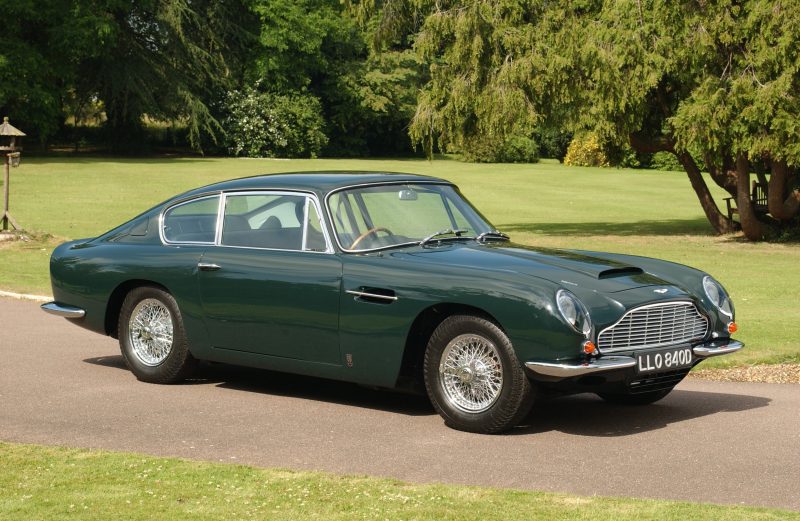 Updates from the DB5 were minimal, meaning the DB6 already looked a little bit dated at its launch. Among the tweaks were a Kamm-tail to counteract lift at the rear end, a relocated rear axle and lengthened wheelbase.

Though it’s never been a Bond car, the DB6 is owned by somebody nearly as cool – Prince Charles, who has a DB6 Volante convertible which was given to him by his mother. 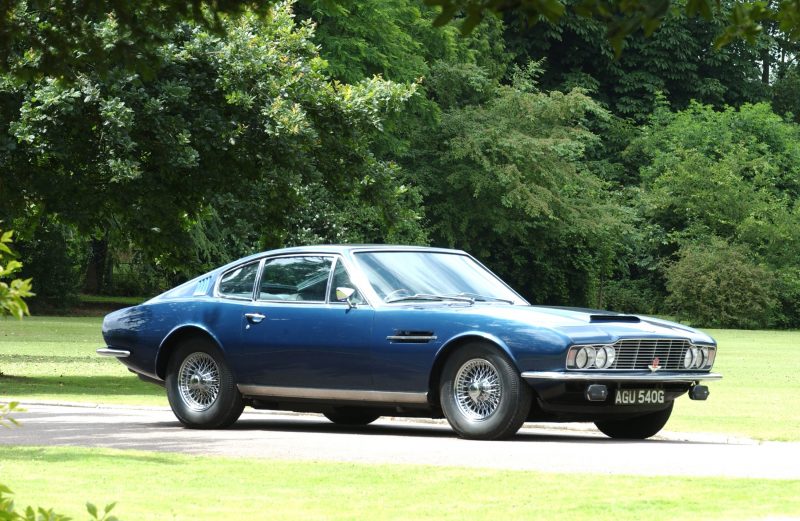 With a sharper, more modern design language allied to classic Aston cues such as the grille, the DBS brought the company into the 1970s in style.

It stuck with the classic straight-six, though the original design called for a V8 that was later added. Production continued until 1972, after which the car was facelifted and named the Aston Martin V8. It’s another car with Bond history, having appeared in the 1969 film On Her Majesty’s Secret Service.

The DB name took a backseat for over 20 years before finally being revived for the utterly gorgeous DB7. Dispensing with the straight edges of its predecessors for a fully rounded silhouette, it’s still considered one of the prettiest cars ever built – and there was substance to back up the style.

Under the skin sat a supercharged straight-six engine, but the chassis deserved more and gained a V12 engine with 435bhp and 540Nm of torque. 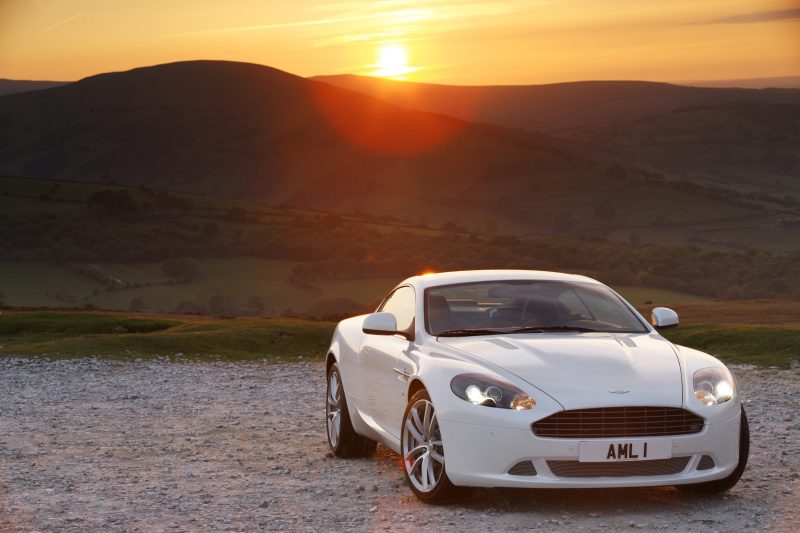 Somehow even prettier than the DB7, the DB9 lasted in production for 12 glorious years, and looked fresh throughout. There’s definitely something to be said for truly timeless design.

Penned by Aston’s own Marek Reichman and Henrik Fisker – now of Fisker Automotive – the car featured a 5.9-litre V12, which while objectively outgunned by competitors became much-loved thanks to its old-school character and sonorous tone. 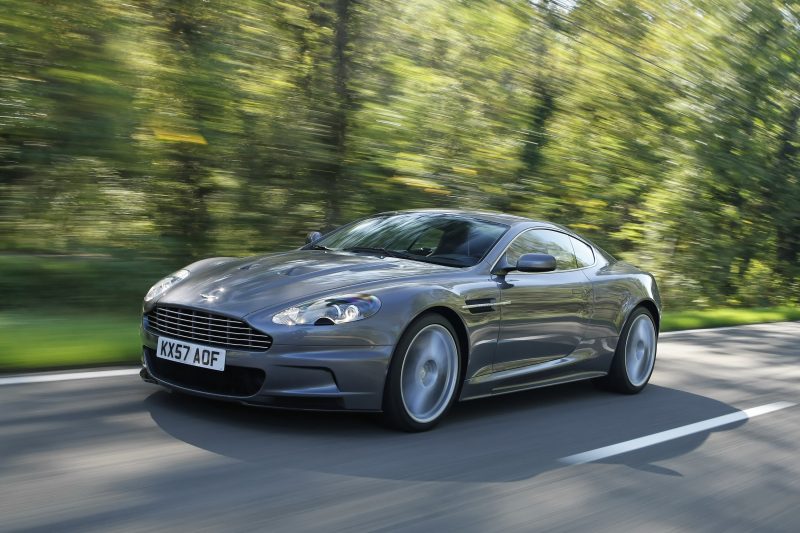 Three years after the last DB7 rolled off the production line, Aston bought the DBS name back from the 70s to mark the gorgeous second-generation model. Featured in the rebirth of Bond – in 2006’s Casino Royale – it was launched into the record books after stuntmen performed seven barrel rolls in succession during the high-speed chase scene.

The DBS produced 510bhp from its 6.0-litre V12 – giving it the power to match its gorgeous looks. 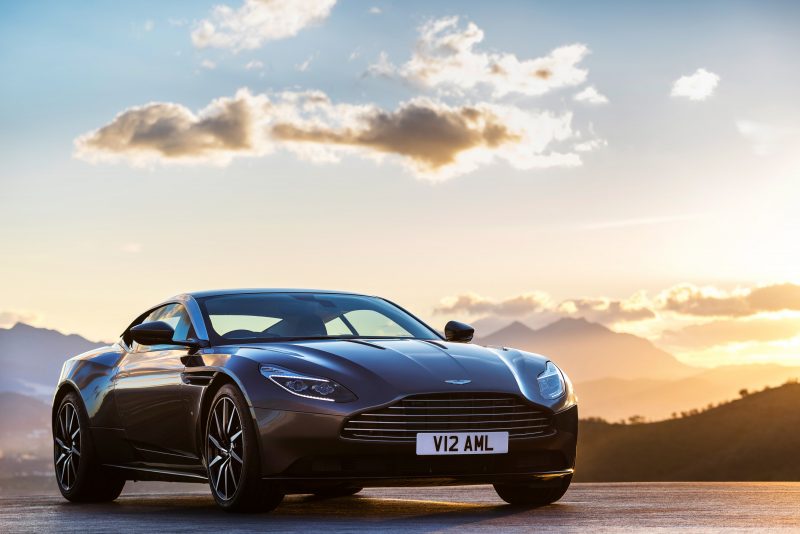 Finally, we come to the latest iteration of the DB car – the DB11. Designed once again by Marek Reichman, it was the first Aston to benefit from the firm’s partnership with Daimler – giving it at last a modern interior packed with the latest tech.

Aston also offers a choice of engines, with customers able to choose an AMG-sourced V8 or an Aston-developed V12. Both are turbocharged, in a first for the company. There’s also a truly stunning Volante convertible model available.

With the DB11, as well as the latest Vantage, Aston Martin’s fortunes are decidedly rosy – so much so that the company’s investing huge amounts of money in a new production facility in Wales, ready to build the DBX SUV. But regardless of how that car performs, we can be sure that the iconic DB line is in good hands.