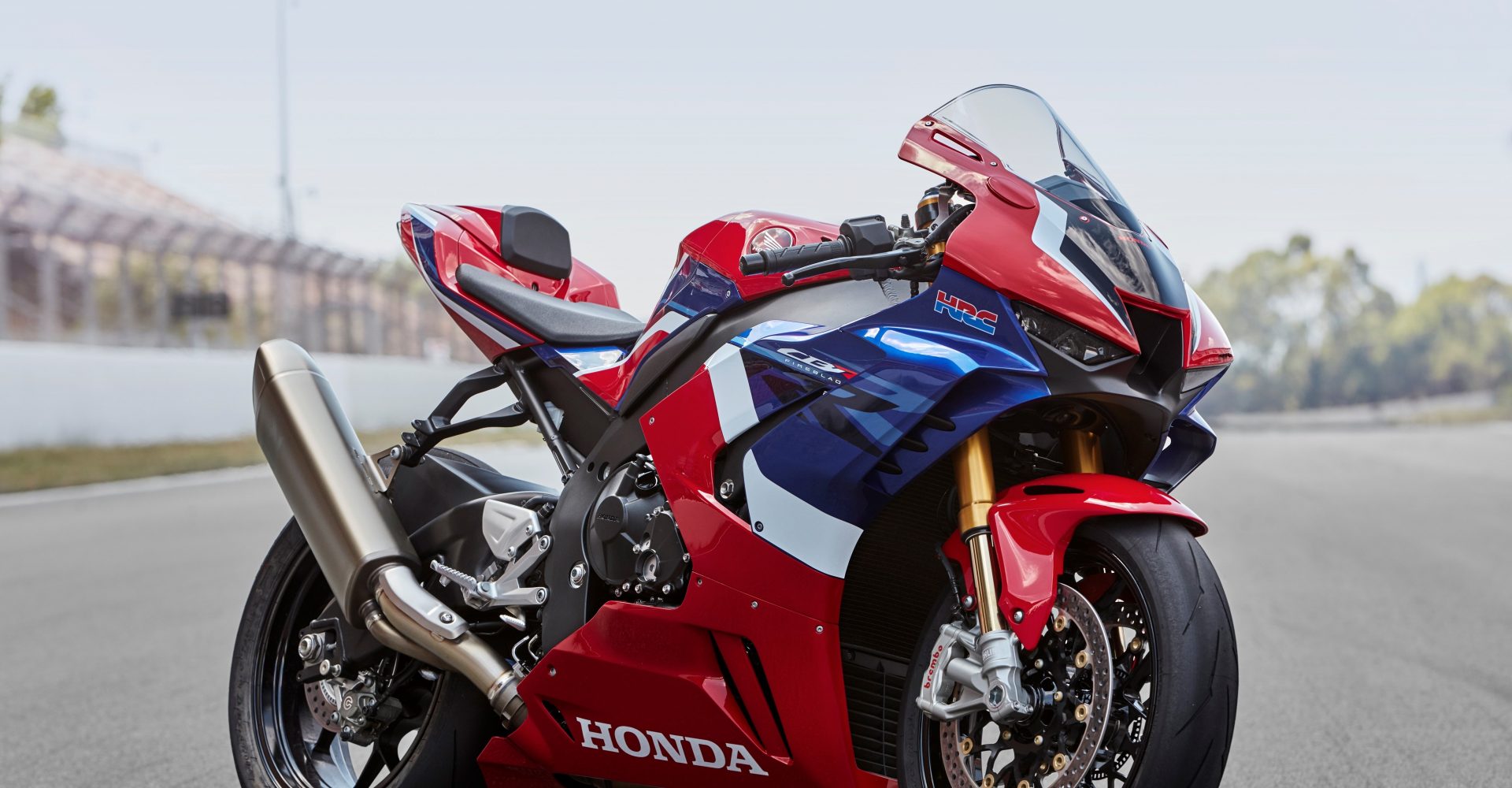 Designed to challenge the Ducati Panigale V4R for superbike supremacy, the new Fireblade packs 215bhp from a 999cc inline-four engine.

Weighing just 201kg with fluids, the Fireblade has been graced with a variety of mechanical and styling upgrades over the older bike.

The engine has been given a new top end while a diamond-like coating has been applied to the cams, helping to reduce friction and improve performance. It allows the bike to produce 26bhp more than the older Fireblade.

A new exhaust system has been fitted, along with a silencer from Akrapovic. A new design helps to reduce the exhaust’s size by a third while allowing it to comply with the latest Euro5 emission regulations.

The wheelbase has been increased in size by 48mm over the old Fireblade, helping with stability, while the crank is further and higher up from the front wheel to improve high-speed cornering.

Launch control is included as standard and the throttle has been updated for faster response when at part throttle.

The bike’s fairing has been completely redesigned, too. The fuel tank is lower than before while a new screen improves airflow, according to Honda. The lower fairing, meanwhile, has been extended to help channel more air downwards.

This change helps to lower drag over the tyre when riding in the dry while reducing the amount of water hitting the front tyre in the wet.

Honda has yet to announce pricing for the new Fireblade, but expect this to appear over the next few months.