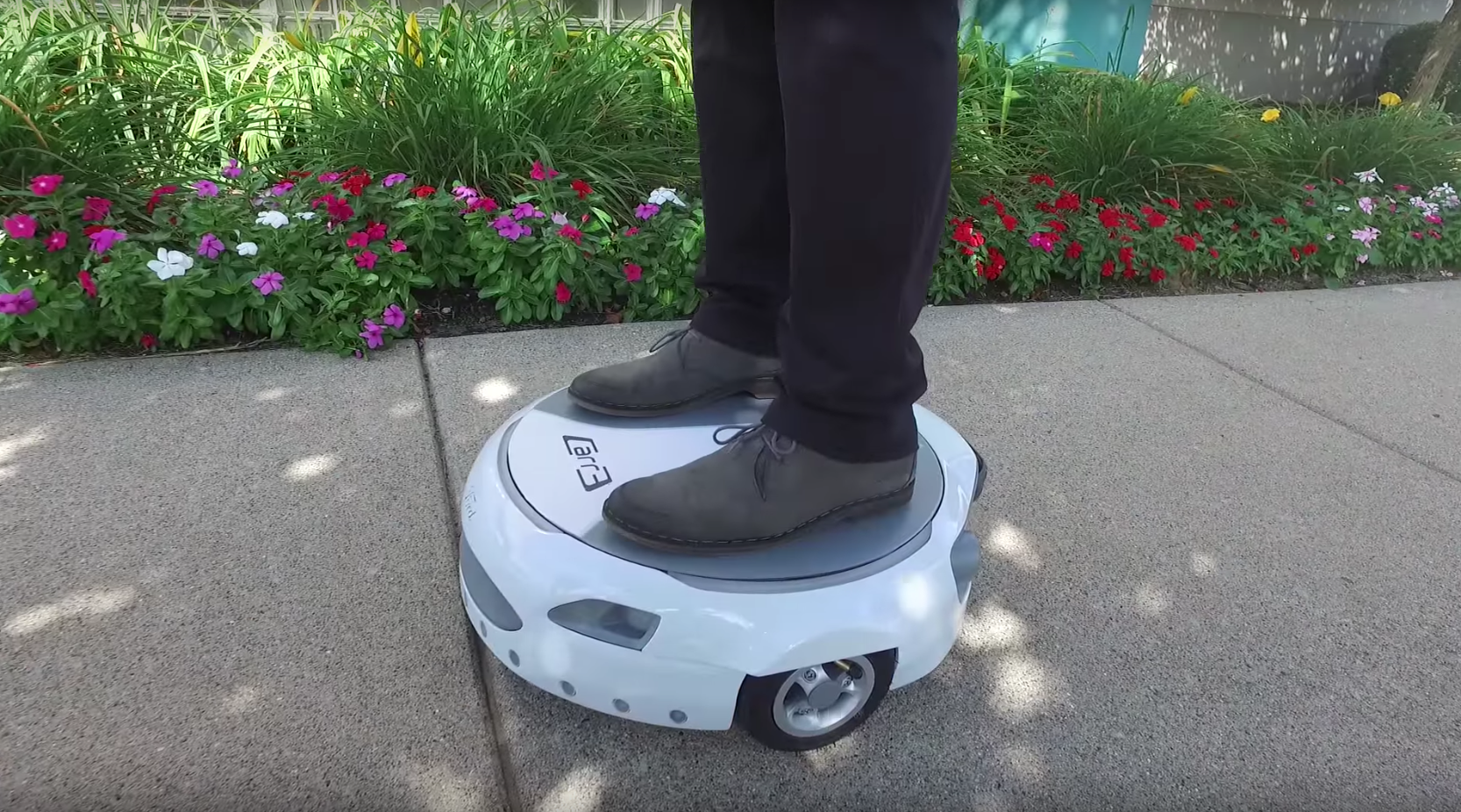 Do you work in a city but hate walking? Well, you’re in luck, because Ford has unveiled a new mode of transport for urban areas.

Vas describes his invention as a way for (slightly lazy) drivers to complete the last mile or so of their journey when they have to park a sizeable distance from their destination.

The Carr-E, which is made up of a four-wheeled circular platform, can carry (get it?) 120kg for up to 14 miles at a top speed of 11mph. What’s more, it can transport objects as well as people, with the vehicle following a signal from an electronic transmitter.

Talking about his new tech innovation, Vas said: ‘We really need to reinvent the wheel, to find new approaches to mobility. When developing the Carr-E, I was inspired by Ford’s expansion into both an auto and a mobility company, but I’m also aware of how rapidly cities are growing and how getting around urban areas will become progressively more complicated.

‘I really wanted to create a device that makes commuting easier and more fun.’

It certainly looks fun to us!

The Carr-E is just one of the inventions by Ford employees to be shortlisted for the finals of the company’s Last Mile Mobility Challenge. Other contenders include the eChair, an electric wheelchair with an autonomous vehicle loading system, and the TriCiti, a folding electric tricycle that transforms into a shopping cart, stack trolley or golf buggy (and is probably also extremely proficient at fighting Decepticons).

You can watch a video about the Carr-E here: