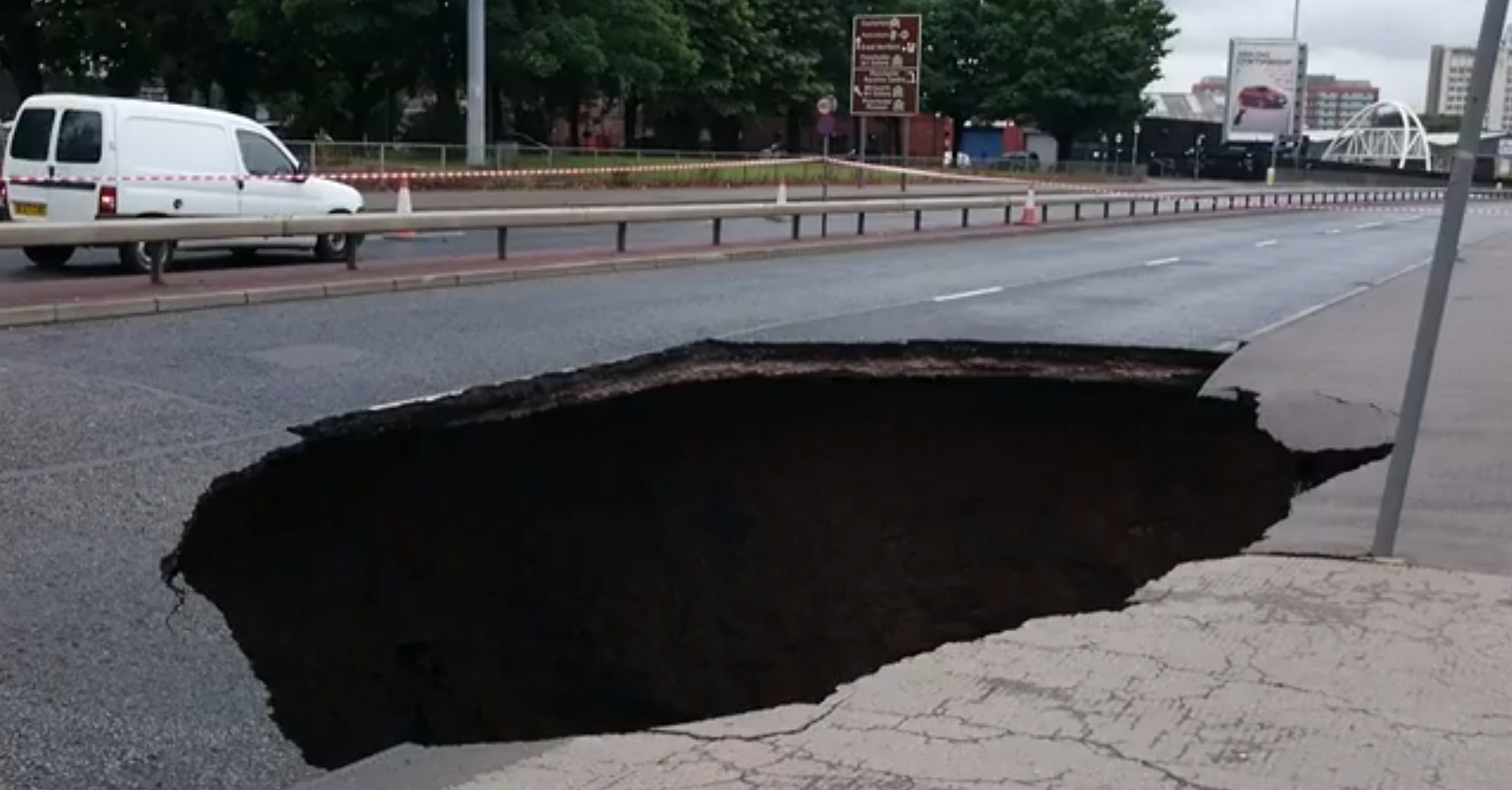 Pity the poor motorists in Manchester.

Not only are they suffering torrential rain and flooding but a sinkhole 40ft deep and 15ft across made a sudden and unwelcome appearance at the Ancoats end of the A635(M) Mancunian Way soon after midday today.

My initial thought was: 'this is not good' pic.twitter.com/Y0suzCpFrQ

It’s understood that a collapsed culvert or sewer caused the horrific, gaping hole.

No vehicles or people are believed to have fallen into it, fortunately, and engineers have been assessing the damage, but it’s reckoned the major commuter route could be shut for weeks as there are fears the hole could spread to both sides of the carriageway.