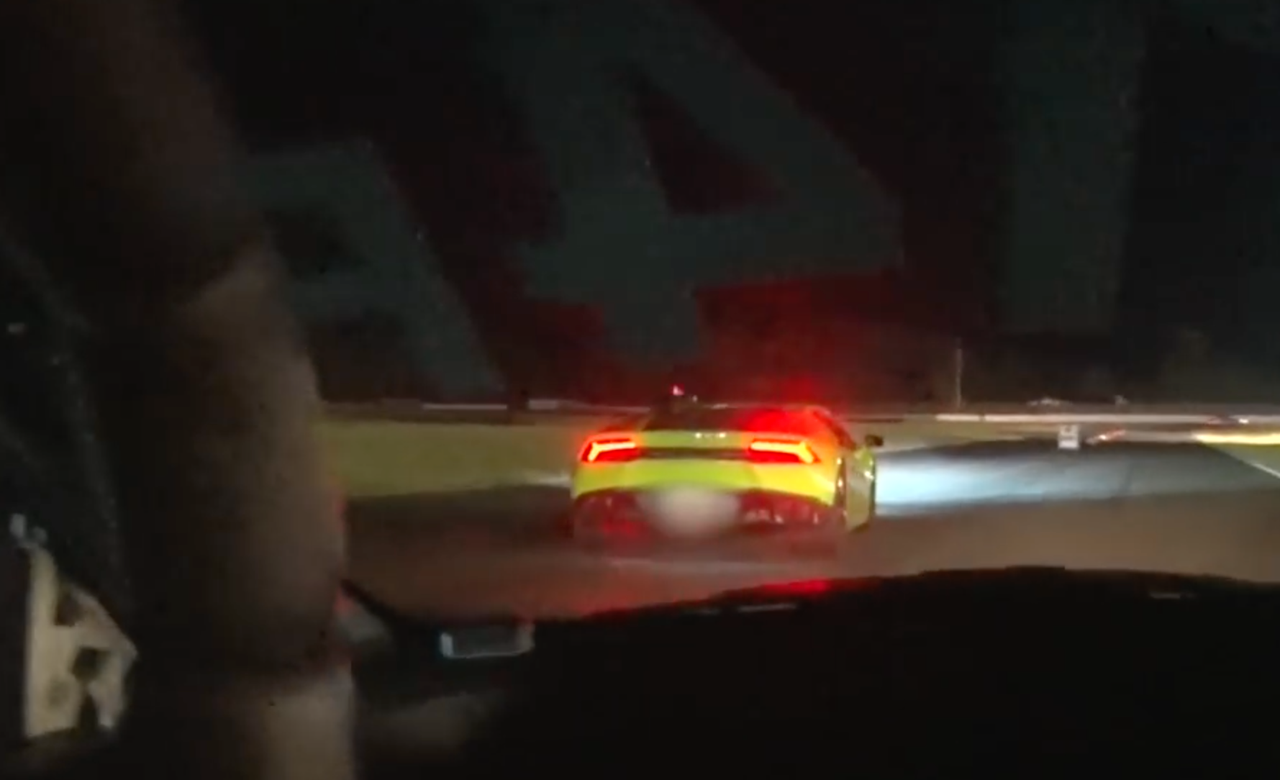 Losing graciously is something that requires many years of honing to perfect.

Unsurprisingly, many remain in the realms of the awkward sulk when they don’t win. However, a Lamborghini driver at a race meet Down Under went ballistic over a bet.

The over-confident Australian took offence at a Nissan R32 Skyline, owned by an equally competitive kid. Convinced that his stock Huracan could beat the R32 in a rolling start drag race at Queensland Raceway, he presented the challenge.

Money – a total of 9,000 Australian dollars, which is about £5,500 – changed hands and the two hopped behind their respective wheels.

Despite jumping the start, the Lamborghini was soon left standing by the R32, which left it trailing five or six cars behind at one point. However, it seems the Nissan driver misled Lambo man somewhat as to the Skyline’s capabilities.

The Lamborghini’s in-car camera catches its driver’s rage, and things soon escalate when the pair return to the pits. Smelling a rat and announcing that the deal is off, the Lambo driver begins to beat up his opponent, leading to him getting kicked out of the circuit.

See the fracas below.

They both seem as bad as each other in our eyes but what’s your take on it? Have your say in the comments section.