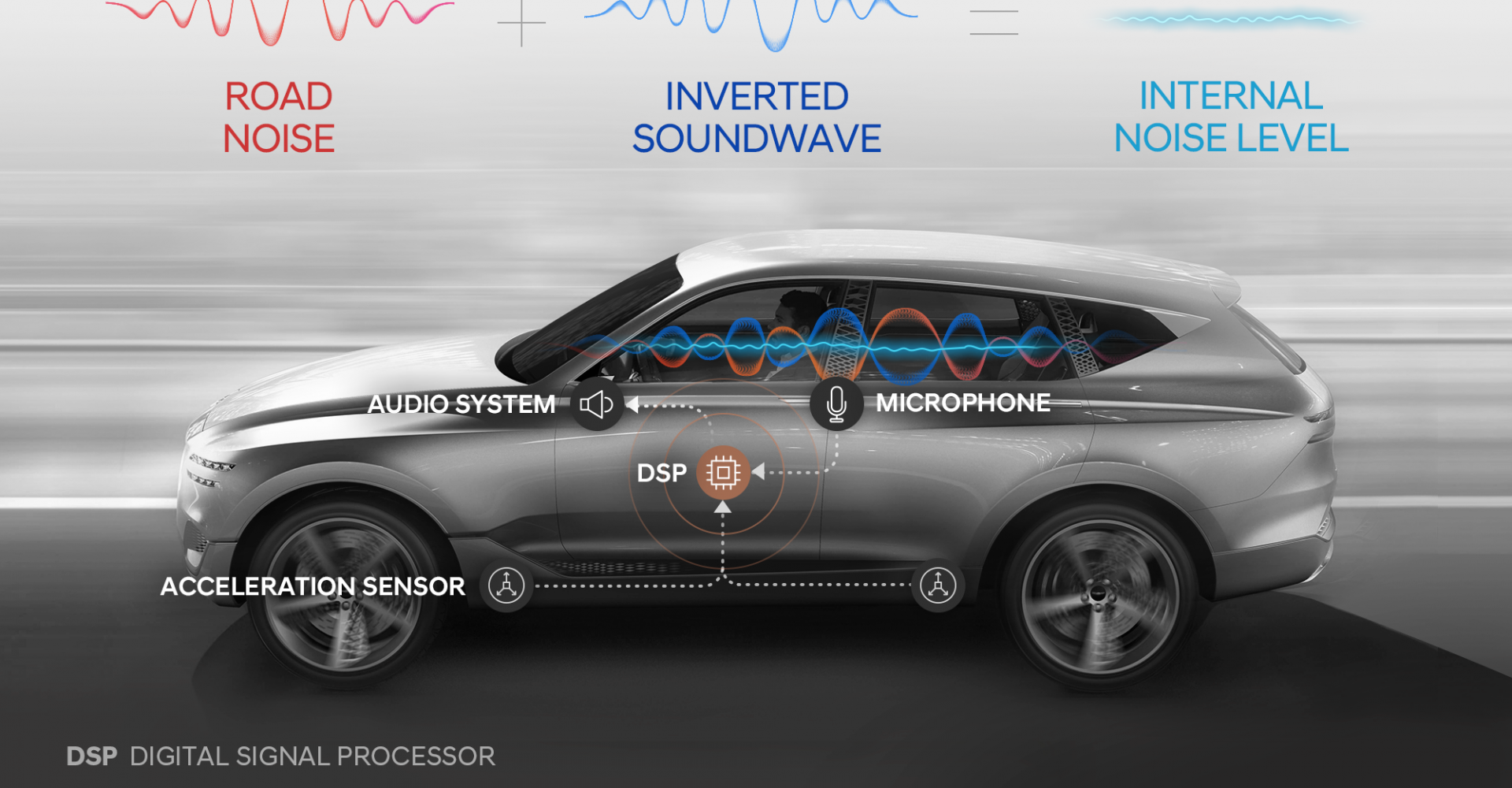 Hyundai is declaring war on road noise, with a new technology aimed at almost eliminating it from the cabin.

Dubbed Road Noise Active Noise Control (or RANC), it’s said to cut noise coming into the cabin through the chassis and engine by three decibels over existing technology.

It builds on the firm’s own Active Noise Control system (ANC), which is said to be a software-driven tech that actively counters exterior noise. Hyundai says one of the flaws with this is its ability to only work against noise at a constant engine speed, which RANC is said to fix.

It works by picking up vibrations from the road via a variety of sensors, with those sound waves then countered by an inverted sound wave to minimise what comes into the cabin. Hyundai says its three-decibel reduction provides RANC-enabled cars with roughly half the road noise of the same vehicles without the tech.

Said to have taken six years to develop, Hyundai is in the process of patenting the technology before applying it to its vehicles. The first will be an upcoming model from its global market Genesis firm, though expect RANC to soon trickle down to its vehicles sold in Europe.

Gangdeok Lee, a research fellow at NVH Research Lab, said: “RANC is a remarkable technology which takes existing NVH technology to the next level. We will continue to take the leading position of NVH technology and deliver the highest level of quietness to customers.”