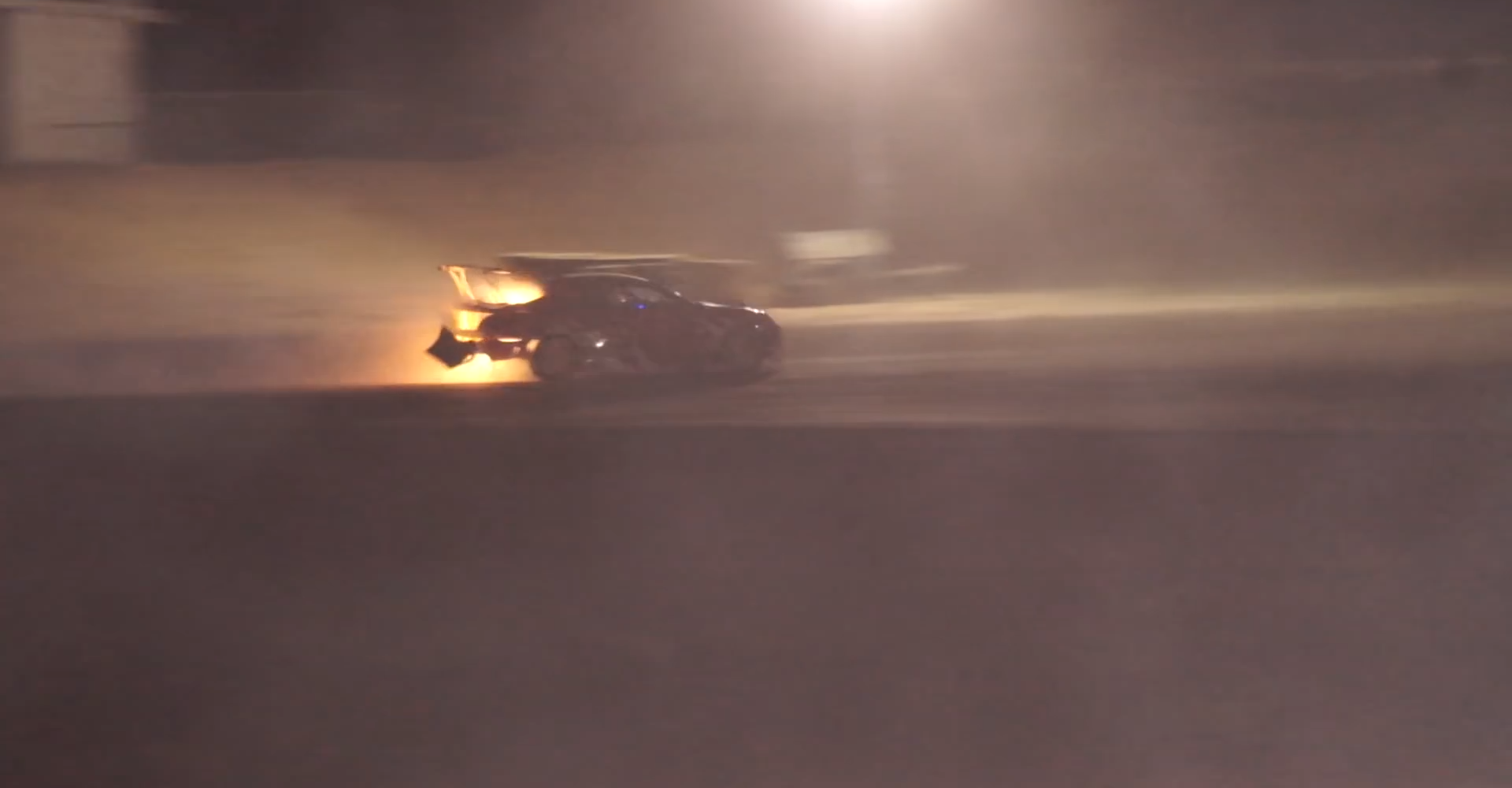 Drifters are famous thrill-seekers, but one driver REALLY turned up the heat.

Halfway through a drift, this Hyundai Genesis bursts into flames and continues around the track.

The 1,000hp supercar is then chased down the unidentified course by a fire crew, but instead of bringing the car to a stop the driver makes the crew wait until he’s completed his lap.

An overfilled fuel tank was reportedly responsible for the blaze, but the driver remained calm when the heat was on.

Luckily, nobody was hurt and there was minimal damage – and with a new rear bumper and repaint, the South Korean motor will rise like a phoenix to race again.

Check out the clip of the Genesis, smoke billowing from the engine – spoiling the spoiler – as it roars around the track, making for one of the hottest videos we’ve seen for a long time. (NB: Contains explicit language.)