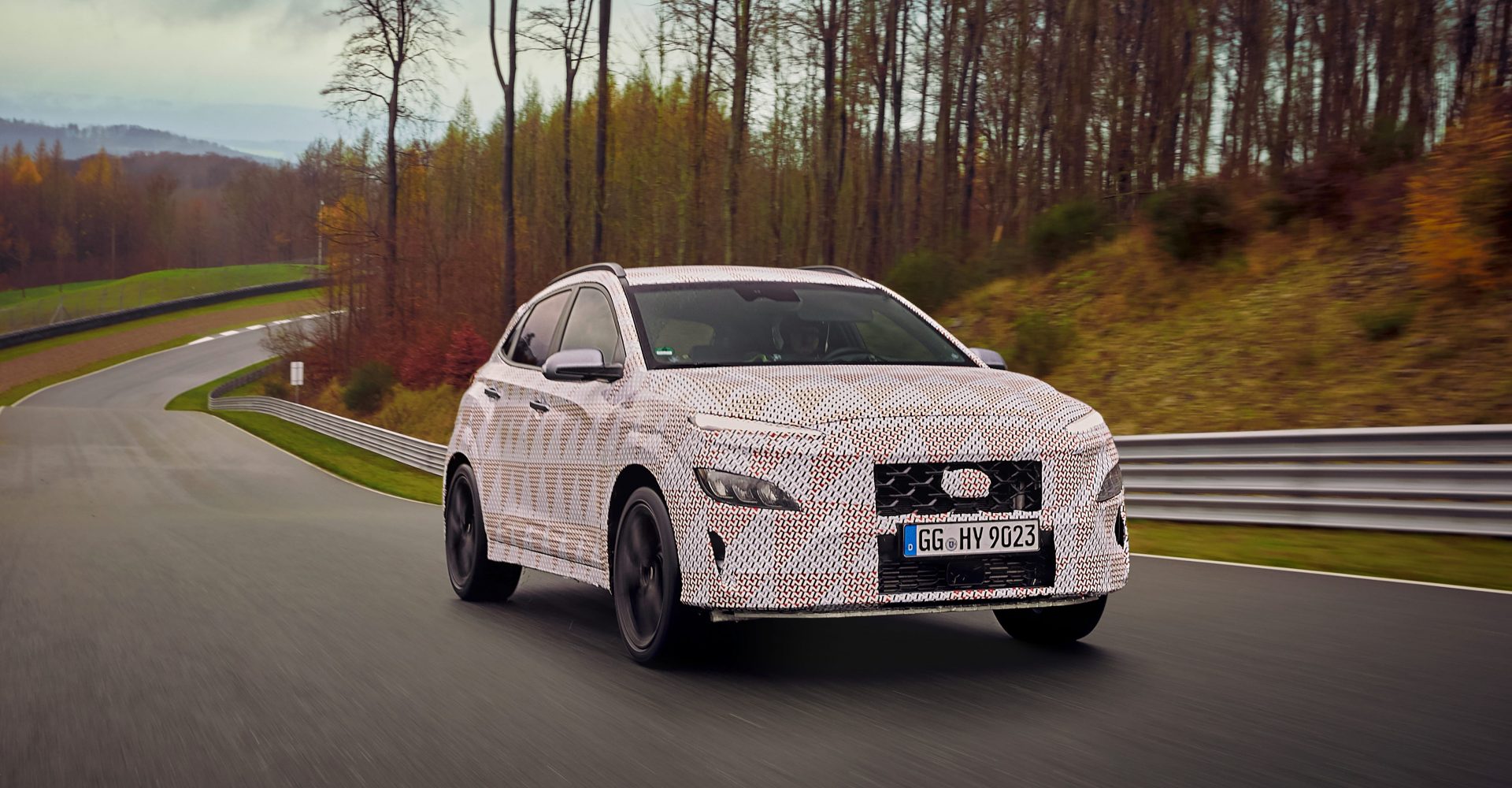 Hyundai has given a glimpse of the latest vehicle to join its ‘N’ range of performance vehicles – the Kona N.

Marked as the first ‘N’ SUV, the Kona N uses a 2.0-litre turbocharged petrol engine linked to an eight-speed dual-clutch gearbox which will help to deliver seamless shifts. Launch Control will also allow the Kona N to sprint away from the line as efficiently as possible.

Though not yet confirmed, it’s likely that the Kona N’s engine will produce a similar amount of power to the 2.0-litre unit fitted to the smaller i30N. There, it pushes out 247bhp in standard form, though an N Performance version kicks out 276bhp and 392Nm of torque. There’s a good chance that an N Performance variant of the Kona N will follow on from the release of the standard car.

Till Wartenberg, vice president and head of N brand management and Motorsport sub-division at Hyundai Motor Company, said: “The all-new Kona N is the first ‘hot SUV’ from the N brand.

“As a ‘hot SUV’, it will have plenty of versatility as well as the driving pleasure like any other N vehicle. Enthusiasts will enjoy taking this car anywhere; from road to the track.”

As is the case with the i30N, the Kona N will likely incorporate a range of enhancements over the standard Kona, with upgrades such as larger brakes and uprated suspension incorporated into the car’s setup in order to improve its overall performance.

Hyundai has said that it is due to announce more details on the Kona N ‘in the coming weeks’.