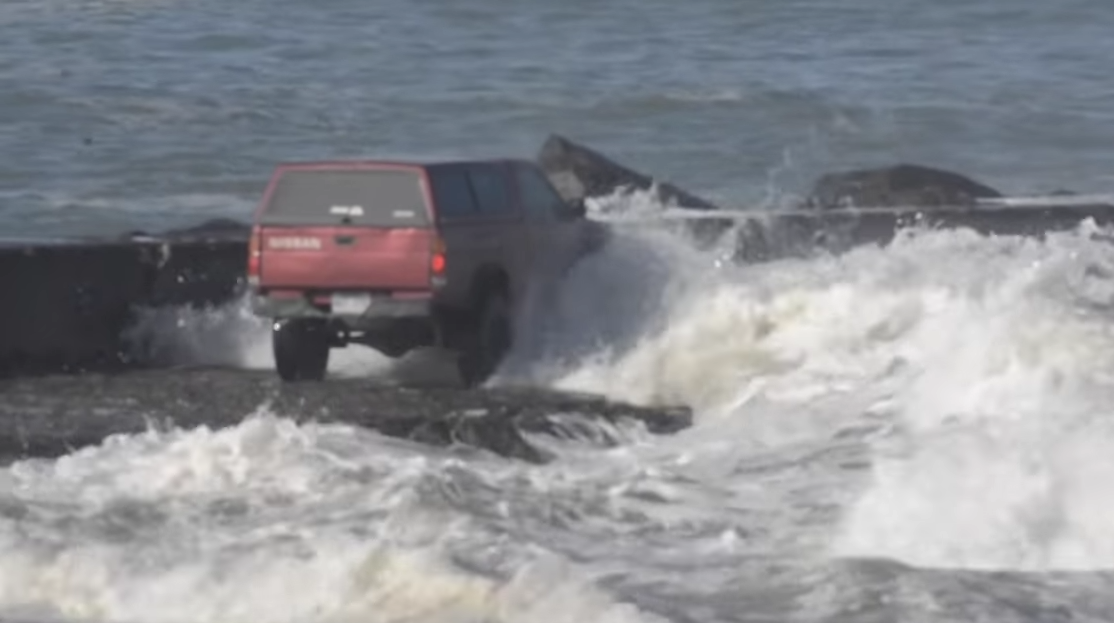 Pick-up trucks and 4x4s are popular in America because of their go-anywhere capabilities.

However, the driver of this particular Nissan truck discovered that there are always limits, and driving out to sea in a storm is probably best avoided in anything that isn’t a boat.

Incredible footage captured by someone walking along the beach shows the lifted truck driving out along Humboldt Bay’s North Jetty in California during choppy seas.

The man can be seen casually rolling along as waves crash over his vehicle and even push it sideways at one point.

Eventually he gets stuck in a hole and can’t move. He jumps out of the stranded truck and looks for a way to escape, but to no avail.

Fortunately for our hapless explorer, someone had called the coastguard, which sent a helicopter to pluck him to safety.

Incredibly, the car survived the storm and is still parked precariously on the end of the jetty waiting for its owner to retrieve it. Hopefully he’ll wait until the weather’s improved…

To quote a fictional compatriot, stupid is as stupid does…