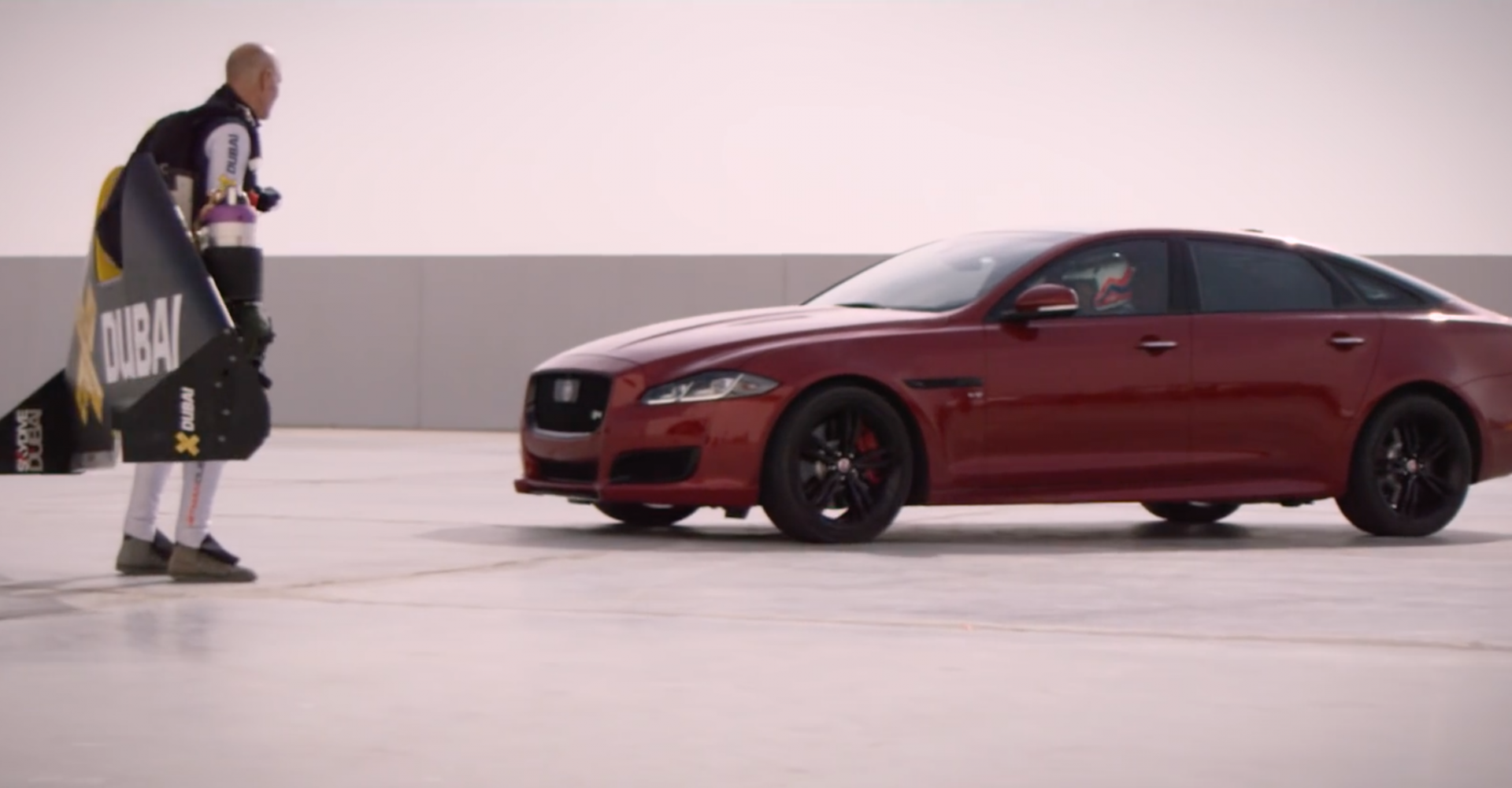 Do you ever look up at an airplane as you speed down the motorway and pretend you’re racing it?

But Jaguar did, and being Jaguar it went one better.

Teaming up with Yves ‘Jetman’ Rossy, the British luxury car manufacturer has produced a promotional short to advertise the new XJR.

A red aluminium XJR, driven by Formula One legend Martin Brundle, speeds along a two-kilometre straight in the middle of the Dubai desert, racing Frenchman Rossy who is 2,500 feet above while strapped to a carbon-fibre wing that’s capable of 186mph thanks to four micro-engines.

With a top speed of 174mph and having to contend with a right-hand turn on sand and gravel, the high-performance version of the XJ saloon fails to beat Rossy. No surprises there. But boy, does it all look rather good!

The XJR may not be that much slower with its supercharged V8 engine but its acceleration is still far off the jet wing’s, which Rossy boasts has ‘almost Formula 1 speed acceleration’.

He steals a win mere seconds before the Jag crosses the line, with Brundle quipping: ‘Let’s make it best of three then.’

Watch the amazing race below: