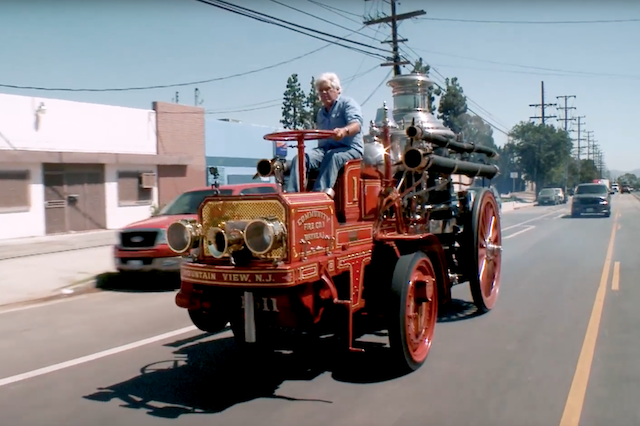 When you think of vehicles cruising through LA, you probably have images of a drop-top Mustang or perhaps a blinged-up Rolls-Royce.

Well, chat show host Jay Leno decided he would rather take his Christie 1911 fire truck into Los Angeles instead, which is one of the first trucks supplied to the LA Fire Department 106 years ago.

From a time when brass cars were modern, this astonishing rig is surprisingly modern.

As Leno points out, the attachments section for hoses can accommodate latter-day ones, so effectively you could still run the truck as a modern piece of fire apparatus.

It can also pump more than 1,000 gallons of water a minute – pretty much what today’s modern fire appliances are capable of.

The story behind Leno acquiring the truck is fascinating and points to a problem that many classic vehicle enthusiasts face today, which is actually having someone who knows how to look after them and rebuild them.

It’s a very enjoyable episode because it’s something just a little bit different to all those ‘tiring’ Bugattis and Ferraris he normally drives. And besides, brass vehicles are very, very cool.