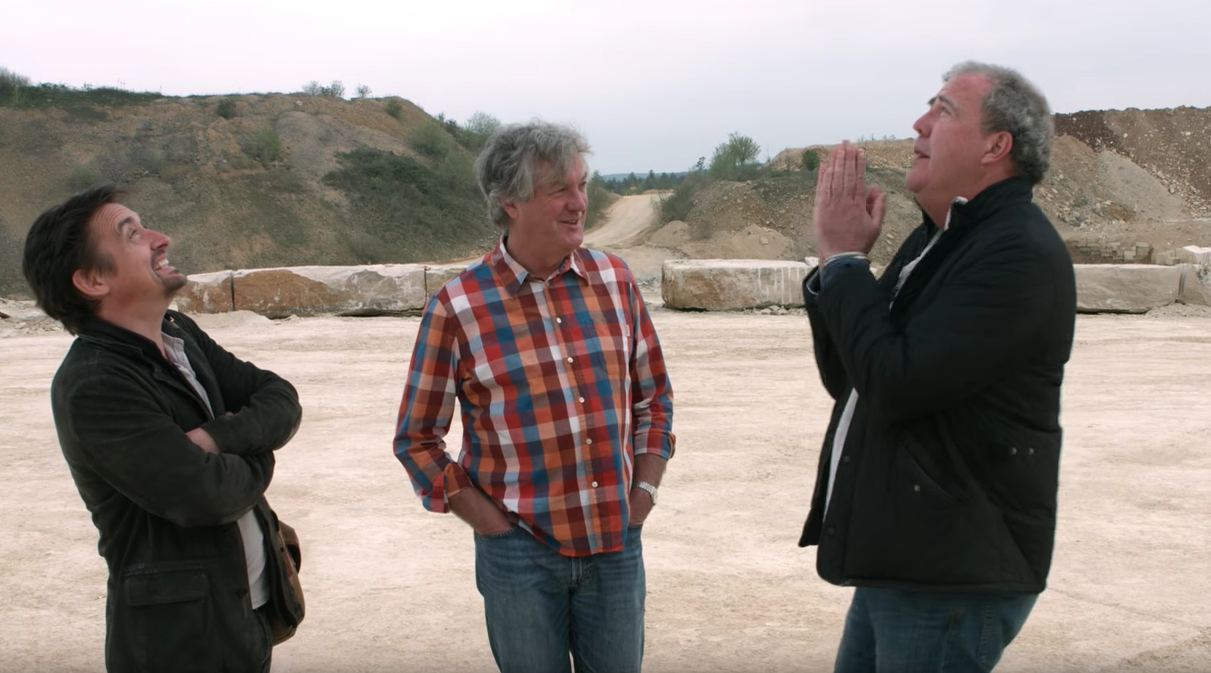 Jeremy Clarkson, Richard Hammond and James May. Since they’ve been off our tellyboxes for a while now, it can be easy to forget why exactly they were adored the world over. So, this new teaser for their Amazon Prime show The Grand Tour – soon to be hitting the internet – is a timely reminder.

They’ve been making the kind of hilarious, beautifully shot films we came to know and love on Top Gear. And what’s good about that is they’re embracing the interwebz and giving us some hilarious behind-the-scenes footage via YouTube.

We’ve already seen the awkward moment when they realise their rented Range Rover might be a little bit broken, and now they’re back with a brilliant anecdote about the moment Clarkson found God.

The tale begins with everyone’s favourite loudmouth sitting in the passenger seat of a rally car with ‘the worst hangover ever‘. As the countdown to the start begins, Clarkson prayed that ‘if there is a God, please intervene now’. And to his shock/delight, the car went bang. Hoping his prayers had been answered, he jumped out to inspect the damage, and without an ounce of mechanical knowledge proclaimed: ‘Yeah, your driveshaft’s gone!’

Much to the amusement of his cohorts, Clarkson reveals he had absolutely no idea if that was true, he just didn’t fancy doing the stage! Ah, this is the kind of chemistry and comedy we’ve missed…